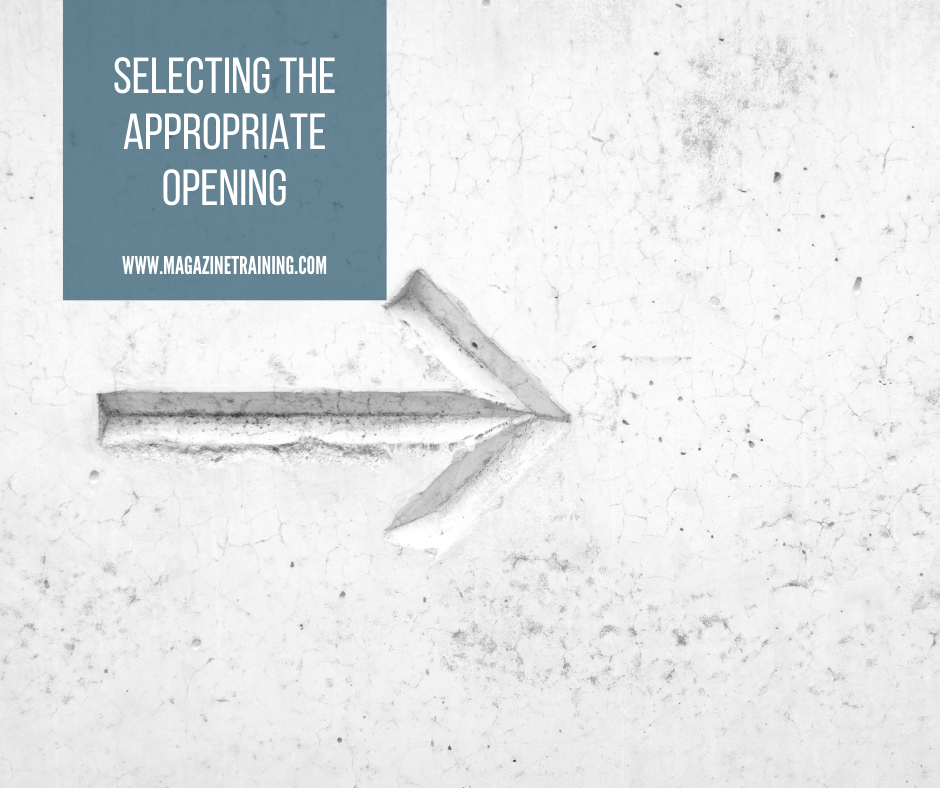 Leads are like tools in a tool box. A tool is designed for a specific job. While a screwdriver may be used to hammer a nail, it isn’t recommended. In some cases, the wrong tool just won’t work. Try using a claw hammer to remove a sticky screw. Nonetheless, some tools just get more of a workout by virtue of their usefulness. Hammers, for instance, fulfill a deep desire in many of us to strike objects, even when we’re not trying to be constructive. This tool is used over and over and over again. In the worst case, a person with a hammer sees every article as a nail. The hammer may be compared to a type of lead known as the summary lead. This lead packs the sentence with all the essential information to understand the article.

A summary lead provides a one-sentence, nor more than a two-sentence summary of the article. Summary leads may be up to 35 or 40 words in newspapers such as The New York Times, considered the premium newspaper in the United States. The New York Times is known for its international news coverage and its coverage of public affairs including reprints of speeches.

These summary leads are long because they are trying to answer all the questions mentioned these blog posts (“The chocolate-covered almond” and “Using the 5 Ws to answer questions that are important in an article“), who, what, where, when and sometimes how and why. The why question is particularly difficult to integrate into a lead. Imagine reducing the reason something happened to a short phrase. Generally, it will take a separate sentence or a paragraph to provide the most rudimentary explanation. For instance, answering the question “Why did the fire begin?” may be answered briefly by saying “an electrical short sparked a fire” to a more complicated explanation on the nature of charged energy and friction.

A more common approach to the summary lead is to say who did what. The lead could be a kind of formula where two or three of the W’s are answered . . . but not all of them.

Who did what? The idea is to put a person’s name in the first spot and the action in the second spot.

Did what? Won an art contest.

This type of summary lead only answers two of the five W’s yet it does the job. When writing these leads, select a strong verb that conveys action or your lead will be limp.

For instance, avoid summary leads such as this one with a weak verb.

An alcohol-dumping party occurred over the weekend at Glendale’s oldest college.

In this case, the what was the first element followed by the when answer.

The what? An alcohol-dumping party.

The when? Over the weekend.

The verb “occurred” is very weak. In addition to being the language’s most frequently misspelled word, occurred doesn’t convey specific action.

By substituting a stronger verb, the writer sometimes can solve other problems with the lead. For instance, take our friend Bennett. You could write,

The who? Virtual reality Brenda Bennett.

The problem: The lead doesn’t tell me the topic. Since none of us know anything about Bennett, knowing what she had to say in one abbreviated phrase would be a big help.

a speech before Colson College students.

In this case, the lead tells us who said what and it gave the reader some context for the remarks. This lead has the following arrangement.

What kind of lead would you write if you were assigned to cover criticism of one elected official for her organization? Here’s the background. That happened at Franklin College when junior Deanna Barthlow published a letter to the editor of the student newspaper, and criticized her student organization for its ineffective approach to conducting business. At a meeting following the publication of her letter, the other members of the group, known as the Student Senate of Franklin College, listened to her read the letter and then responded. Some agreed; others didn’t. Senate President Bob Tyson responded by listing a number of accomplishments of the senate in the last six months. He went on to say that the senate exists to improve student life and suggested that the letter might be the motivation his group needed to excel.

Here’s one possibility for a lead.

Junior Deanna Barthlow stirred up some controversy around campus with her letter written about ineffective student government in the Jan. 20 issue of the Express student newspaper. (For news and feature articles, the month is abbreviated when with the date.)

While that lead sounds good, it’s missing the latest news–then Senate President Bob Tyson wanted to use the critical letter to improve his organization.

By playing the game, “What’s new?” the writer can focus on the latest and most important development of the story in the very first sentence.

Student senate President Bob Tyson is denying that apathy lurks within his organization in response to a negative letter published in the recent issue of the student newspaper.

This lead is an improvement over the first one because it provides a partial answer to the “What’s new?” question by saying that the president doesn’t agree with the letter writer. However, this lead still fails to give the reader the absolute latest in the article–the idea that the president, despite his misgivings about the letter, hopes to use it to improve the senate.

Here’s a lead that puts the latest news in the lead and uses an economy of words.

The student senate is running a negative letter to make some positive changes.

The story went on to say that the senate president urged the members to return to the next meeting with a fistful of ideas to rid the organization of its inefficiency.

Tip:  While the lead above, 13 words total, may not look like the same kind of lead in The New York Times , it is. It summarizes the new story and gives the reader a clear idea on what to expect in the following paragraphs. Future chapters will describe other types of leads, other tools, and situations that demand an approach other than the summary lead. However, a good rule of thumb is the shorter the lead, the better. A corollary to that rule is to strive for 12 to 15 words to jumpstart your article.

Regardless of the type of lead or sentence word length, a lead must be supported by the rest of the article. An article that begins with a dispute about a critical letter must maintain that focus and not veer off into some unrelated issue such as a problem with dormitories, pollution or the coming drought.

All the leads about the critical letter were written by students, writers who knew no more about publishing than the person who has read thus far in this book. By concentrating on answering the “What’s new?” question, you, too, will be ready to write summary leads. Tell the most important information first and the summary will be both efficient and appropriate. For practice, read a newspaper such as The New York Times  and identify 10 summary leads. Then, type, literally type, those 10 leads on a typewriter or personal computer. Feel the rhythm of the words.

Notice the syntax or the word order. After typing those leads, read them out loud and get accustomed to the sound that this kind of writing makes.

Be advised. Summary leads, like any tool, work best, when they are used for a specific purpose. In breaking news, news that is unexpected and ongoing, the summary lead is very useful. A news story about a kitten who survived being sucked through the city’s leaf-gathering equipment, while news, lends itself to a non-summary lead.

In the case of the kitten, the maintenance crew adopted it and named him–you guessed it–Hoover.