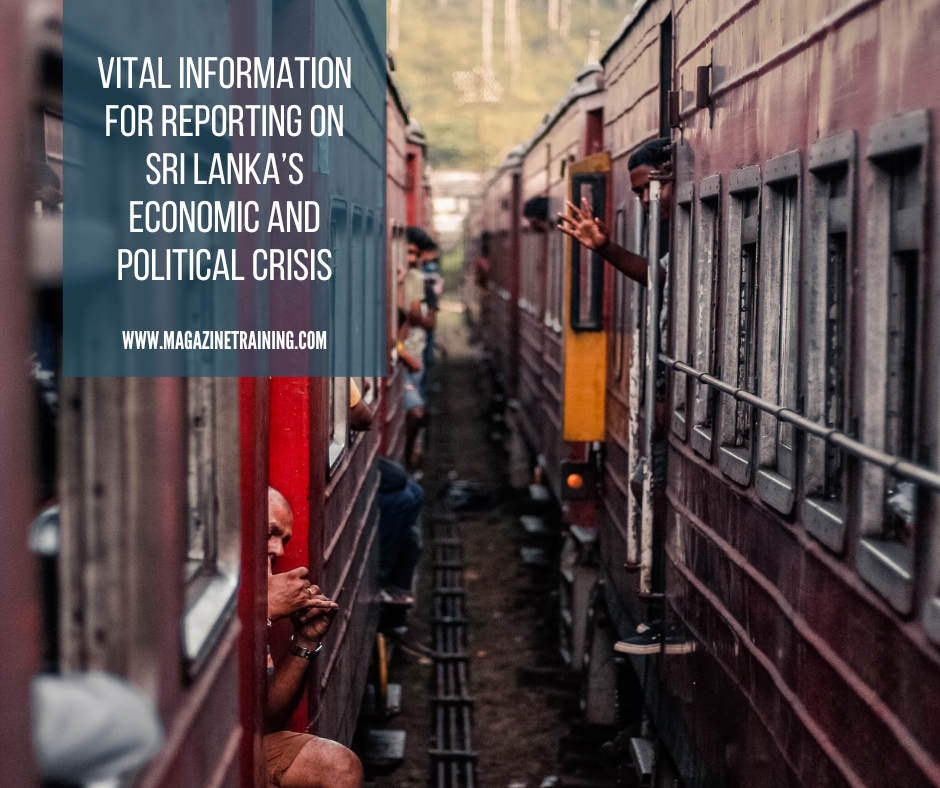 Sri Lanka has yet to recover from a civil war that ended in 2009 as the roots of the country’s longstanding ethnic conflict remain unresolved. In recent years, too, the island nation of 22 million has struggled with pervasive corruption and authoritarianism under the leadership of the Rajapaksa family.

Most recently, an economic crisis has evolved into a political crisis. Protests have swept the nation, leaving uncertain the country’s political future. Journalists reporting on the crisis have been attacked by state security personnel. While a broader crackdown in the near-term now looks unlikely, the ruling Rajapaksas’ reputation for repression and the suppression of dissent means that larger spates of violence cannot be ruled out.

I turned to Kusal Perera, a senior journalist and political analyst based in Colombo, to help provide context and additional information, to assist international journalists reporting on Sri Lanka today. Perera, who used to write a regular column for the Daily Mirror, has written about the crisis on his personal blog, here and here.

What do journalists need to know about Sri Lanka’s economic and political crisis?

Sri Lanka’s political crisis is about a growing external trade deficit. Since the opening up of the market for free trade by President J. R. Jayewardene in 1978, and [introducing what] is commonly called the “open or free market,” Sri Lanka has never been able to cover the cost of its imports with export income.

All through 40-plus years, the external trade deficit has kept growing with every government voted in, compelled to seek dollar loans by numerous ways to bridge the deficit. A deficit that grows without any government paying attention to imports since freeing trade.

The COVID-19 pandemic was used as cover for the growing economic crisis by the present Rajapaksa regime that was brought back by the larger majority of the Sinhala-Buddhist constituency. They continued with heavy corruption, least concerned about dwindling foreign reserves. In just two years, foreign reserves depleted by 70% to US$2.3 billion by February 2022.

How does the economic crisis affect people’s daily lives?

Sri Lanka is unable to import most essential fuel, LP [liquified petroleum] gas, medicines and essential daily needs. A severe shortage of fuel leads to five- to seven-hour electricity cuts for now. The crisis is everything from shortages, inflation, rising cost of living, loss of economic space for the majority in the informal sector, and disruption of mobility.

Breakdown of services, and the uncertainty it creates has left wholly unplanned lives for people. That same uncertainty has left the manufacturing industry also in a dire situation. The export manufacturing sector, especially the apparel sector, feels threatened by possible pull-outs by buyers and brands who would want stability and uninterrupted production. This leaves employment of thousands of workers under severe stress.

What are the demands of the protesters?

Initial protests broke out in rural areas during September-October last year before the major paddy cultivation season in opposition to the total ban on chemical fertilizers and other chemical agri-inputs imposed as directed by President Gotabaya Rajapaksa during the end of April 2021. These farmer protests gained more thrust with tea smallholders also protesting, demanding agri-inputs. This brought to surface the major debate on foreign exchange and an impending economic crisis.

With President Rajapaksa compelled to reverse his claim in November 2021 to be the first country to go clean and green on agriculture with organic fertilizer, and lifting the ban on chemical fertilizer, farmer protests slowly receded, but left an agitated society over shortages of essential food items and a rapid spike in prices.

Photo by Eddy Billard on Unsplash