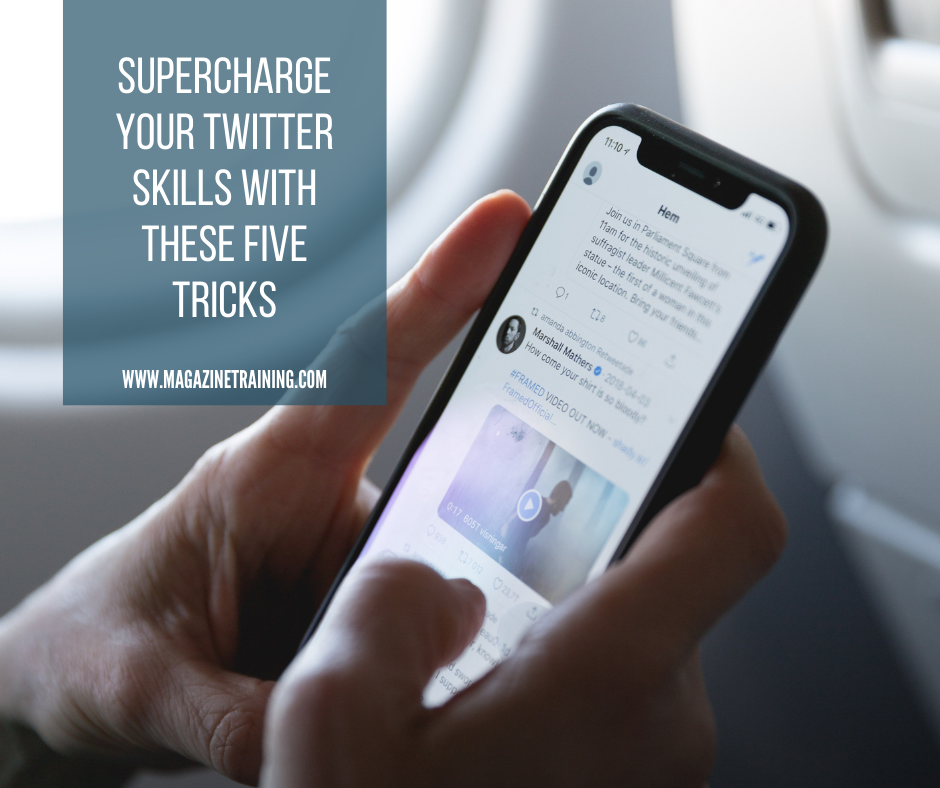 Like all social media platforms, the app doesn’t stand still. In the past year alone, it has introduced — and then closed — a stories feature (Fleets), and moved into the social audio arena with Twitter Spaces, their own version of Clubhouse. Twitter has also begun piloting a paid version of the service in Canada and Australia.

In the meantime, for all of this innovation, there are also those who prefer that they simply focus their energies on introducing an “edit” function. Given my propensity for typos, I confess I am one of them.

Until that happens, there’s plenty of existing functionality that often goes untapped. Here are five ways journalists can up their Twitter game.

Threads are one of the most common ways journalists use Twitter. They’re a great way to break down complex stories, report on breaking news and enable audiences to dive deeper into a topic beyond the confines of a single 280 character tweet.

Although they are used often, many of us could benefit from being a bit more deliberative with our threads.

By keeping your thread visually appealing, you should seek to use the full spectrum of creative tools at your disposal. Use images, charts, GIFs, memes, videos, etc. as well as quotes/paraphrasing, of varying lengths.

Be sure to link to other people tweeting about this topic, by tagging relevant people and places (by @theirusername) to encourage retweets. This includes other journalists and official sources.

Links are your friend. However, they’re often lacking. Tweeting about a report? Provide a link to it. Press conference being carried live? Share where users can watch it. Reporting on a new blockbuster exhibition? Explain how your followers can get tickets.

Lastly, alongside numbering your tweets — handy if people find or follow content out of sequence — consider a recap or another tweet that makes it clear when the thread is finished, rather than just having the sequence stop abruptly or fade out with a whimper.

This one is pretty short and sweet. Want to know who has shared an article you’ve written but not @ you in their tweet? Never fear, there’s a very simple solution for that.

Simply post your URL in the search bar and hit return. It will then show you every time that specific URL (including when it’s been shortened) appears on Twitter.

Photo by Marten Bjork on Unsplash