Reporting on refugees during the pandemic in Egypt and Morocco 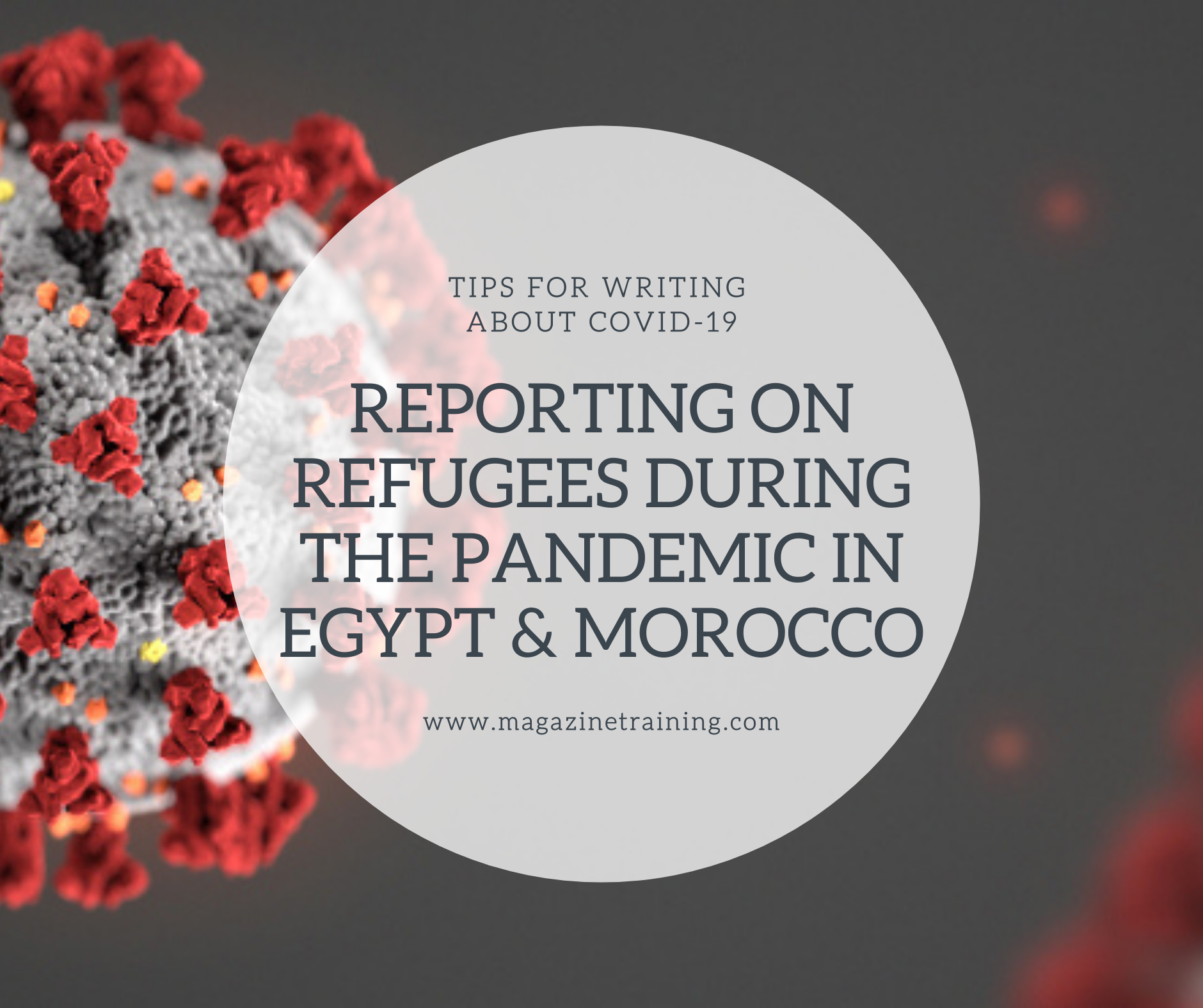 The COVID-19 pandemic has aggravated the challenges typically faced by refugees. As the world continues to claw its way out of the global health crisis, the responsibility journalists hold to report their stories has become ever more critical.

Across the Middle East and North Africa, journalists have produced high-quality, engaging reporting that shines a light on underreported aspects of what life has been like for refugees during the pandemic.

In this article we take a closer look at five examples in Egypt and three in Morocco of this critical journalism, which participants in an ICFJ-Facebook Journalism Project training program have undertaken — and the challenges they navigated during their reporting.

Freelance investigative journalist Shehata El-sayed reported an investigation called Egypt: Sexual Violence against Women Refugees on the Rise, which was published by Daraj Media in both English and Arabic. El-sayed recalled the extra care he took when reporting on the sensitive issue of sexual assault. “The first challenge was to find victims who would be willing to discuss what they have experienced,” he told IJNet. “Another challenge was to be able to support those victims psychologically. A third challenge was the difficulty of conducting interviews with the survivors during COVID-19, using remote communication.”

Investigative and data journalist Mahmoud Eltabakh’s cross-media report entitled Coronavirus Prisoners: Refugees Seeking Life in Cairo, contains text, images, infographics and interactive maps. “The main idea of the story focused on monitoring the suffering of refugees from Iraq, Syria, Palestine and Yemen,” explained Eltabakh. “They came to Egypt fleeing from war and violence in their countries, and now they are confronting various hardships and difficulties in Cairo during the pandemic. At the same time, they are still clinging to their dreams of learning, success and stability.”

Investigative reporter Ayaat Elhabbal published a piece in Egypt Today called Coffee break: A Way for Refugee and Immigrant Women to Find Support. The investigation sheds light on how refugee women residing in Egypt supported themselves as businesses and organizations closed during the pandemic. Among the challenges Elhabbal faced during the reporting were difficulties obtaining funding, as well as reaching public officials to use as sources.