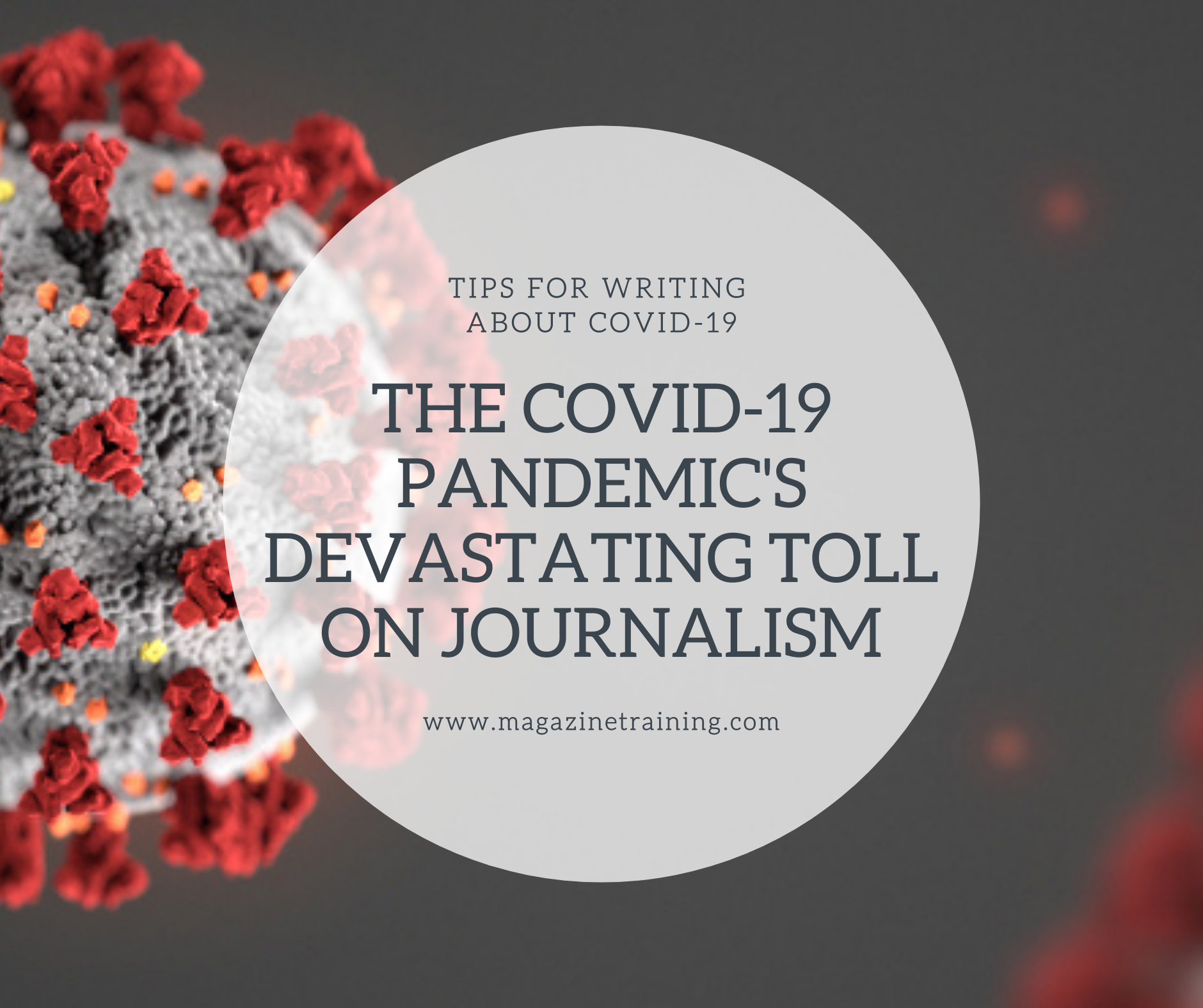 Worldwide, some two million people have died as a result of the coronavirus, and among that toll, at least 500 journalists and media professionals. While the pandemic has had outsized impact across the economic and health sectors, the effects on journalism — and specifically local journalism — have been profound, not just in the tragic loss of life but also the loss of reporting at the local level. Stemming the loss of local news sources should be a top public policy priority for lawmakers on the federal level. At a time when people have become ever-more dependent on the press as a source of legitimate, trustworthy information about politics, health, the economy, and the world, this loss poses a serious challenge to open dialogue, free expression, and democracy itself.

Last month, the literary and free expression group PEN America (where I work) published my web project, Journalism and COVID-19: The Toll of a Pandemic, which also served as my independent study project in The Graduate Center’s Interactive Technology and Pedagogy (ITP) certificate program. The project examines the toll of the current coronavirus pandemic on journalism in the United States from March to December 2020 — the first 10 months of the pandemic. Related losses have been noticeably striking in three areas: media personnel whose lives were tragically cut short by the virus, newsrooms implementing cutbacks that affect their coverage and access to news events in the communities they cover, and free press threats as a result of the coronavirus outbreak.

Among the journalists who’ve succumbed to the virus and whom the project pays tribute to: Alan Finder, former reporter and editor for The New York Times, whose son described him as “a career journalist who believed deeply in the power of the written word and the urgency of truth”; Theodore Gaffney, most well-known for photographing the Freedom Riders’ journey for Jet magazine, who TIME staff wrote “ended up with a front-row seat to one of the most significant events of 20th-century American history. . . [and] was there to capture it all”; Maria Mercader, director of talent strategy at CBS News and also a cancer survivor, whom CBS This Morning co-anchor Anthony Mason described as the “organization’s heart, soul, and spirit.”