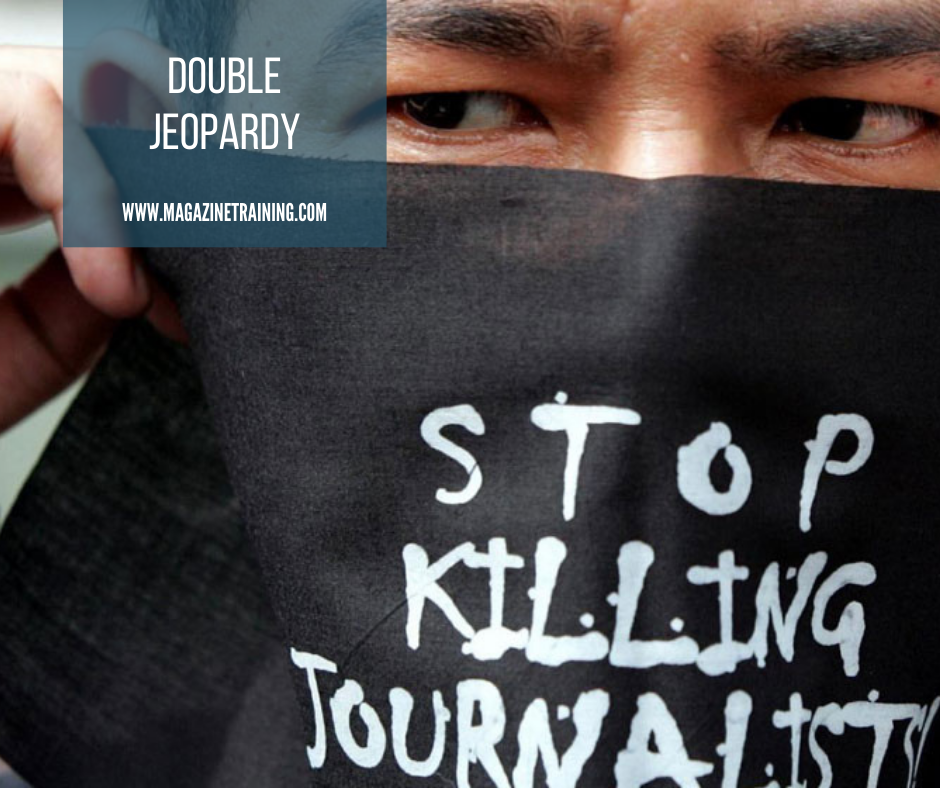 A month ago, Time announced its “Person of the Year” for 2018: killed and imprisoned journalists, dubbed “guardians of the truth.” Those pictured on its covers included Jamal Khashoggi, of the Washington Post; five staff members from the Capital Gazette in Annapolis, Maryland, USA; the Philippines’ Maria Ressa, of Rappler; and the wives of Reuters journalists Wa Lone and Kyaw Soe Oo, both from Myanmar.

At Magazine Training international (MTI), we are deeply concerned about the growing violence—lethal, physical, and verbal—against journalists and media workers worldwide. The Committee to Protect Journalists reports that 1,444 professionals were killed between 1992 and 2019. While 2018 is not the deadliest year on record (that was 2007, with 90 deaths), last year’s 60 fatalities mark the third year in a row of the latest resurgence of violence.

I appreciated Time’s choice to highlight this issue. In doing so, Time honored a Muslim, two Buddhists, a Jew, a Unitarian, a Roman Catholic, a self-described cynic, and two others whose faith or background were not mentioned in their obituaries.

I do not know how typical this religious breakdown is for journalists worldwide, or how many Christians—regardless of affiliation—are listed among CPJ’s 1,444 victims. I do know this: Christians should be salt and light in the world (Matthew 5:13–15).

We who claim to follow the One who said, “I am the Way, the Truth, and the Life” (John 14:6) should lead and support the search for truth and its proclamation. Kudos to Time for its timely reminder of the value of investigative journalism. May God graciously help all who do this work with courage.

At MTI, we know Christians in media face danger on two fronts. They face danger for reporting the truth, and they face danger for their faith in Christ. Last year, Newsweek and Foreign Policy carried stories on Christian persecution and genocide. Earlier this week, Christian Today reported that the persecution of Christians is expected to rise in 2019. Open Doors International’s figures for 2018 state “3,066 Christians were killed; 1,252 were abducted; 1,020 were raped or sexually harassed; and 793 churches were attacked.” These are heartbreaking statistics.

Christian writers, designers, and publishers in double jeopardy need our support. With a new year and new projects ahead, it can be easy to forget others face danger when we do not. Yet we are members of one Body, called to care for each other (1 Corinthians 12:12–26).

We can pray. We can use our various platforms to help those who are suffering tell their stories. We can work for justice and peace. We can provide direct aid and encouragement when possible, and when this is not possible, look for other ways to support our brothers and sisters in difficult situations.

If you read Nuru’s story, you already know that MTI is serving publishers where serving Christ is dangerous. If you met Daphrose at our recent conference in Kenya, you know the passion publishers bring to the work of proclaiming salvation, healing, and restoration through Christ.

MTI is aware of the dangers of serving Christ in publishing in many places. In addition to conferences, workshops, courses, and manuals, MTI offers such resources as tips for staying safe when covering disaster or unrest, tips for protecting your mental health when reporting on trauma, encouragement, and much, much more.

Kim Pettit is an experienced writer and editor and is former executive director/CEO of the Christian Trade Association International.

–Kim Pettit, Chair of the MTI Board of Directors