4 tips for staying safe when covering disaster or unrest 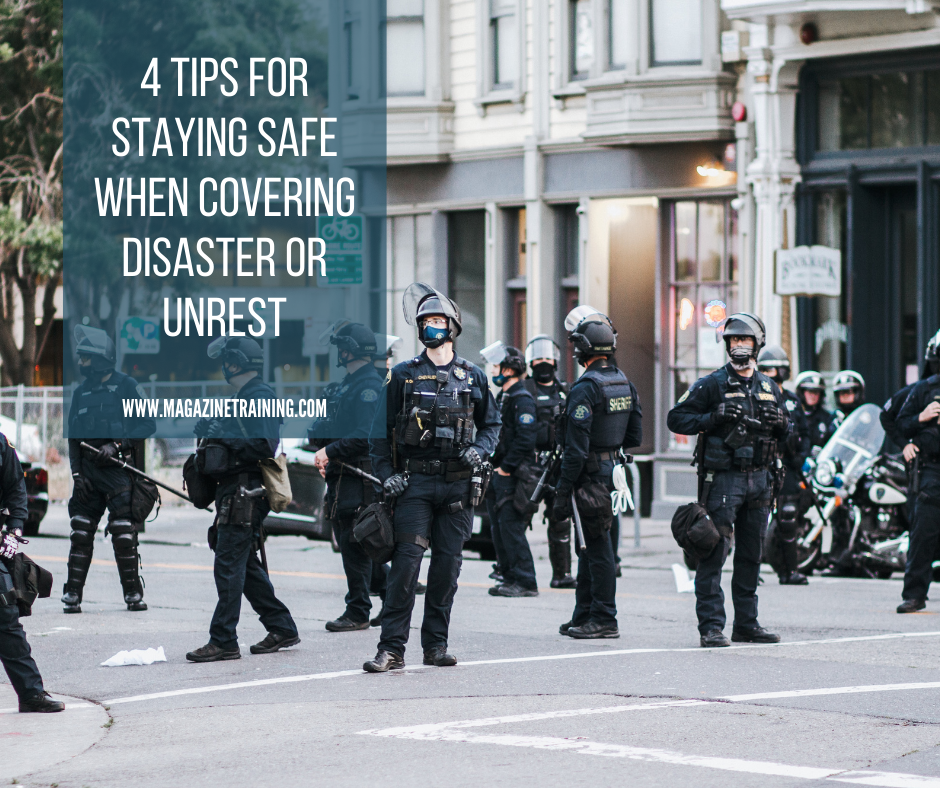 A week after the 7.6 magnitude earthquake that rocked central Nepal in 2015, Prakash Mahat, a cameraman with Nepal TV News, was covering both the aftereffects of the earthquake and the ongoing search for survivors in Kathmandu. Minutes after reaching the scene, a powerful aftershock almost toppled him into the wreckage.

“I didn’t care that I was covering a rescue operation by standing on debris piled up nearby,” said Mahat. “As the place started shaking, I was so scared. I lost my mind for a while and nearly lost my balance because I was shooting videos from a big, professional-sized camera. I forgot that tremors could come anytime.”

Dilip Thapa Magar, a Kathmandu-based freelance television reporter and activist who has reported hundreds of news stories on war, natural disasters and street protests for the past 16 years, said trauma reporting is different from standard reporting — and thus requires a specific set of skills.

Ten years ago, during the Maoist insurgency uprising and conflict in Nepal, a family member of a police officer recently killed by Maoist rebels smashed Magar’s camera.

“Due to being perceived as insensitive to the feelings of the victim’s family, I was attacked physically,” said Magar, who also serves as the vice chairman for the Federation of Nepalese Journalists. “So we must be highly sensitive and thoughtful. Published content should be ‘trauma sensitive’ and should not affect or harm anyone — victims and their families, audiences and journalists themselves, too.”

Based on their decades-long experience in journalism, Magar and Narendra Shrestha, a Nepalese photojournalist who also covered the earthquake, shared some tips for staying safe when reporting in dangerous and traumatic situations:

1. Know the geography well while reporting war from a conflict-hit zone

Journalists need to know transportation routes, both ground and air, if they’re reporting from a conflict area. And journalists should also have a place to hide if violence or chaos erupts, like during a protest.

“Never take sides,” Magar advised. “Neither police nor protestors, if you want to keep yourself safe.” The better a journalist knows an area, the more likely he will eventually return to his newsroom.

2. Sometimes, journalists have to be clever

“Prepare yourself for situations where you have to deal with gunmen, warlords or rebels,” said Magar. He recollected giving money and clothes to rebels who stopped his team in Nepal during the Maoist insurgency period. “I did not reveal my real identity and disguised myself as a tourist guide since the situation was life-threatening,” he said. “After three days in captivity, they allowed me to leave.”