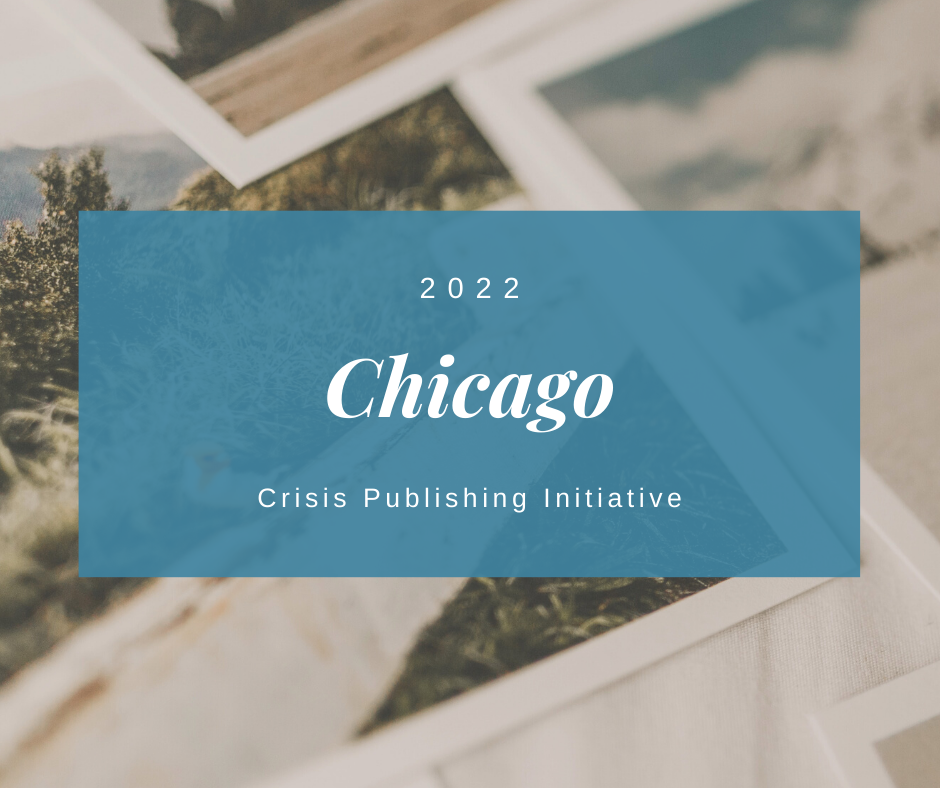 Some 50 Christians in publishing from 10 countries who attended the Crisis Publishing Initiative (CPI) Conference in Chicago last month gleaned an in-depth understanding of some of the biggest crises threatening the world—and gained key tools to help in reporting responsibly in the chaos of crisis.
In plenary sessions and a rich slate of workshops some 21 speakers delved into topics like covering war, hostage situations, vulnerable women and children, human trafficking, Christian persecution, and refugee movements.
The three-and-a-half-day conference organized by Magazine Training International (MTI) in partnership with the Evangelical Press Association, drew journalists from Austria, Ghana, India, Kenya, Lebanon, Pakistan, Turkey, Ukraine, United Kingdom, and the United States.
Context for crisis and a framework for handling truth with a global perspective was offered in plenary sessions led by internationally-recognized experts, including Dr. Miriam Adeney, professor at Seattle Pacific University; Dr. Sam George, faculty member and director of the Global Diaspora Institute at Wheaton College; Dr. Sandra Morgan, director of Vanguard University’s Global Center for Women and Justice; and Julia Bicknell, co-founder of World Watch Monitor in the U.K.
Top-of-mind for many was the war in Ukraine. Katya Yefetova, a photographer and videographer from Kiev, described the digital defense effort with which she was involved from the start of the war until just a few days before arrival in Chicago after a harrowing journey across Ukraine.
Jeremy Weber, director of CT Global, and Jayson Casper, a journalist in Lebanon, shared lessons about cultivating local sources and discerning their unique angle as they covered the war in Ukraine from afar.

In addition to the sessions providing valuable context for those reporting on sensitive situations, participants were pushed to excellence in practical application of journalistic principles in their work.
Morgan described how word choice can perpetuate unhelpful stereotypes in reporting on human trafficking. A victim of human trafficking should not be referred to as a “prostitute” in news reporting, she said, but as a “victim of commercial sexual exploitation,” a more accurate description of the crime of profiting by the abuse of another’s sexuality.
When communicating the story of vulnerable children, Dr. Anita Deyneka, director emeritus of the board of Mission Eurasia, and Sarah Gesiriech, principal of 127 Global Strategies, encouraged attendees to avoid stereotypes and sensationalism and to consider how images and words reflect on at-risk children, families, and communities.
Other workshops encouraged journalists to look at the story and its impact from other perspectives.
Bob Klamser, executive director of Crisis Consulting International, provided tips on how to report on hostage situations and how to stay safe in dangerous environments.
Palmer Holt, founder and CEO of InChrist Communications, discussed disasters as a pressing justice issue and suggested questions reporters need to ask. Freelance photographer Gary Chapman and Weber addressed how to navigate the photographer/reporter partnership.
Melissa Harrison, senior programs manager for The Media Project, shared her personal tragedy, what it was like as a journalist to become the story, and how it has transformed the way she interviews crisis victims and their families. Morgan Lee, a digital media journalist at Christianity Today, covered the pros and cons of podcasting.
Reporting on regions where open sharing carries risk for people who lack religious liberty requires special consideration. While identifying details may need to be masked in order to tell a story, readers still need to hear about how God is working around the world. The complexities of this kind of reporting were addressed by experts including Casper; Asif Aqeel, Pakistani newspaper journalist and correspondent for World Watch Monitor; Heather Pubols, founder of le Motif; Gökhan Talas, founder of Miras Publishing Ministries in Turkey; and Dr. C.V. Vadavana, founder of Sathyam Literature Service Trust in India.
Several workshops focused on misinformation, disinformation, and lack of information. While these issues have always been important for journalists, the industry behind the spread of disinformation now has widespread power with social media and Internet sites that appear legitimate. Joseph Benjamin, publisher of Gujarati Christians in India, and Bicknell were among those who addressed this growing problem.

In a world filled with brokenness and pain, journalists and storytellers have a responsibility that goes beyond accurately reporting on the current state of the world. With a faith foundation that is based on the hope of the resurrected Jesus and the power of the Holy Spirit, journalists respond personally to stories and point readers toward the hope and truth of a God who is always with us, even through the hardest experiences.
“I’m impressed every time I attend an MTI conference because it dives deep into a subject and it not only covers technical aspects but also the spiritual dimension,” says Benjamin. “You are prepared spiritually as well as professionally.”
During the conference, this essential faith component was lived out. Sonnie Gitonga, founder and director of Scars to Stars Foundation in Kenya, shared particularly difficult stories about the hidden crisis of violence against women. In a sacred moment following her workshop, rather than the expected question and answer segment, participants asked if they could gather to pray.
The professional component of care that incorporates spiritual truth and best practices in psychology was presented by Dr. Jamie Aten and Kent Annon, co-founders of Spiritual First Aid, using the Spiritual First Aid model developed by the Humanitarian Disaster Institute of Wheaton College.
Woven through the planned sessions and informal conversations over meals were thought-provoking questions, spirited conversations, and a deepening of new and existing relationships.
“This conference has been an amazing opportunity to learn from and connect with international experts,” said Katy Causey of Compassion International. “There are also many practical tools and ideas that I can apply in my everyday work.”

While the conference was on-going, stories related to CPI discussions unfolded around the world. Participants could apply what was learned to events like the attack on a shopping center in Ukraine and the death of trafficked migrants in a semi-truck in San Antonio, Texas.
Rather than simple answers to complex realities, attendees left with a solid context for ongoing work and access to an extended network of relationships. The application will vary based on each person’s emphasis, but participants were eager to continue learning and growing while responding to crises around the globe from their own sphere of influence.
The Crisis Publishing Initiative Conference in Chicago was the second organized by Magazine Training International. The first was held in Hungary in 2017, drawing some 60 people from two dozen countries. “This conference was a smaller group than in 2017,” says Morgan, who spoke at both, “but the impact was mind blowing!”