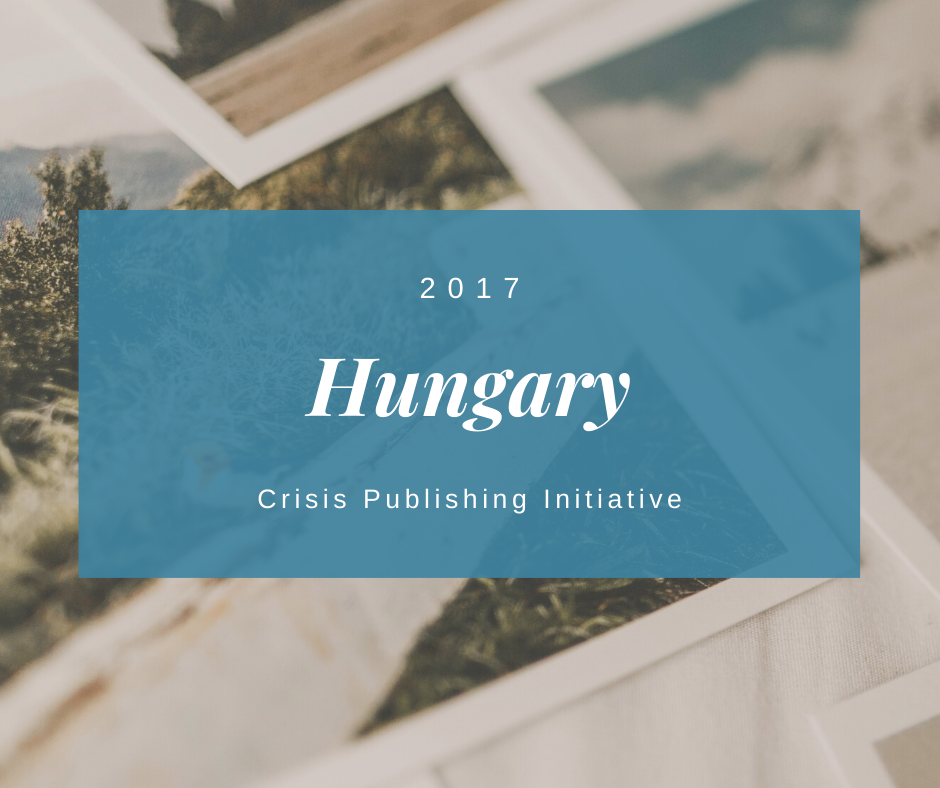 Some of the most serious crises threatening the world today were the focus of the Crisis Publishing Initiative conference in Sopron, Hungary, last month. The event, hosted by Magazine Training International, drew some 60 Christians in publishing from 22 countries.

Journalists heard experts give up-to-date data on migrant movements, religious liberty, and human trafficking. And they attended workshops offering practical help in covering war zones, natural disasters, and refugee camps. They learned how to ferret out and discern the truth in chaotic situations, how to stay safe, and how to deal with secondary trauma. Writers, editors, and photographers all received tools to more effectively communicate the truth in the midst of crisis.

“This conference arose out of concern about the misinformation, exaggeration, and outright lies that proliferate as a result of crisis,” says Sharon Mumper, president of Magazine Training International. “We believe it is the responsibility of Christians to find and publish the truth and to offer the information and resources that make it possible for the church to respond to crises as those called to be salt and light in society.”

The purpose of the conference was to prepare Christian journalists to skillfully handle this responsibility. Sixteen speakers from six countries spoke during the three-and-a-half day conference.

“I think God was smiling down on it all,” says Gary Gnidovic, one of the speakers and an award-winning designer and photographer. “In spite of the difficult subject matter, a great deal of optimism and hope was expressed throughout.”

The Initiative is supported by co-sponsors Lydia Stiftung (Germany) and Tyndale House Foundation (USA), and contributing sponsors Stiftung Christliche Medien (Germany) and Christianity Today (USA). The Crisis Publishing Initiative Coalition, which serves as a board of reference for the Initiative, is comprised of publishers and publishing associations from the U.S and the U.K.

The Crisis Publishing Initiative provided the knowledge, skills, and resources Christian publishers need in order to research, report, and publish responsibly in crisis situations; but it was also an opportunity for encouragement and camaraderie for Christian journalists who often operate with little to no contact with other Christian publishers.

“I feel quite enriched, strengthened, and blessed by being part of the training program,” says Aqeel. “I can still feel the joy I experienced during the program…. It is rather [wonderful] after many years to have such a fellowship.”

“It was a blessed time,” says Lidia Pop of Policontact SRL in Romania. “We became more conscious about the movements between nations and how God works to approach people who do not know Him. We also had the opportunity to meet great people from all around the globe, and to share knowledge, feelings, and make new friends and precious relationships.”

Although the Crisis Publishing Initiative will continue, there are no immediate plans for another conference.