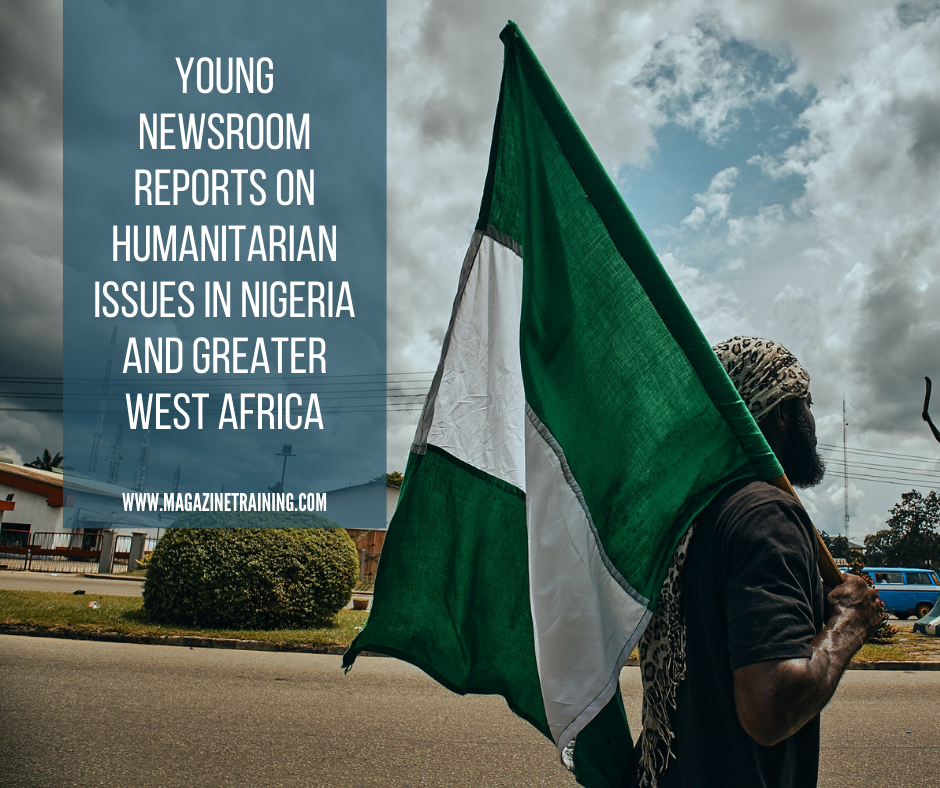 For a little over a year now, a new media outlet called HumAngle has dedicated resources to covering conflict, migration and humanitarian issues in Nigeria and greater West Africa.

Founded at the pandemic’s outset in March 2020 by two Nigerian journalists, Obiora Chukwumba and Ahmad Salkida, the newsroom has reported on the plight of displaced persons, insecurity in Nigeria’s northeast region as a result of Boko Haram, and organizations working on the frontlines to respond to these issues.

“Our journey in this field is a pioneer work because this is the first time in Nigeria and the West African sub-region that any major platform was dedicating its entire vision and resources to reporting insecurity [and] humanitarian issues,” said Chukwumba. “Within six months of our operation, we reported the situation in northwest Nigeria as terrorism and not banditry. We did an editorial and gave examples and intelligence information.”

Two months later, Chukwumba said the U.S. State Department corroborated the HumAngle report. “I think this is a major landmark for a platform that was barely six months old at the time that this was happening. The reports HumAngle has been publishing have been a kind of beacon and guide to players and diplomats within the diplomatic community,” he said.

Back in 2017, Chukwumba and Salkida discussed starting an outlet that would focus on insecurity, crises, violence, kidnappings, insurgency, displacement and humanitarian issues across the country. “Someone needs to constantly paint a picture of what these [issues] mean and connect with the voices of victims so that we will have a sense of where we are as a nation. That is part of what we have been doing,” Chukwumba explained.

HumAngle’s approach is to focus not just on reporting statistics or events, but to include the voices and perspectives of victims of conflict, he continued: “It is unique to HumAngle, and sets the medium apart as a credible platform.”

The outlet’s work is recognized within the development and humanitarian communities. Because of their reporting, organizations like the Open Society Initiative for West Africa have reached out to discuss how newsrooms can best report on the pandemic, according to Chukwumba. “When we came in, our work became outstanding. The milestones and deliverables that we put across became far ahead of other media houses that featured in that project,” he said.

HumAngle also received a grant from African Transitional Justice Group to report on transitional justice related to the Boko Haram insurgency in northeast Nigeria. Since the insurgency began in 2009, more than 30,000 people have been killed while more than 2 million in the region have been displaced.

“Insecurity and crises have become a threat to Nigeria and the entire concept of nationhood,” Chukwumba said. “It is a major threat, and surprisingly not many media outlets in the country paid serious attention to this or interpreted it as what it is.”

Photo by Emmanuel Ikwuegbu on Unsplash