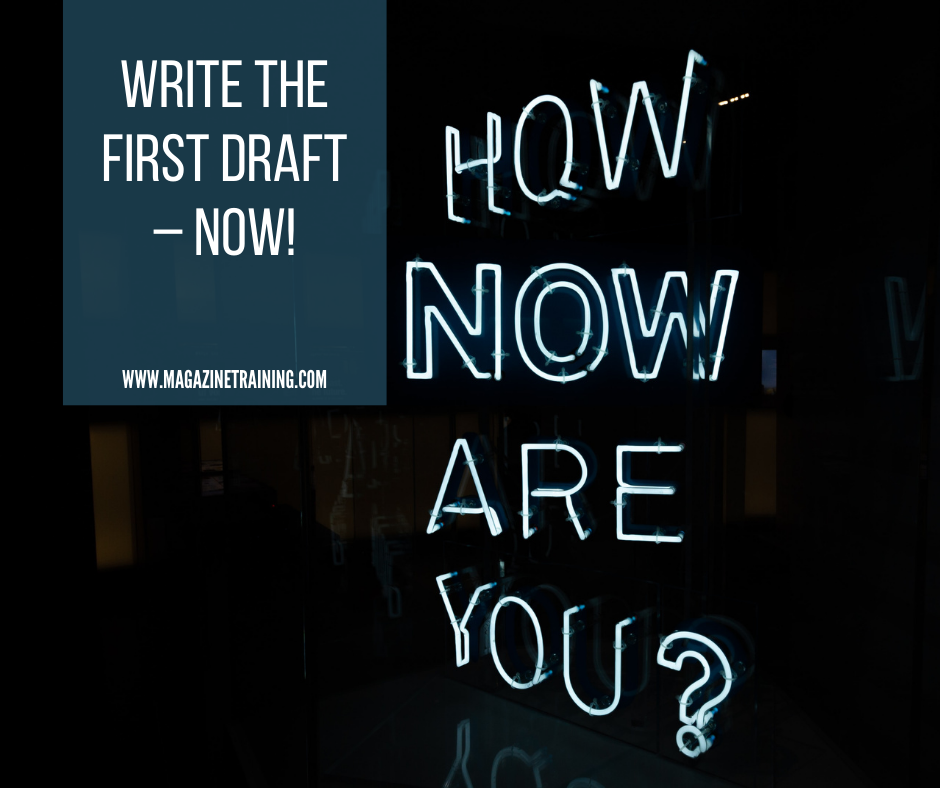 It was a hot day, and I had been fairly productive on my editing and writing projects up until mid-afternoon. There was one more article I needed to work on, but I was tired, and I didn’t want to push through. I glanced at the notes I had taken during the interview with the article subject a few days prior. He had been so energetic! Would my writing match his enthusiasm?

I contemplated waiting until the next morning to start on the article. I rationalized that I would be fresher in the cool morning hours. But I also knew I had several other projects to tackle in the morning. Knowing that it was just a first draft, I decided to dive in and hope that the energy from the interview would infuse the article with life.

The reason I pushed forward was that I have learned to have realistic expectations of draft articles. The draft is a draft, not a final product. It is a place to start and can be revised later, with fresh energy.

Once the first draft is done, assuming I have built enough time into my schedule, I can return to it and improve on the article for the second and subsequent drafts. Also, knowing that the first draft was done at the end of the day, meant that I could unplug from work in the evening, without wishing that I had accomplished more.

The next day, I was able to look at the draft article and my interview notes with fresh energy. Yes, I made significant revisions to improve the article. But I didn’t have to start from scratch, I could work off the draft article.

Also, pushing through to get the first draft done, even though I was tired, meant I could space out my work on drafts 2 and 3. Giving space for drafts to sit between revisions means that each time I come back to a draft, I can look at it with fresh eyes.

I prefer not rushing through writing and editing cycles. So ultimately, I was glad that on a hot summer afternoon I chose to write draft 1—which was improved on with drafts 2 and 3.

Do you have an article assignment looming? Get the first draft done! Then you will be on your way to subsequent improvements.