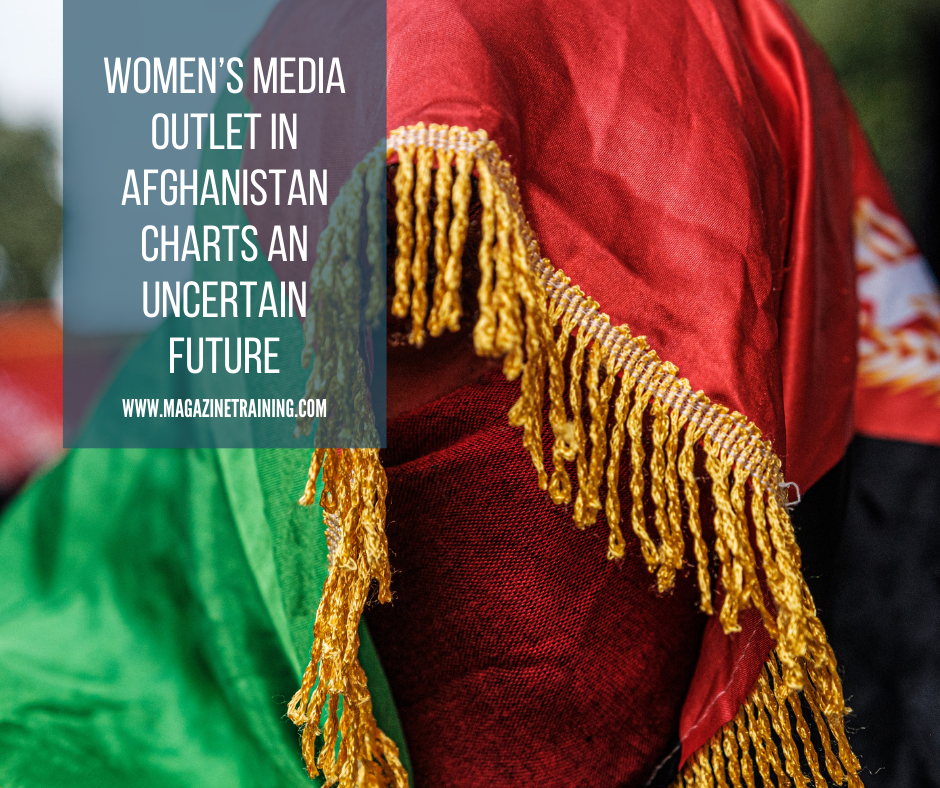 The Taliban’s recent takeover of Afghanistan following the departure of U.S. forces has been detrimental to the Afghan public. The group it has affected the most is Afghan women, who are denied many of their basic rights.

Despite assurances to the contrary from the Taliban, women are prohibited from attending schools and universities, and from working — the intent being to leave half of the country’s population in the shadows of society.

The Taliban threatened media workers even before rising to power. In the months since, they have cracked down on members of the press, threatening many for their coverage, ordering journalists to stop working for Western media outlets and to refrain from critical reporting.

More than a dozen news outlets, radio and TV stations, websites and magazines focused on women’s issues had been active in Afghanistan before the Taliban regained control, according to journalist Hossein Ahmadi. The Taliban have since forced many to shut down. One left behind, however, is the weekly Nimrokh Media, for which Ahmadi is the managing editor and publisher.

Launched in the capital city of Kabul in August 2017, Nimrokh reports on violence against women and the need to eradicate it, gender equality, women’s presence in society, and the importance of teaching women about their rights. It circulates 2,000 copies of its print edition each week in seven provinces of Afghanistan, and Kabul, reaching an average of 2.6 million views each month, according to Ahmadi. It also maintains an active social media presence on Facebook, Twitter, and Instagram, as well as channels on YouTube and Telegram.

Following an editorial meeting on August 15, Nimrokh closed its offices at a time when many other independent media outlets in the country did the same — in the course of a week, Kabul was silenced and stunned.

In the face of heightened fears for the lives of their employees, financial concerns, and censorship, Nimrokh continues its reporting today. Following the Taliban recapture of Afghanistan, they are more determined than ever today to continue to publish.

I recently spoke with Ahmadi and Fatima Roshanian, Nimrokh’s founder and license-holder, about Nimrokh and its uncertain future, the heightened fear journalists now operate under in Afghanistan, and the especially challenging circumstances women face in the country. The two spoke with me in spite of their vulnerable position in a turbulent situation.