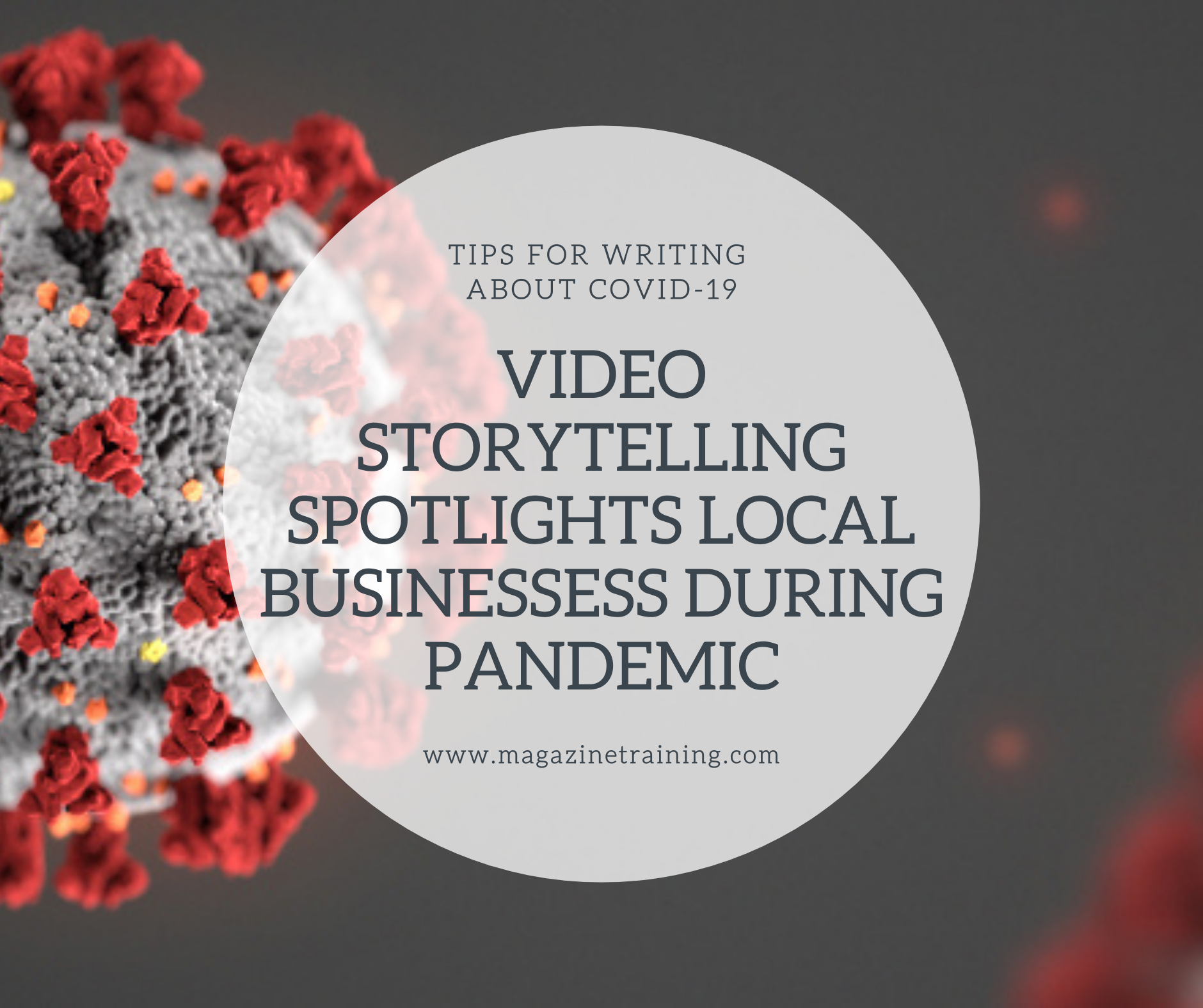 COVID-19 has forced newsrooms to either innovate, or be left behind.

At NBCLX, digital teams had to pivot to find a way to carry out their work amid restrictions on in-person reporting. With a bit of creativity, however, they discovered new forms of storytelling that would spotlight their communities’ resilience.

NBC and Telemundo owned stations’ new network, NBCLX debuted on TV and streaming last June with a goal to attract younger news consumers. Last summer and fall they collaborated with local NBC owned stations to produce a six-part series called Rebound about local businesses during COVID-19. They provided their reporting subjects with easy-to-use video equipment to film their daily activities as they navigated the economic fallout from the pandemic.

“It’s just like a GoPro,” said NBC owned stations group Director of Digital Video Jeremy Berg, about the OSMO pocket cameras subjects used to film themselves. “It’s about as easy as you can get besides your iPhone, and frankly we did have some people just use their iPhone and send footage that way, too.” You can always buy attachments for the handheld camera, too, like tripods or a selfie stick to enhance its functionality, he added.

Rebound followed restaurants, bookstores, dog care centers and more in six major cities across the country: Miami, New York, Boston, Philadelphia, Chicago and Los Angeles. The series captures the experiences of these local businesses under broad themes, like “Walking Into The Dark Together” and “Figuring It Out As We Go” — both titles of individual episodes.

In Miami, for example, NBC 6 Digital Video Producer Selima Hussain followed an athletic training program for kids, called Next Step Training. “When I spoke to the owner, he was super passionate about making sure that the kids still had an outlet while COVID was going on,” said Hussain. The unique safety concerns the sports training program was navigating also factored into the decision to feature them. “When you’re talking about contact sports, you have to change how things work because you can’t really get too close to another student or another kid,” Hussain added.

The subject-led filming proved not just necessary due to COVID restrictions — it also engaged viewers. It’s an approach that may even have a role to play in a post-pandemic world. “Filmmaking is an evolving language. Some things stick and others fade away. I think it will become another means of expression in our toolkit,” said documentary filmmaker Shira Pinson, who mentored the digital team during their participation in an ICFJ-Facebook Journalism Project video accelerator last year.

“Having said that,” she added, “there’s nothing like face-to-face communication and I think, over time, people will miss the well-composed, well-lit, and well-recorded footage. It’s not about replacing them — you’re complementing them.”

The NBCLX digital team packaged their footage into 30-minute episodes to stream on NBCLX, and into shorter 15-minute episodes for YouTube and Facebook. Local NBC station teams restructured the episodes into even shorter clips to incorporate in their local newscasts. “We made something that was used everywhere,” said Berg. “It was multipurpose and cut a million different ways.”