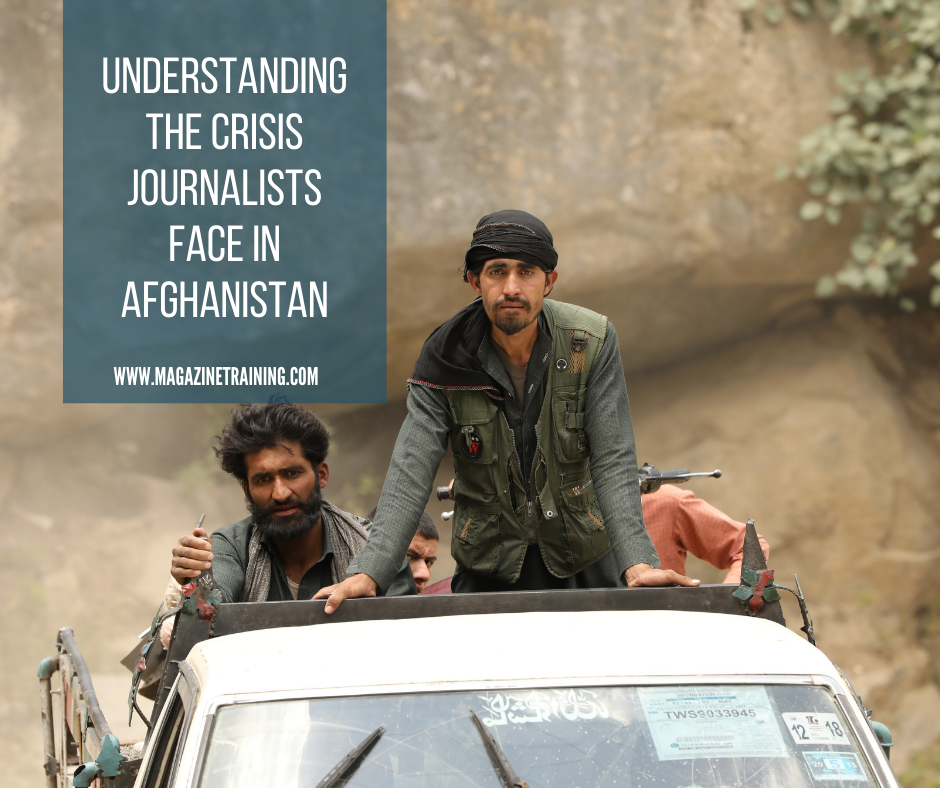 The Taliban have seized control of Afghanistan, and now many Afghans are desperately seeking to flee the country, while others staying behind worry for their lives. Among them are journalists, who fear retribution for their reporting and a crackdown on independent media.

During our online panel, titled Journalists in Afghanistan: An Urgent Crisis, ICFJ Vice President of Content and Community Patrick Butler sat down with former ICFJ Knight International Journalism Award winner and recent Afghanistan bureau chief for Radio Free Europe/Radio Liberty Samiullah Mahdi to discuss the role international media outlets can play to shed light on Taliban rule, the hardships women journalists there now face and the future of the free press in the country. Mahdi also shares advice for how international journalists can help.

Below are key takeaways from the discussion.

Pointing to the Taliban’s history of violating basic human rights, many believe that the militant group has not reformed its ways since losing power in the country 20 years ago.

“There is only one change in [the] Taliban: they are more familiar with technology now. They know how to spread their PR and their messages across international media, but the content of the message is the same,” said Mahdi.

“The international community has leverage that can push the Taliban to show more concessions for these basic rights. Otherwise, Taliban will reinstall the kind of regime that Afghanistan has experienced under the Taliban in the 1990s,” said Mahdi.

“The Taliban have a history of being misogynists, being against women’s rights and suppressing any freedom. We remember the 1990s and we knew what was happening in the areas controlled by the Taliban in the past two decades. The same kind of draconian laws and orders will come back to Afghanistan and women will suffer the most,” said Mahdi.

Already, the Taliban have forced women journalists off the air. Others are staying home, fearfully destroying identifying documentation. The Taliban have also begun discriminating based on gender in the country’s classrooms.

Photo by Sohaib Ghyasi on Unsplash