Tips to report on vaccine hesitancy 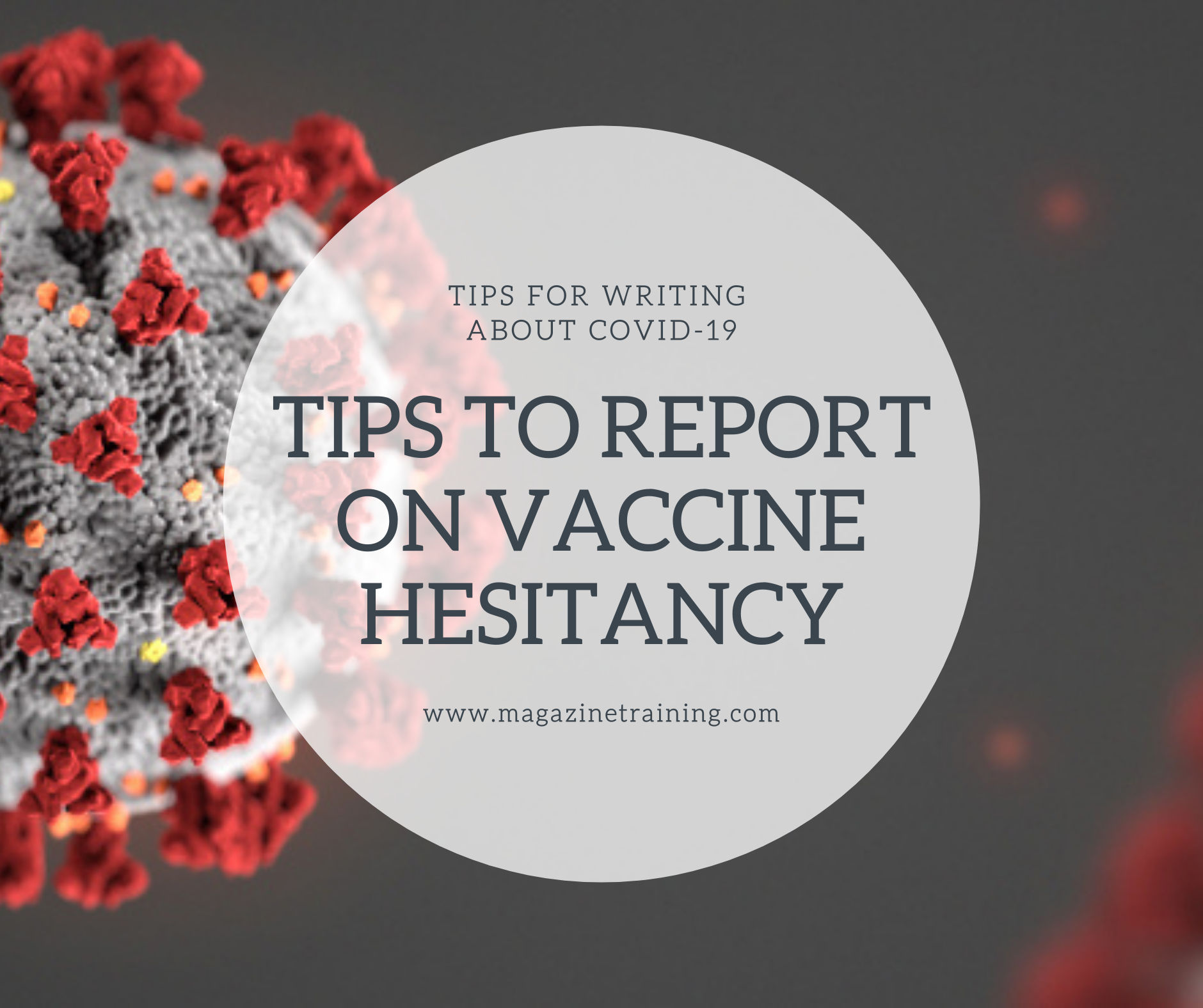 Americans’ enthusiasm towards COVID-19 vaccines is growing. In January, more than four in 10 adults said that they’ll definitely get the vaccine when it’s available to them for free, compared with 34% in December, according to a recent poll by the Kaiser Family Foundation.

Still, although more Americans are embracing COVID-19 vaccines, the rollout has highlighted a segment of the population that didn’t receive much press coverage before the pandemic: vaccine-hesitant individuals. The World Health Organization defines vaccine hesitancy as “delay in acceptance or refusal of vaccines despite availability of vaccine services,” going on to explain that it is “influenced by factors such as complacency, convenience and confidence.”

In 2019, WHO listed vaccine hesitancy as one of the top 10 threats to global health, so it’s important for journalists to shed light on the issue and educate the public about it, but it’s also critical to distinguish people who are vaccine-hesitant from the so-called “anti-vaxxers” — a small but vocal group that actively advocates against vaccination.

“They’re separate from vaccine hesitant [people],” says science journalist Melinda Wenner Moyer, who has written about vaccines and vaccine hesitancy for the New York Times. She describes anti-vaxxers as “people who are doggedly sharing misinformation and trying to convince other people that vaccines aren’t safe. But most people are not that. Most people are somewhere along this spectrum of maybe just having one question that makes them a little bit uncomfortable until they have the question answered.”

Take the time to investigate vaccine hesitancy in your community and explain to readers its nuances.

“People who are vaccine-hesitant are a very heterogenous group,” says Maryn McKenna, veteran science journalist, author and senior fellow at Emory University’s  Center for the Study of Human Health. “Try to make it clear to the reader or the viewer that vaccine hesitancy is not one thing, but it’s a spectrum. People have come to it with degrees of belief or disbelief for a variety of reasons.”

We asked several researchers and journalists how they think reporters should cover the topic of vaccine hesitancy. Here’s their advice distilled in six tips.

(1) Find out why someone, or a segment of the community, is vaccine hesitant.

“Don’t assume that a community would be vaccine hesitant and don’t assume why a community would be vaccine-hesitant,” says Dr. Emily Harrison, a post-doctoral fellow at the Harvard T.H. Chan School of Public Health and Harvard History of Science Department and co-author of the essay “Vaccine Confidence in the Time of COVID-19,” published last April in the European Journal of Epidemiology. “Don’t go into a story assuming you know who is feeling what about the vaccine.”

(2) Be compassionate and answer your audience’s questions about vaccines.

“It’s fully understandable that people have questions and concerns about the [COVID-19] vaccine, especially for a vaccine that’s new,” says Moyer. “We, as journalists, should be empathetic to that and be respectful.”

And let the public ask questions. You can collect the questions but putting out a call on your social media channels or on your news outlet’s website. Ask your local doctors or nurses what questions they’ve been getting from their patients and address those questions in your stories.