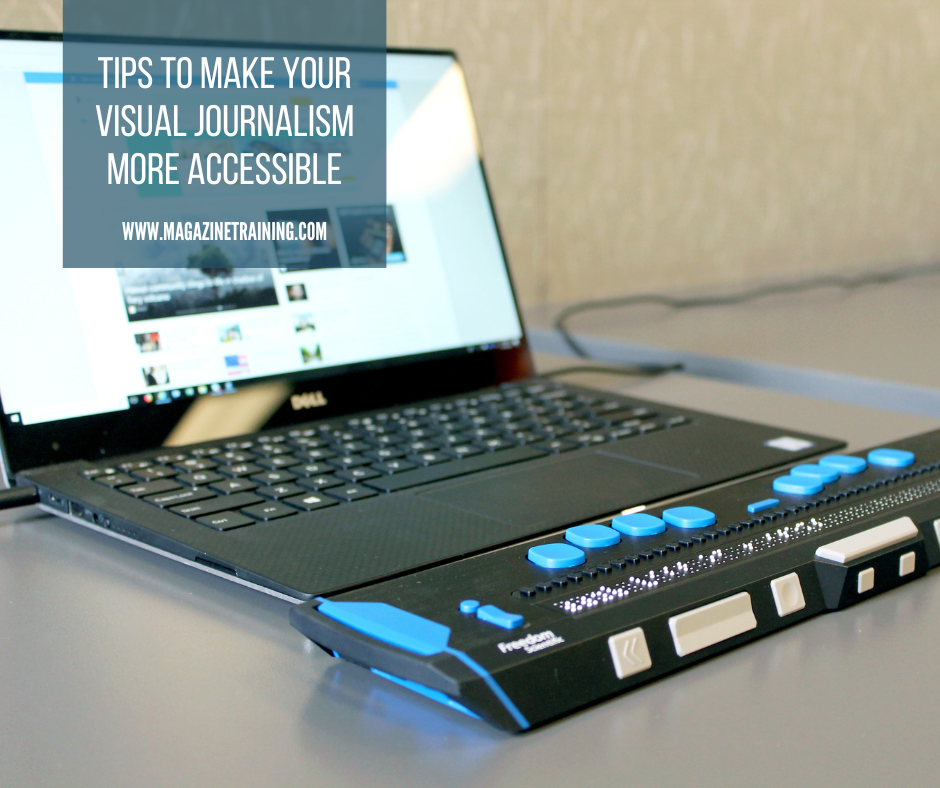 In early 2022, The New York Times started looking for an accessibility visuals editor. As typically happens with other positions, new roles at the internationally renowned newsroom signal areas that are becoming increasingly relevant for the media industry. Accessibility is no exception.

The Times announced recently that Jaime Tanner will lead these efforts. She will be tasked with the goal of making “the breadth and vibrancy” of its news reporting “available to every curious reader,” Deputy Managing Editor Steve Duenes said.

With her appointment, the Times also wants “to adopt additional formal processes to ensure best practices become a bigger part” of its everyday operations. “Much of our visual report is very accessible, but there are challenges with features like data visualization, including maps and charts,” Duenes said in an email.

As content on the Internet becomes increasingly visual — from amusing short videos and recurring memes to groundbreaking images — what can journalists around the world do to make their visual journalism available to everyone?

The answer is a lot. Whether you are a reporter, a writer, or a social media editor, there are many steps you can take to improve your audiences’ experience.

Patrick Garvin, web accessibility advocate and creator of the Twitter account @A11yAwareness, shared some prevalent issues when it comes to accessibility in news reporting:

These are just a few areas for improvement.

The need for more training

“News organizations have started to become more aware of accessibility. Many newsrooms are in the early stages in thinking about accessibility as a priority and figuring out how to make things accessible,” Garvin said.

As Garvin pointed out, however, there are still news sites that don’t have alternative text for images. That is, a short written description of a picture. Others, he said, use content management systems that “just duplicate the caption text and use that for the alt text.”

In an industry that relies on data visualization and infographics, he explained, many interactives published by newsrooms wouldn’t be fully usable or accessible using screen readers or keyboards.

In this context, Garvin believes that journalists must be trained on the basics, as well as the specific tasks they will need to perform for their jobs. “Many will probably admit that ‘assistive technology’ or ‘screen reader’ or ‘keyboard navigation’ were not part of any training they did get,” Garvin said.

Photo by Elizabeth Woolner on Unsplash