Three falsehoods about COVID-19 that must be killed, and how you can help 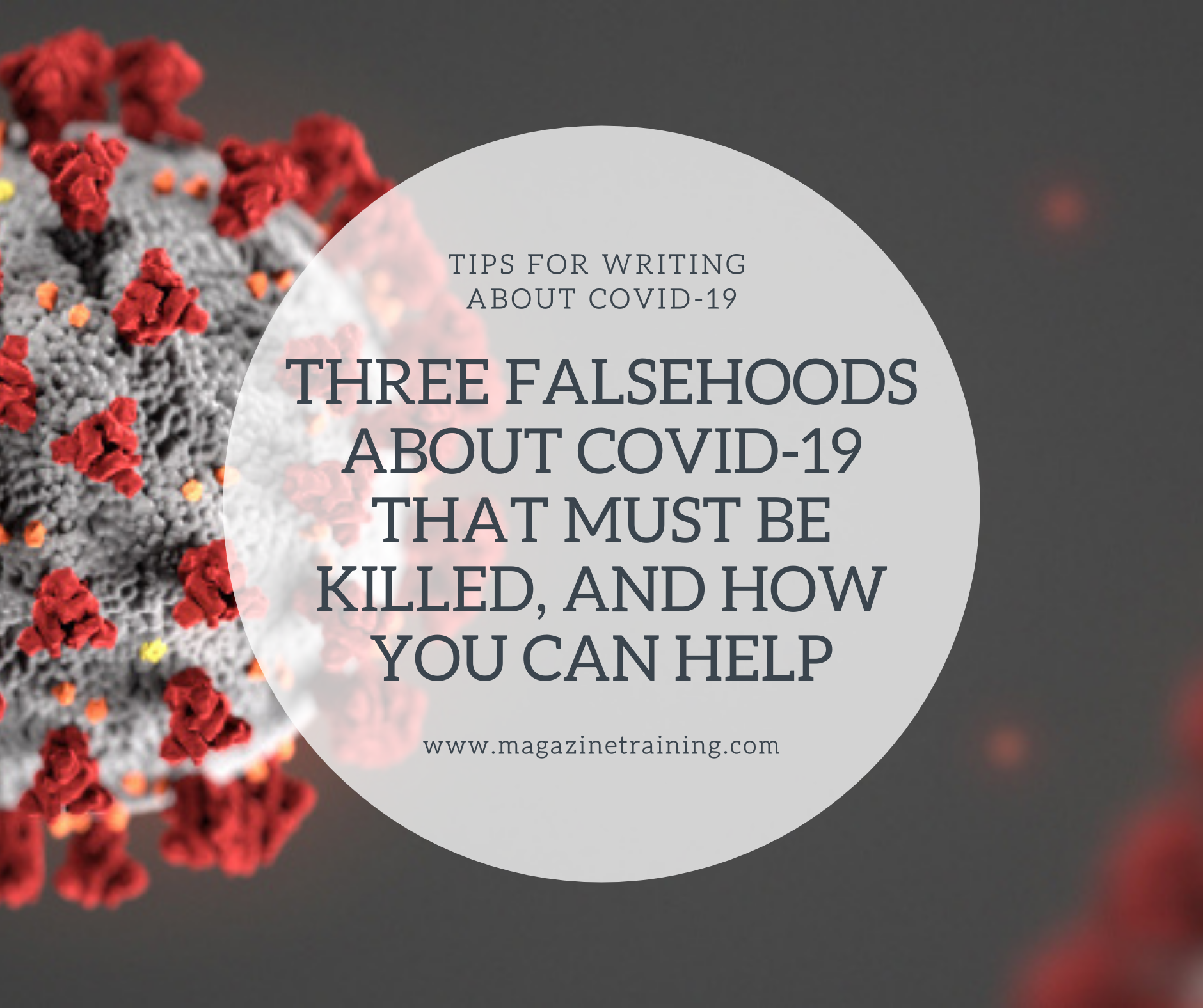 In the fight against misinformation about the new coronavirus, a phenomenon deserves immediate attention: The fear-fueled hoaxes that have been debunked several times, in many parts of the world, but just won’t die. It is time to kill those zombie-falsehoods with the help of good digital citizens.

The vast majority of these hoaxes are about the virus’s origins, possible preventative measures and —what’s worse — miraculous cures. They consist of a set of misleading information that face no barriers because they dialogue with our deepest fears and desire to see the end of this pandemic.

Digital citizens must join fact-checkers in this battle. The list of enduring falsehoods is undoubtedly long but three hoaxes require immediate action because they can be life-threatening.

The first one has to do with 5G. On Jan. 30, German fact-checkers from Correctiv published a detailed article proving that 5G had nothing to do with the coronavirus.

“5G does not break down cells or cause symptoms similar to that of the coronavirus. The maximum it causes is an almost imperceptible rise in the body temperature, something that is limited to the surface of the skin and does not reach the lungs,” said a spokeswoman from the Federal Office for Radioactive Protection.

According to data gathered on CrowdTangle, a tool that allows fact-checkers to see how viral a piece of content is on social media, the fact-check published by Correctiv was shared 83 times in the NewsFeed and reached more than 102,000 Facebook users.

The following day, however, the same falsehood had to be denied by Faktograf in Croatia. With an aggressive headline that read: “There is no evidence that the coronavirus is associated with 5G technology,” the Croatian article was shared 74 times and reached more than 213,000 Facebook users.

But the falsehood kept traveling. Between Feb. 6 and 13, it contaminated what was left of Europe. Fact-checkers in the Portuguese Observador and those from 15min.lt in Lithuania also produced pieces denying the relationship between mobile technology and the new virus.

Still, the conspiracy theory landed in the United States on March 2 (according to the fact-check published by Politifact) and in Canada five days later (according to Decrypteurs‘s team). Together, these last articles, published in four different languages, reached more than 3 million people online. But they could not stop the lie.

Celebrities like actor Woody Harrelson and singer M.I.A. helped to spread the paranoia. The consequence of all of this made headlines all over the world. In the first week of April, the United Kingdom registered several attacks on mobile phone towers, some resulting in serious fires.

The second and third enduring hoaxes are about the use of garlic and hot water as protections or cures for COVID-19. Fact-checkers all around the world have been debunking them for almost four months now — but they still survive.

On Jan. 27, when the CoronaVirusFacts / CoronaVirus alliance was only three days old, Indonesian fact-checkers for Tempo shared the first article debunking that drinking hot water could prevent the new coronavirus.

Since then, the same falsehood has been detected  20 times in countries like the United States, Mexico, Spain, Brazil, India, Macedonia and Colombia.

Drinking hot water may not be as serious as setting fire to mobile towers, but any false information can help the virus spread.

Since Jan. 28, lies about garlic’s ability to prevent or cure the new virus have spread through social media in countries like Venezuela, Indonesia, Taiwan, South Korea, Nigeria, Croatia, Portugal, Ukraine and Kazakhstan. In the CoronaVirusFacts / DatosCoronaVirus alliance database, users can find at least 36 fact-checks on this topic. All label this information as false.

And this is exactly where each one of us — people who care about truth  — must join the fact-checking army. Without the support of every digital citizen, the fight against zombie-fakes could fail.

Read the reports published by the #CoronaVirusFacts Alliance