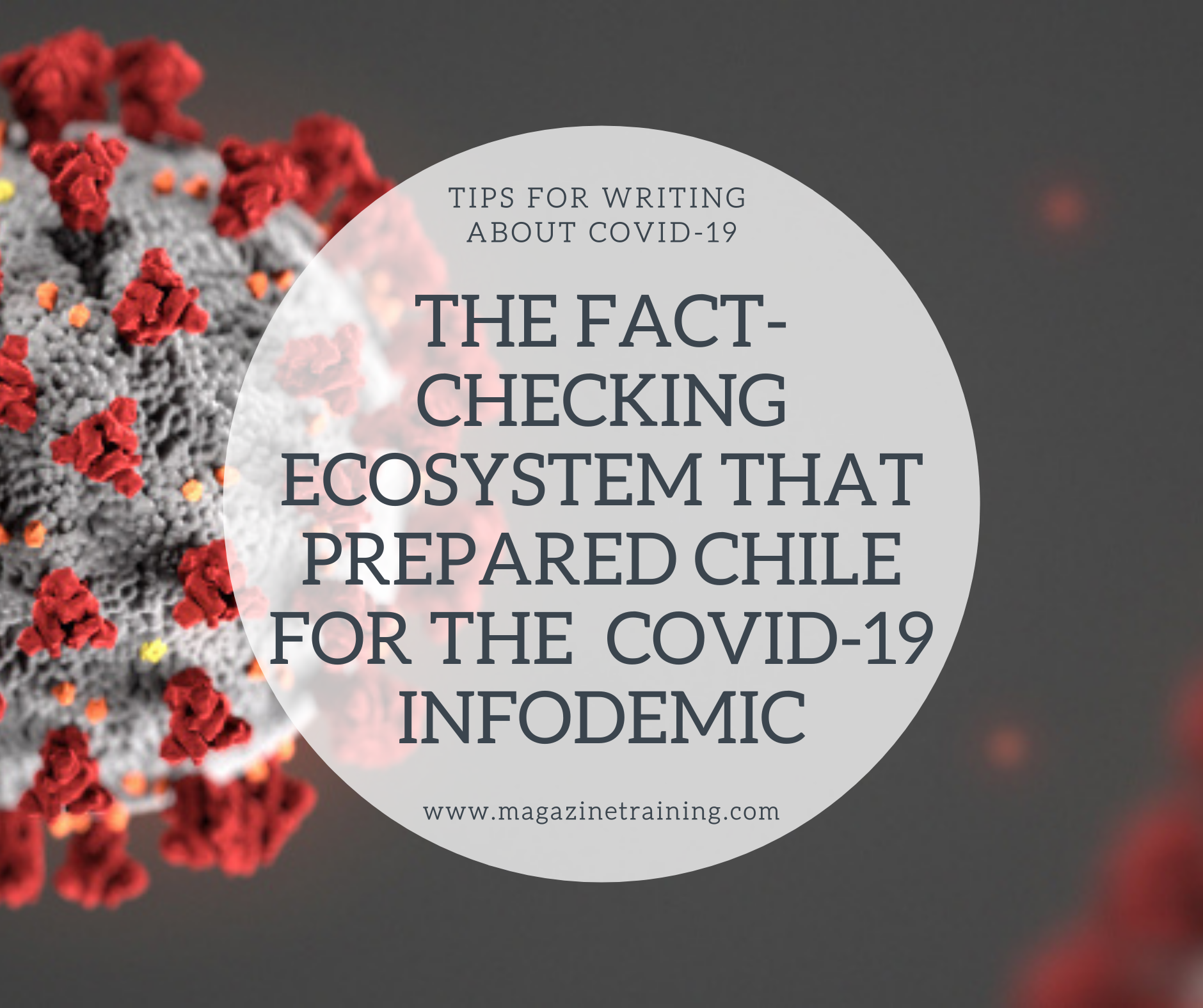 In the midst of protests that erupted in Chile over inequality in the country in October 2019, Fabián Padilla identified a critical need: information circulating online needed to be fact-checked and verified.

Rocked by fear and anger nationwide, Chileans were sharing photos that went viral online. These included images about fires in connection to the protests among which were doctored images and theories about who had started the fires. In response, Padilla launched Fast Check CL with a group of journalists and other contributors to verify such content circulating on Instagram.

More than a year later, Fast Check CL now has over 180,000 followers on Instagram. What’s more, Chile now has something that didn’t exist in the country before the 2019 protests: a fact-checking ecosystem.

“We saw that Chile’s social upheaval prompted the creation and consolidation of fact-checking projects, as well as more people consulting these resources,” said Ingrid Bachmann, a professor of journalism at the Universidad Católica de Chile. “During that time we were doing our best to verify information. Many of the fact-checking initiatives today were started in this context, when there were unmet information needs.”

Many other fact-checking initiatives emerged alongside Fast Check CL, such as Mala Espina, Contexto CL, Fake News Report and Decodificador. All share the same goal to combat misinformation.

“It seems to me it’s not a coincidence that between the country’s civil unrest and the following constitutional referendum, fact-checking initiatives have gained visibility and support. It’s a phenomenon linked to times of crisis and uncertainty,” said Valentina de Marval, a professor at Universidad Diego Portales, where she teaches courses on fact-checking and disinformation. De Marval also works for AFP Factual, the AFP news agency’s fact-checking branch for Chile, Peru and Bolivia.

“People want answers in the face of uncertainty, even if those answers are not true or official. It’s a pretty universal response,” she added.

Emotion helps explain the spread of mis- and disinformation, according to de Marval.

“Disinformation effectively reinforces cognitive biases in the form of prior convictions. It reinforces what you want to feel and hear. Emotions, especially anger, make it easy to fall for disinformation,” she said. “One’s level of education and age are also factors, not because people without higher education are unintelligent, but because they have had less access to varied sources of information. It’s very easy for people to fail to make a distinction between the credibility of a Facebook post and that of an academic article. Both are seen as equally valid because they are published on the internet.”

COVID-19 arrived in the middle of Chile’s social and political crisis, creating even more anger, fear and uncertainty for Chileans. Disinformation spread rapidly in this environment, as it has worldwide during the pandemic.

“The amount of false information circulating about fake COVID-19 treatments and untested cures is incredible,” said de Marval. “We can’t expect the whole world to know the difference between a preliminary trial for a drug and a critical study. During the pandemic, false information and misinformation have spread rapidly, faster than the virus itself,” she said.