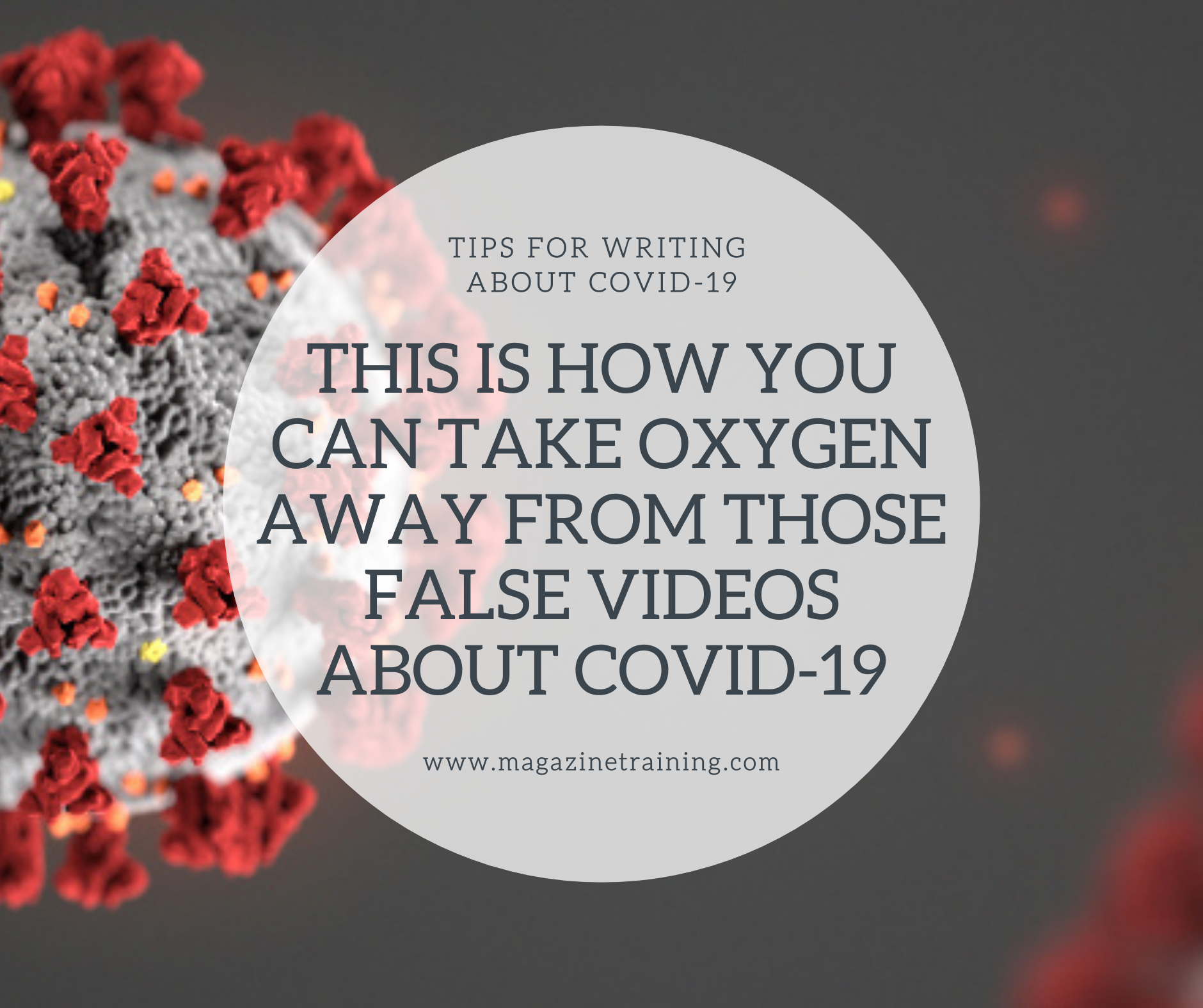 This was a tough week for those who are at the forefront of the war against disinformation. Two cases of great media impact made it clear that the battles are growing in complexity and that everyone should know by now how they can help to take oxygen away from videos that push falsehoods about COVID-19 (and other topics).

On July 24, CNN warned in a tweet that TV stations owned by the Sinclair Broadcast Group across the country were set to air an interview with the woman who created the discredited “Plandemic” video. The segment suggested that Dr. Anthony Fauci, probably the most famous immunologist in America, was responsible for the creation of the new coronavirus.

Rated false by PolitiFact and FactCheck.org in May, the “Plandemic” video consists of a huge conspiracy theory that had already been taken down by Facebook, YouTube and Vimeo for spreading harmful and misleading health information. But, for some (very) rare reasons, some people at Sinclair Broadcast Group were still willing to show it on television.

Around 3 p.m. on Saturday, fully involved in the coverage of the case, CNN reporter Oliver Darcy posted a thoughtful tweet:

“Who needs Russian disinformation when you have US companies willing to poison their own audiences with discredited conspiracy theories?” he wrote.

It took me a second to agree with Darcy. For some years now, the United States has tried to find a way to avoid external interference in elections. Since 2016, social media platforms have been pressured to prevent falsehoods from reaching their users. But what about TV? How can the U.S avoid dis/misinformation there?

Several fact-checks on the “Plandemic” video had already been published. Many platforms had already removed the recording. How could the country legally and democratically prevent a private media house from distributing such widespread falsehoods that had already been debunked?

The hours, however, passed by. And self-regulation revealed its power. Around 5 p.m. Darcy announced that the Sinclair Broadcast Group had given up. Due to political and/or popular pressure, the interview with the “Plandemic” “researcher” was no longer to be aired.

On Tuesday, July 28, however, self-regulation failed.