Take a walk, find the story 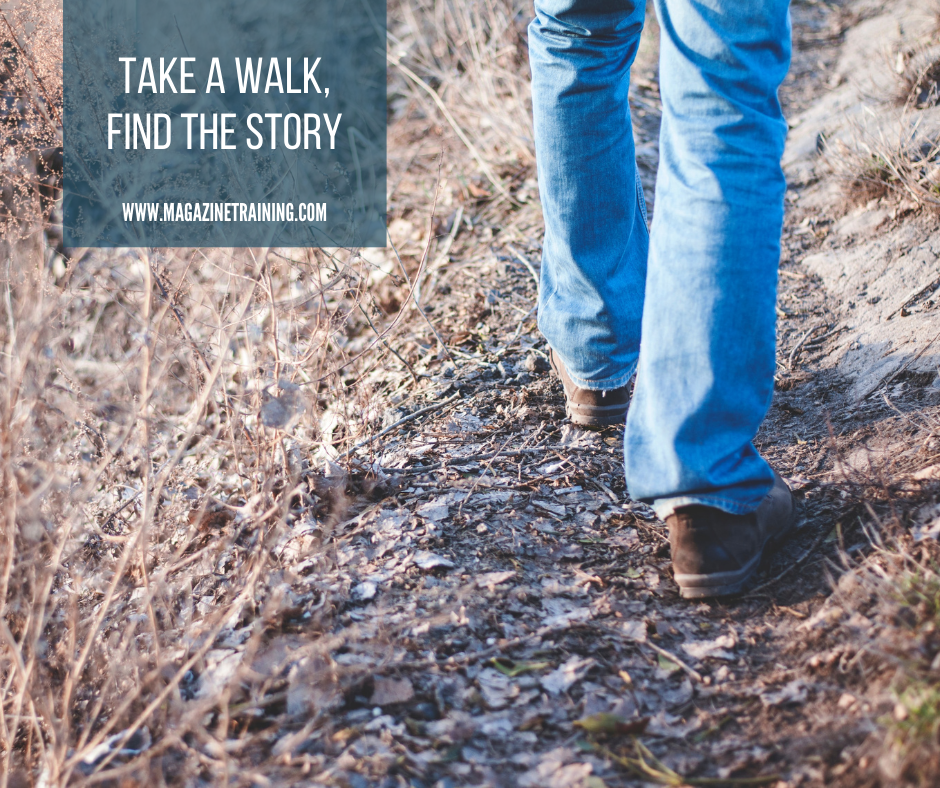 After a full day of research on her assigned topic, Ann Wroe says, “I have to go out and walk—to get the first paragraph—and decide how to start the article.”

Her weekly topic is confirmed at an editorial meeting at noon on Monday. She does research the rest of the day Monday, takes a walk, gets the first paragraph set, then completes the article on Tuesday. Such is the pace and rhythm of a weekly news magazine journalist.

Her writing process resonated with me, even if her topics were not what I address in my writing, and her deadlines come faster than mine. Ann Wroe is the obituary writer for The Economist, a British news magazine.

Even if you don’t write obituaries, you can learn from her techniques for personal feature articles.

At a recent seminar, she described the importance of the first paragraph engaging the reader. She doesn’t lead with facts about the person, or even their professional claim to fame. She uses her introduction to offer a peek into their life. She likens her work to painting a portrait of the person, offering a glimpse at their spirit or soul, as an artist would. She is not writing the obituary of record, having to recite facts about the trajectory of a life.

For example, the obituary for Li Wenliang, the ophthalmologist who first identified the unusual cluster of pneumonias in Wuhan, China, started with his interest in food:

“Busy though he was as an ophthalmologist at Wuhan Central hospital, rushed off his feet, Li Wenliang never missed a chance to chat about his favourite things on Weibo. Food, in particular. Japanese food with lashings of wasabi, plates of steaming beef noodles, the Haidilao hotpot restaurants that had kept him going when he spent three years in Xiamen just after his medical training—and fried chicken. The drumsticks at the railway station were the best, and he never missed a chance to grab some when he was there; but then the chicken at Dicos fast-food was so delicious that he just had to compliment the chef. A big basket of that, washed down with a Coke, was the peak of his existence.”

As a reader, I can now connect with this courageous physician since I enjoy food too! If she had led with his professional accomplishments, the reader’s connection to the person might not be as solid.

Another layer of her research and writing process is to focus on finding the voice of the person, not what other people said about them. Some of her obituaries are about unusual and not necessarily famous people, while others are well-known in politics, entertainment, or other fields. She scours the internet for lectures, social media posts, and other primary material. If applicable, she reads their autobiography.

Interestingly, she does not talk to their family, as she said that they have their own agenda in how they portray the person.

With Li Wenliang, she benefited from his prolific social media posts on Weibo, which also got him into trouble with the government (over revealing information about the emerging coronavirus).

One barrier to capturing the voice of the person is translation. Since she writes about people around the globe, she often must rely on translated material for her sources. She acknowledged that this makes it harder to capture the turn of phrase that she might catch with an English-speaking subject.

Given her artistic ability with words, the obituary column in The Economist is hugely popular. Many readers, myself included, say it is the first place they turn in the magazine (inside the back cover).

While I don’t envision much obituary writing in my future, except perhaps for family members, studying the writing style of these portraits can inform my own storytelling abilities and editorial decisions.

Ann’s process also reaffirmed to me the importance to take a break from the computer when my brain is full and taking a walk to find the thread that will emerge to carry a story forward.

Photo by Olia Gozha on Unsplash