Should journalists ever write for free? 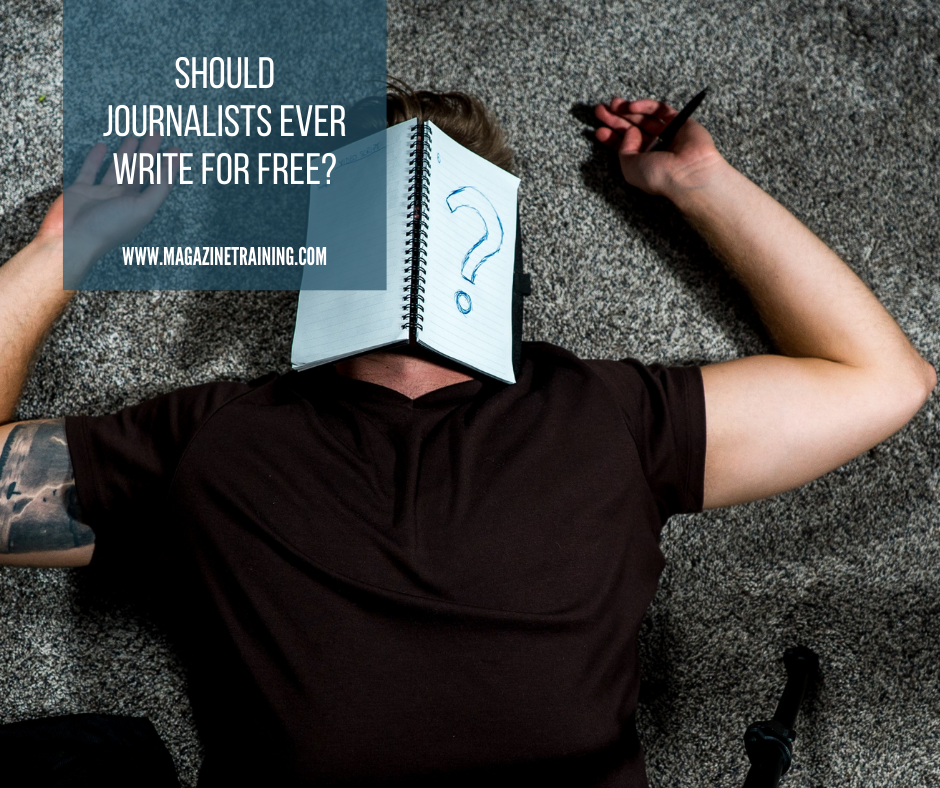 In 2013, an editor at The Atlantic contacted freelance journalist Nate Thayer. They asked him to repurpose one of his articles for free. “We unfortunately can’t pay you for it,” they said, “but we do reach 13 million readers a month.” These words, echoing the similar and popular “we’ll pay you with exposure” remark, will probably sound familiar to journalists and writers globally.

Thayer decided to publish the complete correspondence between him and the editor, which reignited an ongoing and evergreen debate within the journalism community: Should you ever work for free?

No, according to Thayer’s reply. In an email to The Atlantic, he said: “I am a professional journalist who has made my living by writing for 25 years and am not in the habit of giving my services for free to for-profit media outlets so they can make money by using my work and efforts, by removing my ability to pay my bills and feed my children.”

Many would agree with Thayer about the financial consequences of both offering and accepting unpaid writing: it creates and perpetuates a system that takes away writers’ ability to pay for their basic necessities.

The conditions around unpaid writing are, however, complex, and the conversation cannot be resolved with a simple dichotomy, with a firm yes or no. What happens, for example, when the prospect of working for free is offered to an inexperienced student and not to a reporter with 25 years of experience?

To explore the nuances of this debate, I spoke with freelance journalists Alex Moreland, Beth Kirkbride, and Sirin Kale about their experiences with unpaid writing.

Should budding journalists ever consider writing for free?

All three reporters did some unpaid writing when they first entered the industry. “I did write for free at the beginning of my career because I had no experience, nor did I go to journalism school or anything like that. I would only ever really say that you should write for free if you have no cuttings and no experience,” said Kale.

Unpaid writing allowed her to have a portfolio to show to future commissioning editors, thus leading to paid work. She believes, however, that people should not make a habit of writing for free. “I think once you have built up a portfolio of work to show to future commissioners, maybe five or 10 articles, you should stop. You shouldn’t make a business to do it for free, nor should people ask you to do it either.”

Kale provides a perfect example of “hope labor,” a phenomenon extensively studied by researchers Kathleen Kuehn and Thomas F Corrigan. Researching bloggers and online consumer reviewers, they found that many people voluntarily invest their time and creativity in unpaid writing as a potential stepping stone for securing future work. “Hope labor” therefore consists of un- or under-compensated work, often performed in exchange for experience and exposure in the hopes that future work will follow.

Getting a foot in the door is clearly a huge incentive for young journalists, especially when it comes to specialized reporting. “Music journalism is particularly notorious for being hard to secure paid writing opportunities,” Kirkbride said. “I saw it as a rite of passage to write for sites that were unable to pay me for my time, but instead offered opportunities to review some of my favorite artists’ releases before they came out, or provided press passes.”

On the one hand, unpaid writing can benefit a young reporter’s career thanks to the social networking, work experience, and confidence they can acquire by doing it. Writing without pay also poses the question of how accessible journalism jobs are in the first place. Looking back at his experience, Moreland said: “When I first started writing for free, I was a student, which was part of why I was in a position that I felt able to do that. I wouldn’t recommend it to anyone who isn’t a student really or in some kind of similar circumstances.”

Unpaid writing takes time, Kirkbride explained: “When I was editor-in-chief of my student newspaper, it easily took up to three to four evenings/days of my week.” While she remembers it as a positive and enriching experience, it’s important to note that such a time-consuming task can represent an insurmountable barrier to students and budding journalists from working-class backgrounds, or those who have other responsibilities.

Photo by Ryan Snaadt on Unsplash