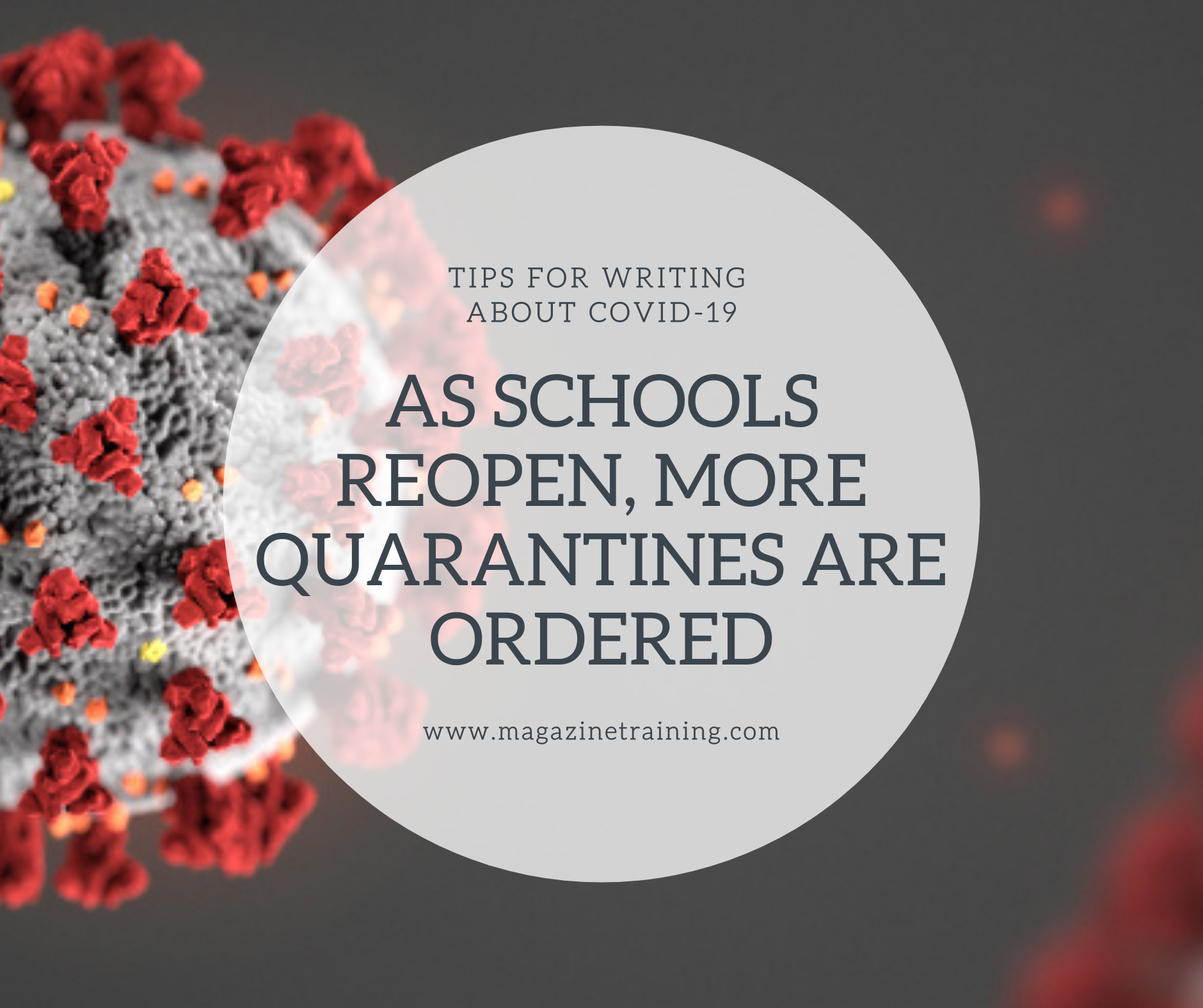 Plus, the cities facing a severe drop in revenue, July and August electricity bills will be whoppers, a shortage of low-cost computers, and more.

A couple of days into the new school year, two private schools in Jacksonville, Florida, sent students into quarantine when COVID-19 tests came back positive. Students at both schools attended large gatherings that produced positive tests, so everyone who attended is now in quarantine.

At least 2,000 students and teachers nationwide are in quarantine. With each new school system that opens, the number grows.

A new analysis by the American Academy of Pediatrics produced new data that found there has been a 90% increase in COVID-19 cases among children in the United States over the last four weeks. But keep that percentage in context. The new data indicates:

On Aug. 13, the age distribution of reported COVID-19 cases was provided on the health department websites of 49 states, New York City, the District of Columbia, Puerto Rico, and Guam. While children represented only 9.1% of all cases in states reporting cases by age, over 406,000 children have tested positive for COVID-19 since the onset of the pandemic.

A smaller subset of states reported on hospitalizations and mortality by age, but the available data indicated that COVID-19-associated hospitalization and death is uncommon in children.

Glendale California’s Unified School District is trying something different. 20 of the district’s elementary schools will open some empty classrooms for remote learning without teachers. Instead, there will be a helper to assist with technology and logistics. The teacher will come into the classroom remotely. The district said it is trying to help working parents who have no child care alternatives.

Which cities are about to face a severe drop in revenue?

Economists from the Graduate Center at the City University of New York, Georgia State University and the University of Wisconsin came up with an estimate of how much 150 individual cities will lose in tax revenue during this pandemic.

Bigger cities with diverse economies will survive better than cities that rely on tourism. Upstate New York cities like Rochester and Buffalo could see a 20% revenue drop ahead, a decline that would be impossible to make up without a catastrophic cut in city jobs and services.

The New York Times added red and blue colors to its chart to show which cities are represented by Democrat and Republican senators. A bill sitting in the Senate would send federal stimulus dollars to blunt the effect of the pandemic economy. The GOP does not want to bail out cities and states that it says are mismanaged. As you can see, some of the most affected cities are in states with GOP senators, too.