Risks and rewards of native advertising 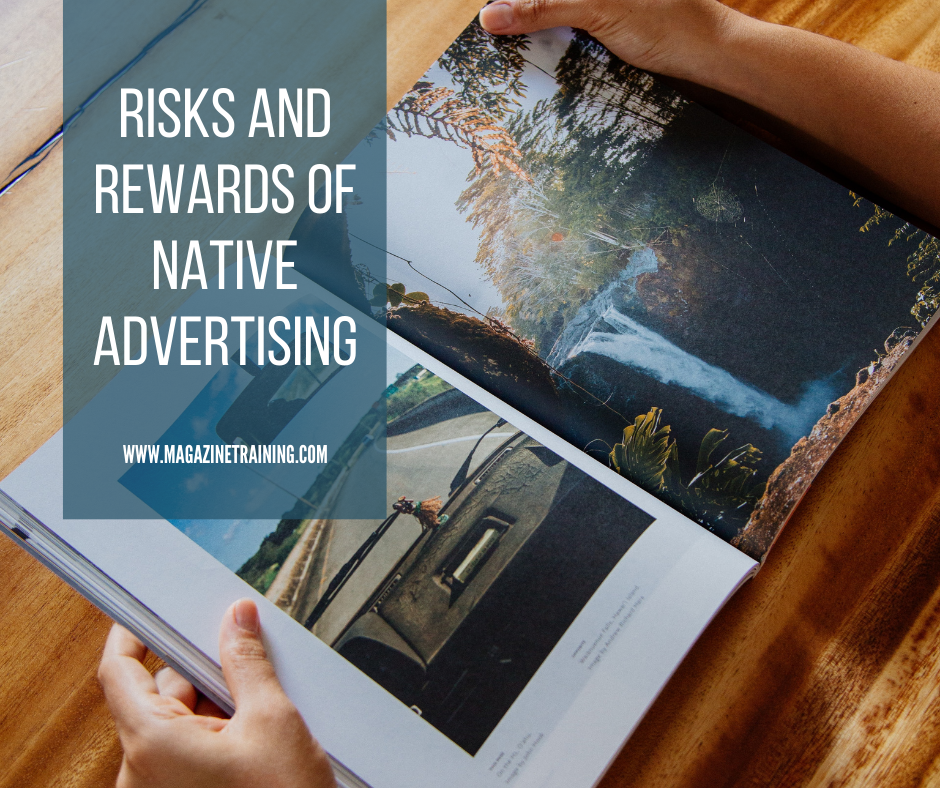 Although publishers sell conventional ad spaces like the platforms, many quality-news sites are offering something different — native advertising. So, in this post I’m going to tell you what’s different about native advertising, how to make mission and monetization work together, and what some of the risks are.

News of a different kind

Native advertising — also known as sponsored content or advertorial (publireportaje in Spanish) — mixes characteristics of editorial content and advertising. It has become a major revenue source for many independent news sites. As described in the Tow Center’s Guide to Native Advertising:

“Native ads take on the appearance of real news stories, and are crafted by people inside news publications who want to create and spread commercial messages that don’t look like traditional advertisements that overtly push product . . . . [T]his practice borrows credibility from the newsroom in order to enhance the value of the ad created for clients.”

– The Tow Center, The Guide to Native Advertising

In some cases, the native advertising content is similar to high-quality journalism; sometimes it is crassly commercial, which can affect the credibility of the publication. More on that later.

Here is an example from The New York Times that falls on the higher-quality end of the spectrum.

Netflix paid The New York Times to publish this article about women inmates to promote its fictional series about life inside a prison. The article looks and feels like the kind of in-depth reporting you might see in the newspaper, but it was not produced by The Times‘s editorial staff.

A click on the phrase “paid post” tells the reader that the content was produced by the publication’s internal ad agency, T Brand Studio. The only other clues that this article is really an advertising message are the tiny ad for the Netflix series to the left of the headline and a large horizontal display ad announcing Season 2 of the series at the end of the 30-paragraph article.

The Times eliminated one of the intermediaries in the old advertising model by creating the content for the client. This was work formerly done by ad agencies, and it creates a new revenue stream for the publisher.

Photo by NMG Network on Unsplash