Responsible reporting on COVID-19 in the age of social media 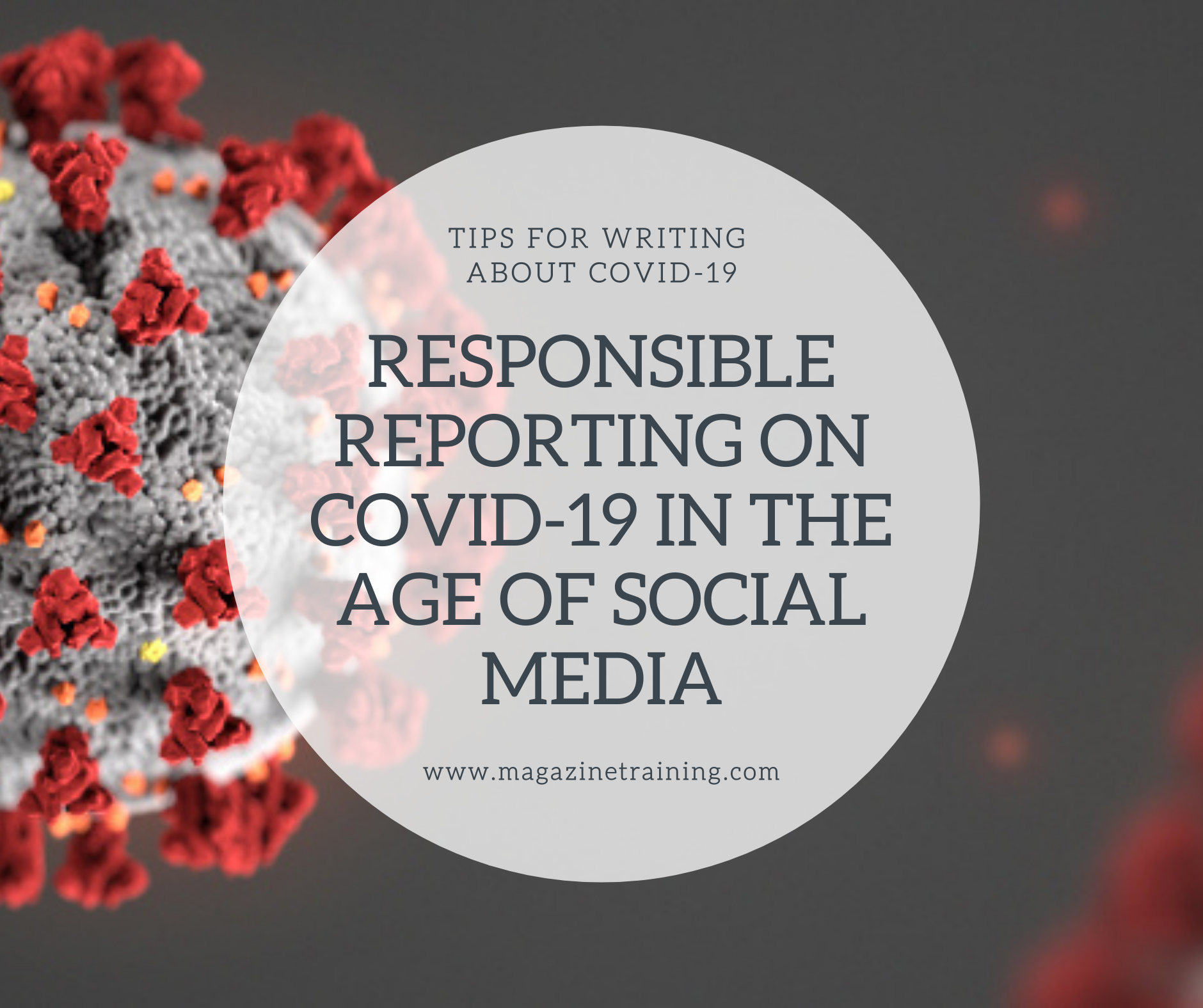 During crises and disasters, newsrooms need to be more cautious about what information they publish. The media should be careful not to incite undue panic. While one word can lead to widespread anxiety or panic; others can work to reassure.

Balancing the need to inform readers while not causing unnecessary panic is a fine line journalists must walk today.

Reporting around the deadly virus that has infected more than six million people in just a few months is certainly far from reassuring. Daily news articles on the pandemic can expose readers to tremendous psychological strain. Anxiety and psychological pressures can affect the body’s immune system.

For instance, according to a study by Carnegie Mellon University, stress increases people’s likelihood of developing the common cold. When stressed, the human body secretes a group of hormones, such as cortisol, the report explains, which interfere with the immune system.

The same applies to the novel coronavirus, according to an article by Yomna Ayman in the scientific journal, Nok6a.net. The spread of sobering news can lead to a state of panic that affects our immune system and causes more cases of infection.

“The exaggeration in reporting the spread of the coronavirus epidemic, or the method of ignoring and mocking precautionary measures, both stem from ignorance and a lack of real scientific knowledge of the catastrophe,” said Yemeni researcher and science journalist Abdel Hakim Mahmoud. He added: “With the spread of news about rulers and politicians infected with the virus, the question that concerns me as a media expert is, what message should I convey to the ordinary citizen from a war-torn city? Like where I live in Aden, where the economy, health services, security and environment have collapsed?”

Misinformation can be fatal

Journalists are tasked with evaluating information to ensure its credibility. With the decline of traditional newsrooms and the increasing role of citizen journalism, this effort is even more vital today.

“We’re not just fighting an epidemic; we’re fighting an infodemic,” the World Health Organization declared in February, referring to the spread of misinformation around the virus.

The widespread false information and rumors around COVID-19 online and on social media prompted the medical journal, The Lancet, to conduct a study on an item of misinformation that has gained significant traction: the transmission of infection from a mother to her fetus during pregnancy. Sites exploited people’s lack of knowledge of the Chinese language, to publish the false news, which they promoted as reliable from Chinese outlets.

The results of a study conducted by a research team in Wuhan found that the infection was not transmitted from the mother to her fetus. This study, and its small sample size of only nine women, can not alone be sufficient to confirm that the virus was not transmitted, but it is a good indication that what was published earlier was false news.

“False information poses a risk to the health of people no less than the threat of the emerging coronavirus, and may lead to deaths,” said Dr. Osama Abu Al-Reb, the medical affairs editor at Al-Jazeera. “False information that was transmitted in Iran, that drinking alcohol helps cure the coronavirus, has resulted in the deaths of 27 people who were poisoned with methanol as a result of drinking adulterated alcohol. The underestimation of the virus by the public and their failure to follow medical recommendations like isolation, preventative measures and others, has led to the spread of the virus, and poor or late registration of deaths.”

The SARS epidemic broke out in China in 2003. The swine flu epidemic was first detected in Mexico in 2009. In both these recent cases, social media hadn’t yet occupied much of our lives. Information spread much more slowly.

Dr. Moath Al Thaher, the director of Fetbinoa, an Arabic-language platform launched to fact-check news through social media, noted that the number of false and fabricated pieces of information or misleading headlines has risen significantly during the pandemic. “We needed to change our team’s focus. We made news on the coronavirus our priority, and we verified more than 100 reports,” said Al Thaher.