Reporting on gender-based violence during quarantine 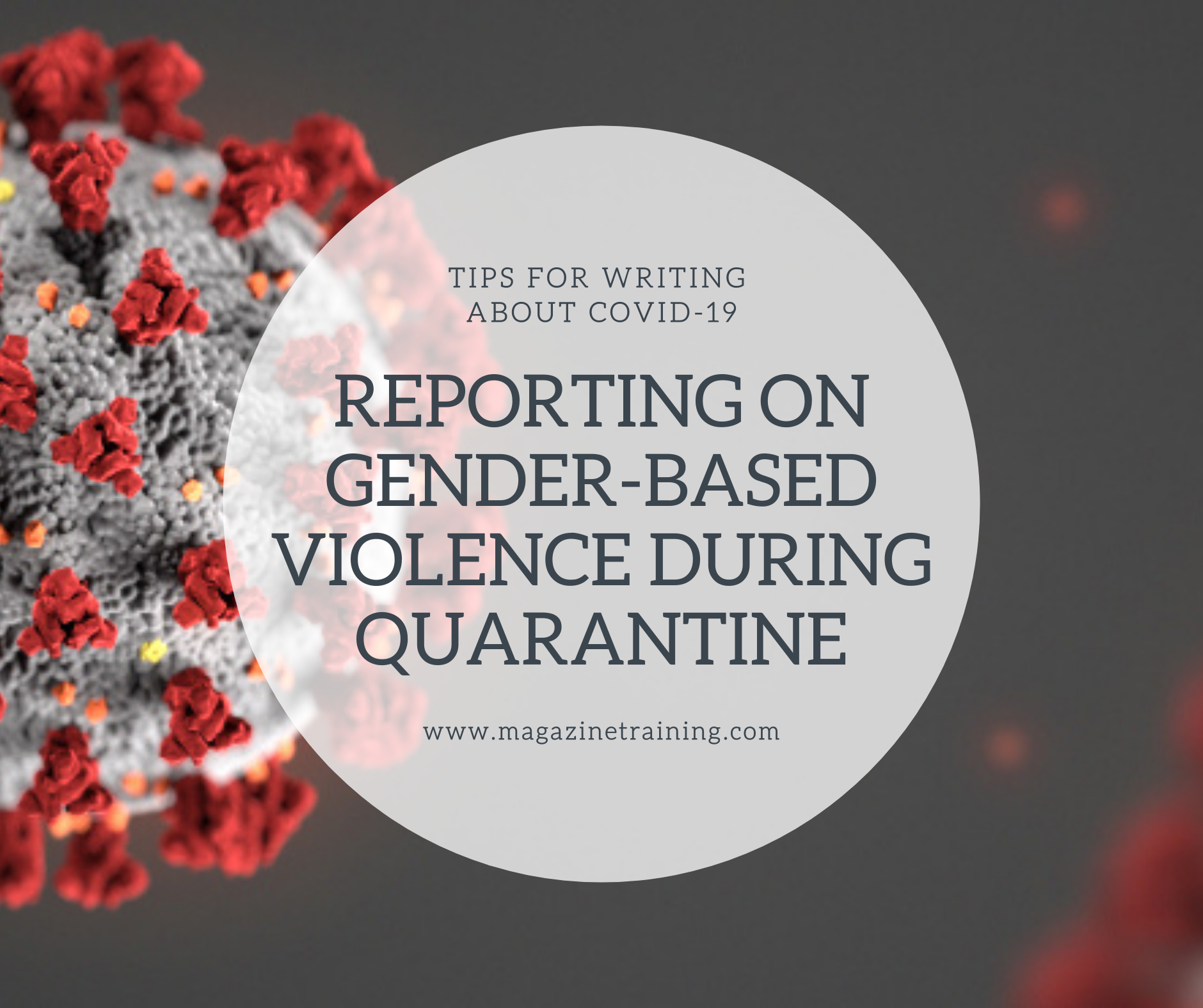 Life in quarantine has its challenges: figuring out how to work, study, keep a daily routine and be productive, to name a few. But not everyone experiences quarantine the same way. Some people live in vulnerable conditions, and quarantine makes things worse.

Some people — mostly women and children — live in situations of violence at home, where the aggressors are their partners, fathers, brothers or other relatives. In quarantine they are locked up with them 24 hours a day without being able to go out,  and without moments of relief when their aggressor leaves the house.

At a moment when the death toll, vaccine production and reopening plans are monopolizing the headlines, the press can help shed a light on the situation these women and children face.

The United Nations warned about gender-based and domestic violence during this period of social distancing, and called on governments to guarantee protection for women during a time when male violence tends to increase. In this health crisis, physical and psychological violence adds to an already disproportionate burden for women, including caring for the elderly, children and the sick.

Just as reporters are trained to cover politics, sports, science or economics, they must also learn how to tackle stories about gender-based violence.

For advice on how to improve coverage in the age of COVID-19, we spoke to Nicole Martín, an investigative journalist and Chicas Poderosas Ambassador in Argentina who coordinated a collaborative report on the topic in Latin America with Distintas Latitudes; Daniella Inojosa, feminist activist and spokesperson for the Venezuelan collective En Tinta Violeta; Lu Ortiz, executive director and co-founder of Vita-Activa.Org, a helpline for journalists who experience violence; and Silvia Trujillo, a feminist sociologist who is part of La Cuerda, a feminist publication in Guatemala.

Here are their tips:

(1) Put it in the context of the pandemic.

A gender perspective should be applied to the media coverage of COVID-19, and not only regarding violence. Journalists should also to explore how the pandemic affects women, men and non-binary people in different ways, says Trujillo.

To make stories of gender-based violence relevant to readers today, Martin suggests linking gender violence — a pre-existing problem — with the pandemic, which is a new problem.

For example, in Argentina, some crimes went down due to the mandatory quarantine in the country, but the number of femicides did not decrease. Evaluating data like this makes it possible to attract the attention of the audience that is currently interested in pandemic issues.

Data is your best ally, says Ortiz. “It is necessary to show scientific evidence of how gender-based violence affects [society].”

Rather than just listing data, Trujillo recommends paying attention to how statistical information is being shown, and to add the context behind the numbers.

For example, in Guatemala, “In the first 15 days of confinement, gender-based violence reports decreased 75%. This caught the attention of the authorities,” said Trujillo. “The great conclusion was that violence had not decreased — what had increased was terror. The women were locked up with their aggressors and weren’t able to file reports because they could not move because here all public transport was banned.”

She adds that it’s important to differentiate the data according to age and other factors because there’s a difference between violence against a child, compared to an adult or elder. Make sure your data is clean, and as clear as possible for the reader.

Martin advises prioritizing clarity when expressing data. “Short and simple is better,” she says. Regarding formats, she recommends using visualizations, illustrations and design to make our information look understandable and attractive.

Martin advises pressuring public agencies to provide data on gender-based violence. Inojosa says that the media can help put pressure on the authorities by giving visibility to the problem of violence against women. She also invites journalists to consult and lean on the work of social organizations.

In countries where it’s hard to access public information, and there is little or no data about gender violence, social groups or organizations become valuable sources of information. For example, in Venezuela there is no public information on femicides. “Feminists (in Venezuela) have counted feminicides (during the pandemic) and we believe that this is also news because it makes visible the levels of gender violence during the pandemic,” says Inojosa.

(4) Include stories but never re-victimize.

Narrative is crucial, but adding personal stories on something so intimate and traumatizing can be difficult. Ortiz warns about re-victimization — otherwise known as  secondary victimization, or double victimization — which occurs when the victim or survivor is caused additional damage by exposing the details of their suffering.

Events can be reported by describing what happened and providing context without ever showing images. “It is not necessary to show the image of a battered woman to give visibility to the problem,” Ortiz says.

Make sure to not expose your sources, which in this case are victims or survivors of gender-based violence. Protecting them means not revealing their identity or personal information if it poses a danger to them.

Trujillo emphasizes that it is important to use proper terminology and language when reporting on the topic. This will, however, differ by region. Some countries have a crime called femicide or feminicide, while other countries don’t. To decide, refer to experts and resources in your own region, and familiarize yourself with the laws.

Ortiz recommends talking about “survivors” when referring to people who are out of a dangerous situation instead of “victims.” Only use the term “victims” when they are actively experiencing gender-based violence, or have experienced it recently.