Key quotes: COVID-19 and reporting on communities of color 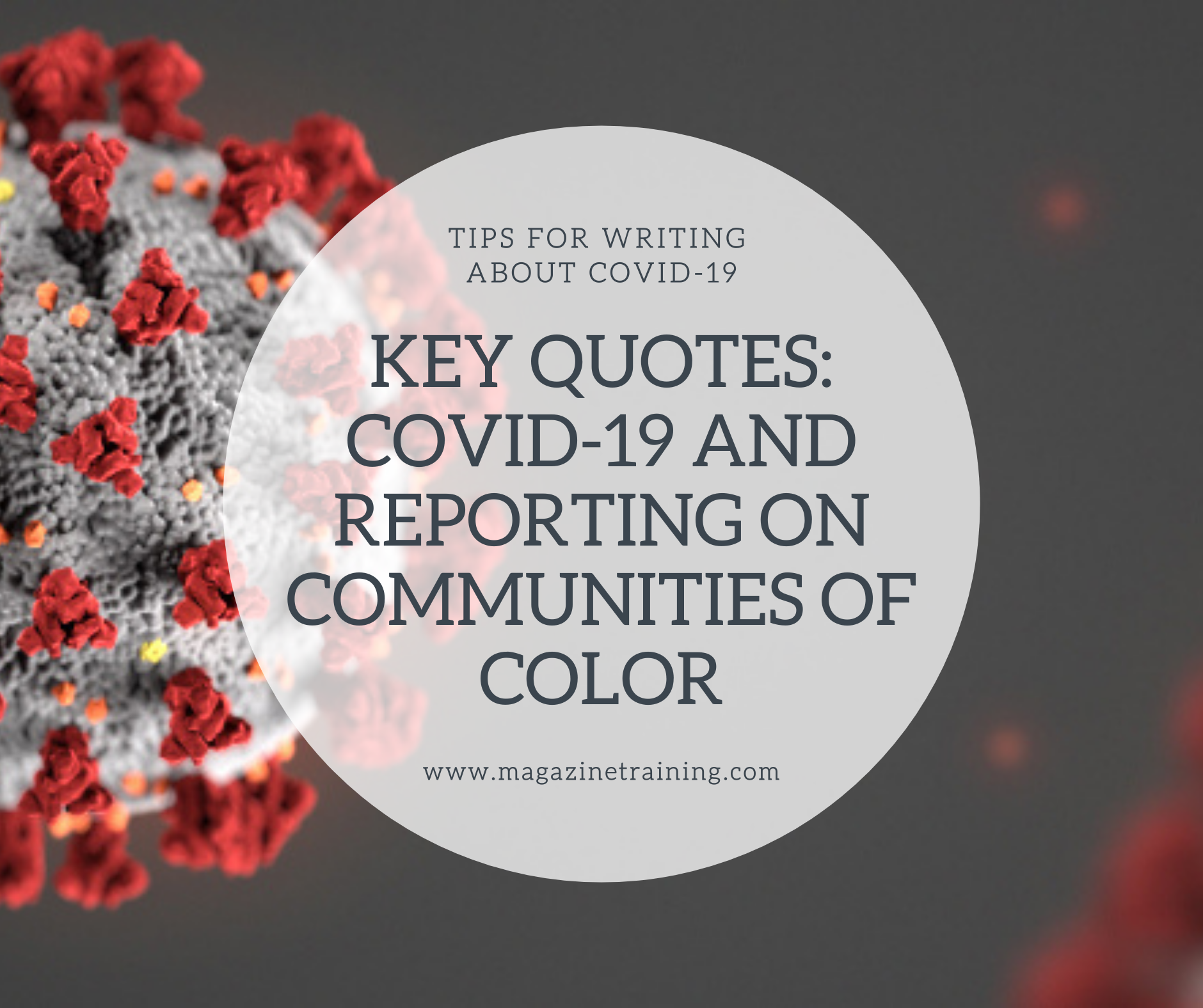 The pandemic has disproportionately affected minority communities and communities of color around the world, panelists said in an ICFJ Global Health Crisis Reporting Forum webinar on Monday.

She said that although the mainstream media has covered these inequalities, they were slow to do so, only recognizing the disparity when the infection and death rates were significantly higher for these communities.

However, publications around the world dedicated to covering minority communities have been covering these disparities for years.

“The favelas always existed, but it seems like everyone — and especially the mainstream media — started to look at this place thinking, ‘wow people, there’s a lack of water. People don’t have access to the internet,’” said Vagner De Alencar, co-founder of Agência Mural, a publication based in São Paulo, Brazil, dedicated to covering the favelas.

Miller and Alencar joined Thomas Bwire for a panel discussion. Bwire is the co-founder and editor of  Habari Kibra in Kenya, which covers life in Kibera, one of Africa’s largest slums. The panel discussion was moderated by WGBH New England Center for Investigative Reporting’s Phillip Martin.

Below are key quotes from their discussion:

On what is a minority community

On why coverage of minority communities matters

On keeping inequality at the forefront of media coverage: