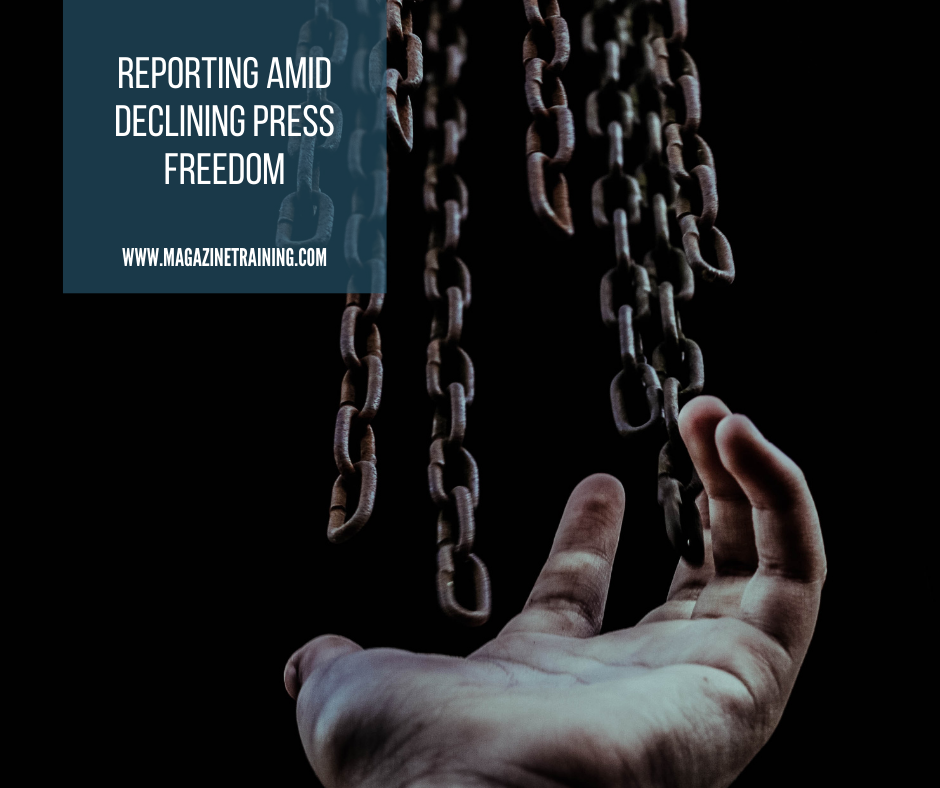 Threats against independent media are increasing globally. From a lack of support for journalists in hostile environments to growing government censorship and oppression of reporters, there are many reasons to be pessimistic about the state of press freedom.

Nevertheless, we can learn from the journalists who work diligently to combat these trends, said Aliza Applebaum, ICFJ program director, during a recent ICFJ Global Crisis Reporting Forum webinar held in collaboration with Voice of America (VOA).

“In most of the countries in conflict, the first casualty is truth,” said Solomon.

Here are some key takeaways from the event:

The state of press freedom

Press freedom has declined globally, placing pressure both on journalists and audiences who struggle to access factual, credible information in their countries.

“Hostility towards the media has been higher than it has been in recent history. There is the discrediting of the media domestically and internationally,” said Solomon, specifically highlighting media repression in Ethiopia during the ongoing conflict in Tigray province.

Across the globe, internet access has been restricted, governments have forced news organizations to shut down and journalists have faced threats, imprisonment and even death for standing up to those in power and holding human rights abusers to account. In Afghanistan threats have led the few journalists still left on the ground to self-censor out of fear of Taliban reprisal, according to Mahdi.

“The media aspect of [hostile governments] is to amplify propaganda; and the power of propaganda in an environment where there is no independent journalism is very dangerous,” said Solomon.

The role of the international community

By protecting local journalists and pushing governments to reverse laws that target media workers, the international community can play a crucial role in promoting press freedom in dangerous situations .

“The international community has the leverage to [promote] freedom of expression,” said Mahdi, lamenting, however, that “it has not been used.”

Photo by Zulmaury Saavedra on Unsplash