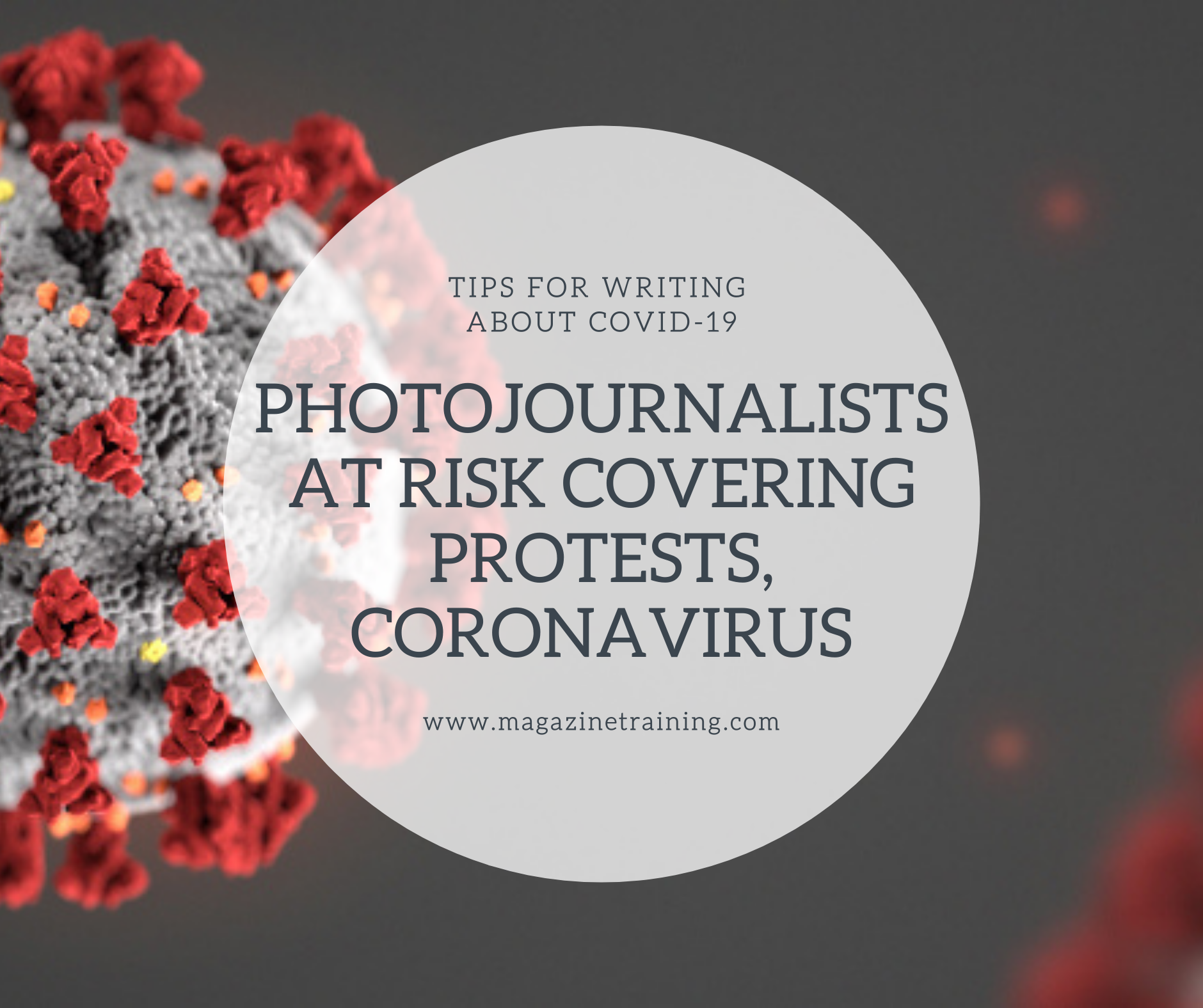 Since the onset of coronavirus, many newsroom staffers have been working at home. Photojournalists don’t have that luxury. To do their job, they must be in the thick of the action, and even seasoned veterans are unnerved by the risks this poses.

Los Angeles Times photographer Marcus Yam was photographing hospital workers treating coronavirus patients in intensive care when he caught a glimpse of himself in a mirror. At first, he thought someone else was staring back at him.

“I didn’t recognize myself in the personal protective equipment and full-face powered air-purifying respirator I was wearing,” the two-time Pulitzer Prize-winner wrote in The Los Angeles Times. “As a photojournalist, I’ve made a life out of navigating the unknown. But this pandemic is unpredictable and nebulous and has challenged my personal equilibrium.”

In the same article, photographer Allen J. Schaben, struck a somber note: “One slip-up in our routine could prove deadly to ourselves, our families and others.”

Photojournalists are also at risk on another front. Crowds of protesters against police violence following the death of George Floyd, a 46-year-old Black man in police custody in Minneapolis last month, are a breeding ground for COVID-19. Adding to the angst, police attacks against photographers during these protests and civil unrest are increasing. Photographers have been wounded by rubber bullets, pepper spray and other chemical irritants. One of them, Linda Tirado, permanently lost an eye.

In June, the heads of four photo agencies joined the Committee to Protect Journalists (CPJ) in a letter to the National Governors Association, calling for investigations of police brutality against visual journalists.

“We are particularly alarmed by the more than 60 reported cases involving photographers and video journalists, the majority of them at the hands of the police,” the letter stated. It was signed by leaders of the Associated Press, Reuters, Getty Images and Agence France Presse.

If photographers must work on the frontlines and face greater risks, what safety strategies do they have in place? IJNet asked three veterans in the thick of the Black Lives Matter (BLM) and COVID-19 coverage to share their experiences. They all struck a common note: planning is vital.

In mid-March, freelance photographer Yunghi Kim spent three days documenting how the virus was changing life on the New York City subway, a major artery for millions of New Yorkers.

“I was doing this as the disease was evolving.” said Kim, who has covered conflicts around the globe, including Somalia, Rwanda and Afghanistan. “I had no idea how many people I came in contact with who might have been infected. When I heard it could be asymptomatic, I thought, ‘Whoa, I could have it.’”

The subway photos ran in Rolling Stone, and The New York Times published Kim’s photo essay on food distribution in neighborhoods devastated by the virus.

Kim, a Brooklyn resident, adheres to a strict safety regimen. When she gets home from photographing, she dumps her clothes — including sneakers — in a garbage bag and carries it to the laundry room. After she showers, she wipes down camera gear, batteries, iPhone, press pass, the door and floor with a bleach and water mix. In the field, she wears N100 or N95 masks, the same type healthcare workers wear.

“I learned to do what emergency doctors do,” said Kim. “That’s where we got our tips.”