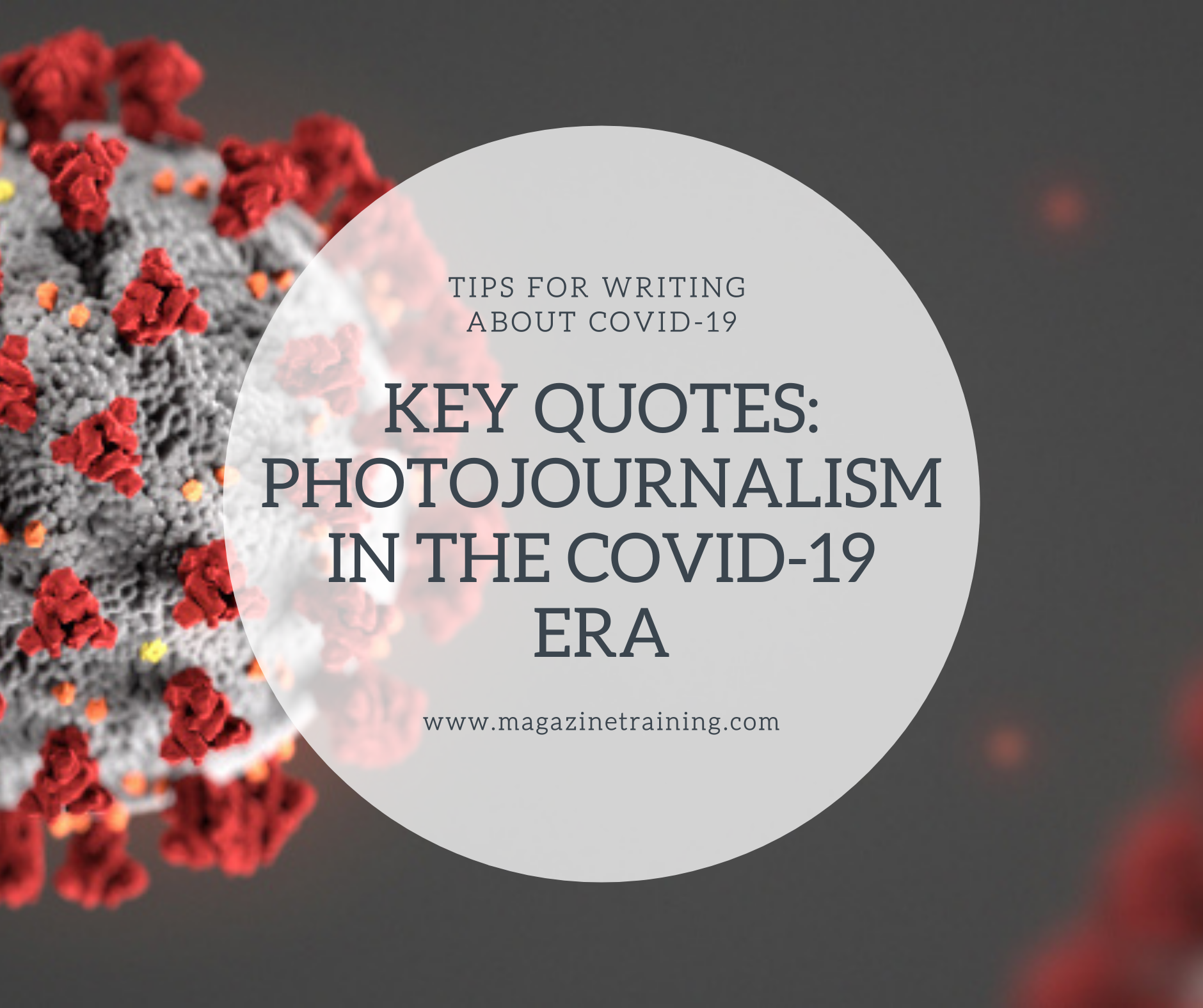 Covering COVID-19 is often an exercise in explaining statistics: How many people are sick? Unemployed? What is this week’s death rate?

But photographers are showing us the human face — and cost — of the pandemic.

Journalists “have been telling this story, more than any story I can remember, from a data point of view,” said Todd James, senior photo editor for National Geographic magazine. “All of those data points, those are people.”

“If we’re going to have an empathetic response to how this is affecting people’s lives and who it is affecting disproportionately, I think we have to see in a first-person, present-tense way who we’re talking about and how it’s affecting their lives,” he said during an ICFJ webinar this week.

James, along with photojournalists David Rodriguez and Camilla Ferrari, shared recent work, talked about the role photojournalism is playing during the pandemic, and imagined how the global health crisis might shape their craft in the future. IJNet Manager David Maas moderated the panel.

“By creating a level of human connection, people can relate to the subjects and connect with them,” said Rodriguez, who is shooting a five-part series on farm workers in Salinas, California. During the session, he shared images from his photo essay about a family struggling with food insecurity.

“My hope is that documenting these people struggling creates a sense of empathy in lawmakers and just your average Joe, and helps us prepare for future crises so we know where to invest our money.”

Ferrari, a freelance multimedia visual storyteller based in Milan, shot photos of her empty city in March. But as the outbreak turned into a pandemic, she turned her lens on home and daily life with Stay Home: A Portrait of Confinement in Milan. “I’m very much fascinated by how simple yet powerful things, very banal things that we go through every day are, and how they impact our life and our personalities in us as humans,” she said. She hopes the photos give others who are following stay-at-home orders a sense of “what we have the privilege to have, and a different way to meet the pandemic, to try to find the beauty in everyday life.”

James commissioned American photographer Danny Wilcox Frazier to shoot a photo story about people facing loss in Detroit. “People were dying alone. Important rituals of saying goodbye had been dramatically altered,” he said. Overnight, the pandemic had “impacted the cultural rituals and the daily rituals of our lives.”

Here are additional key quotes from the conversation:

“It was tricky at first. To fight the instinct to get close to people, because as journalists, that’s our job, to get as close as we can to our sources, to connect with them on a human level.” It took time to get “used to waving them down and talking to each of my sources from a distance and in a socially acceptable way,” Rodriguez said.

On giving power to vulnerable subjects

“We as photographers tend to be seen as vultures,” Rodriguez said. To avoid that perception, “I tend to get a lot of feedback from my sources. When I do that, I tend to get the best moments,” he said. “Having that constant dialogue with my sources tends to lead to better moments.”

On how the pandemic will affect photojournalism’s future

National Geographic has “abruptly had to rethink how we cover the world. And we’ve had to do it regionally because no one could travel. So I think that will stick,” James said. “We have been moving in that direction for a long time.”

Now, “we’re very near a model where stories [will come] from people who are regional and know the stories better than someone perhaps arriving from Washington, D.C., from a different culture. I think this is an important and optimistic moment for that shift to take place, where storytelling will be more regional, the way we think about assigning, the way we think about telling stories,” he said. “We will get a much more robust sort of diversity in terms of the stories we’re telling and who’s telling those stories.”

On their advice for photojournalists

Ferrari: “I think it’s so necessary that photographers are out there and doing this. But at the same time, I think it’s also very much necessary to be very honest about our intentions as storytellers and why we are photographing something and what is our true intention.”