Past health crises can inform reporting on COVID-19 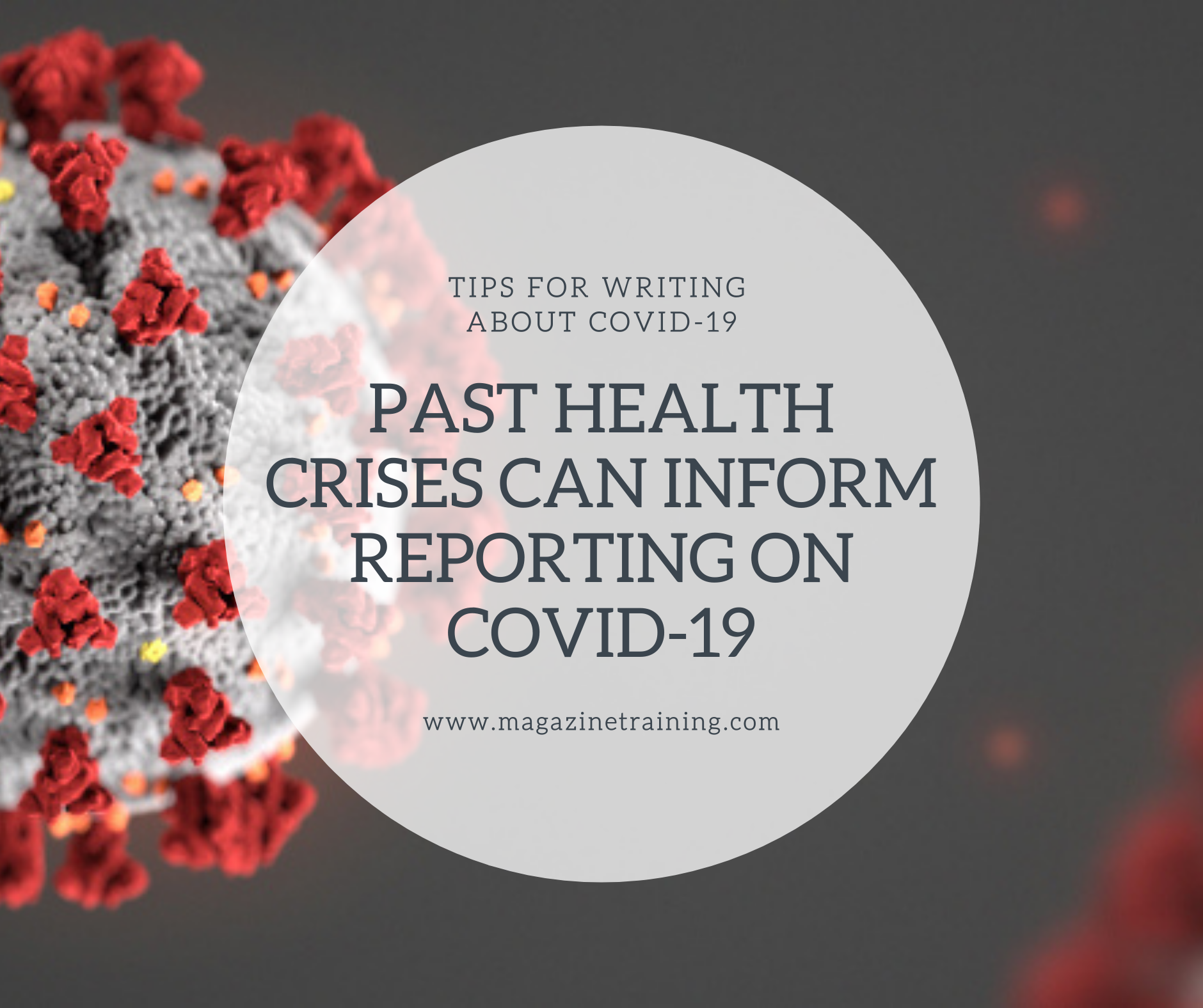 Journalists around the world are covering a global pandemic, but it’s not the first time a health crisis has gripped the journalism world. To learn from past crises, and better approach reporting on COVID-19, we reached out to Thomas Abraham, an academic and former journalist who studies the role of the media in communicating risk and infectious diseases.

Abraham is an Honorary Associate Professor at the Journalism and Media Studies Centre of the University of Hong Kong, is the author of “Twenty-first Century Plague: The Story of SARS” and “Polio: The Odyssey of Eradication.” He was previously an editor at the South China Morning Post in Hong Kong, and worked with the World Health Organization (WHO) during the influenza pandemic.

We spoke to Abraham about how the media should approach coverage of COVID-19:

IJNet: From the coverage you have seen on COVID-19, do you think journalists have been asking the right questions?

Abraham: Not always. Because there are so many figures available, it’s tempting to build your story around the daily figures. But that’s just the beginning. What’s happening behind the figures? Are they coming from different places? Are different kinds of people being infected?

One thing that would be helpful is for journalists to build their own charts or epidemic curves, which is what public health people do. It is very simple — anyone with Excel can do this. Then start plotting this curve. Is it going up steeper, or in a gentle curve or going down? This will give you an indication of what’s happening.

So journalists should not just rely on numbers?

You have to keep asking the question “why?” A classic example is happening in India over the question of testing. The Indian government policy in terms of testing is pretty limited. WHO is saying we need to test many more people. The question is why? Why is [India] adopting such a narrow basis for testing? Is this justified in public health terms?

These questions should be asked, rather than [just looking at] the figures.

If you’re not a science or health reporter, how do you approach COVID-19 coverage?

Use the same instincts all journalists should use. If someone says something, or puts out a press release, that’s the beginning. The questions are why are they saying this and is this in accordance with what everyone else in other parts of the world is saying? What are other experts saying? That’s step 1.

Step 2: There is a wealth of material available online. WHO has a lot of COVID resources. Even just by reading and applying simple logic you can get a lot. You need to read, view government directives and then compare them. Are they consistent? What is the logic behind them? And if you don’t understand, keep asking. You don’t need to be a beat reporter, but you need to be a good journalist.

You have access to WHO’s briefings daily. You can listen in and transcripts are there. My advice for someone thrown into this is that you need to do a lot of homework, but you can quickly get enough information.

The other piece of advice is to quickly build up a list of contacts. What kind of people are you looking for when reporting? You need public health specialists, and you need [disease] modellers. The other big resource available is the research you get through medical and scientific journals — Science, The Lancet, The British Medical Journal. You just need to read the abstract and get an idea of what they are saying.

How do you report this all on the phone?

You have to go to hospitals. You can’t report on this sitting at home. Take basic precautions and go. See what’s going on there. Are patients being turned away? Are there enough beds? Talk to doctors. In the way that a child would ask questions, keep asking questions and follow the story to its logical conclusion.

Those who have reported on SARS are obviously doing a better job today. For those who have not, everything is new. In the same way countries that experienced SARS like Hong Kong and Singapore are doing much better than countries that have not. For most journalists it’s a steep learning curve.