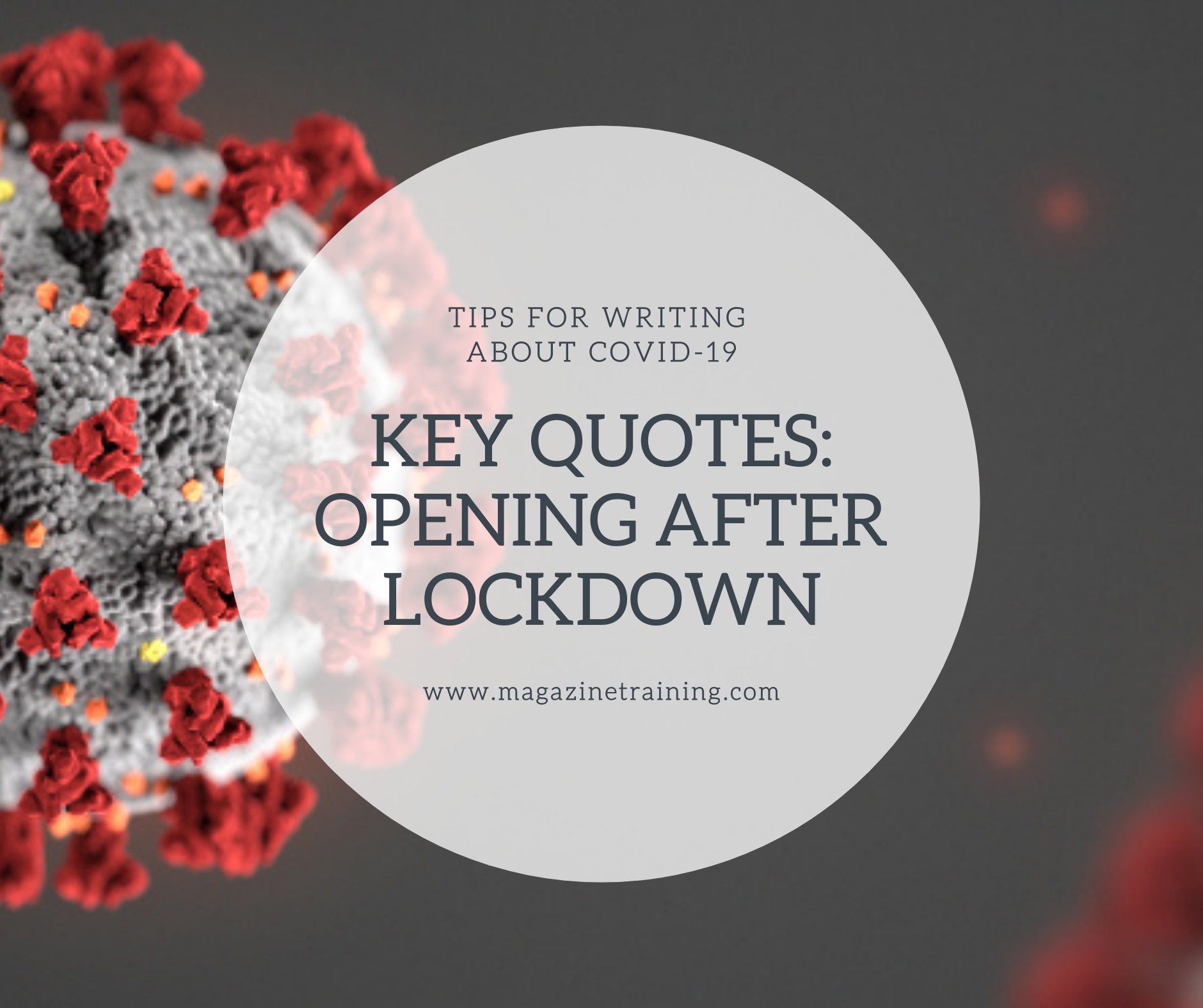 As many communities move from urging people to stay at home to opening for business, the U.S., one of the world’s wealthiest countries, is not prepared to meet the challenge, an economist and an epidemiologist said during an ICFJ webinar Thursday. “When the United States is handling this relatively poorly, you look at other countries that are less affluent than we are, and definitely have concern for them,” said Tara Smith, an epidemiology professor at Kent State University.

To move successfully from a lockdown, you need to “see a two-week decline in the number of COVID-19 patients, she said. “Then you should have testing, tracing, isolating, set up,” she said. “But I think the vast majority of places out there (in the U.S.) do not have this in place yet.” Both experts agreed that they are not yet seeing the wide-scale testing needed to avoid another major outbreak.

The situation is more dire in the Global South, added Martin Eichenbaum, the Charles Moskos Professor of Economics at Northwestern University. “One of the reasons we imposed the shutdown initially was [that] we were very afraid of overwhelming our health facilities,” causing death rates to spike,” he said. “If you look at a country like Ecuador, the state of the health system is, unfortunately, not very good.”

Still, the panelists pointed to examples of countries that are reopening responsibly. Germany was smart about containment and early intervention, Eichenbaum noted.

Israel, too, was “very early on testing and isolating,” he said. “They moved very, very quickly, very aggressively. Their infection rate is not so different from the rest of the United States, but their death rate is very, very low.”

He credited Israel’s decision to restrict the movement of senior citizens, the group most at risk of dying from the disease. “A 35-year-old [patient] with no pre-existing conditions is a very different situation than a seventy year old,” he said. “The Israelis recognized that and moved very aggressively to protect the elderly,” he said. “They weren’t allowed to leave the house.”

Smith said South Korea was also better prepared to handle the pandemic because it had a similar outbreak years ago of MERS (Middle East Respiratory Syndrome). Smith said they took this outbreak very seriously. “They ramped up their ability to develop and distribute these testing very quickly,” she said. “They had all the materials that are needed for this.” She added: “They’ve just been able to control theirs through largely that testing that we (in the U.S.) have not had here.”

On how to overcome fears about re-opening

“The government can say it’s OK to open up, but a lot of people are quite rationally afraid to go to a restaurant,” Eichenbaum said. “They’re afraid to go to a concert, and we wouldn’t want them to. They are not being silly. What would make them more comfortable? Well, for example, if we had massive testing and quarantining of infected people, if we had serious protection of our elderly, that would be good for the economy.”

On the vulnerability of rural areas

“There’s still a lot of denial about coronavirus’ severity in rural areas because they just haven’t seen it,” said Smith. “It’s easier to think of this as a problem in the big cities.”

“But now we’re seeing these outbreaks in places that are major employers within rural areas,” such as federal prisons and meatpacking plants. “For various reasons, meatpacking plants are just a perfect way to spread this virus amongst their employees,” she said. “Nursing homes, of course, are a problem throughout the country. But in rural areas where you have a relatively small population, just a small number of deaths from those in nursing homes can put you at the top of the list per capita for coronavirus deaths in the United States.”

She noted that rural communities’ populations tend to be older, with higher rates of heart disease, obesity, type 2 diabetes and other conditions. In addition, health care facilities tend to be spread far apart in rural areas, so access to prompt care is a problem. “I think all of those are kind of this perfect storm that, you know, when it hits some of these areas, they’re really going to be severely affected,” she said.

On whether the lack of a national policy in the U.S. means more infections

“I’m very concerned with this herd immunity idea that, yes, you could get the epidemic over sooner, but it will be at a really great cost as far as the mortality in those countries that choose to use that,” Smith said. “What I’m concerned about is that that just may become the default here as we are reopening and as we get pushed back against staying home and social distancing.”

“Just because we’re reopening it doesn’t necessarily mean all of this is over. And you can go about your business and there might not be additional shutdowns or again, you may have to undergo a quarantine if you’ve been exposed to this,” Smith said. “I also think we need to have good long term policies and messaging about those to the general public. So they understand that we may have to be in some type of mitigation.”

On whether the U.S. is prepared for a second wave

“I hope we will be prepared in the eventuality that it will happen,” Smith said. “And I hope we could do it again with a more surgical strike, using testing and tracing in a more widespread manner rather than having to completely close everything down. I think you would still have to limit large gatherings.”

On why the U.S. has floundered in its testing efforts

“There has been, in some cases, shortages of swabs. You have to have… nylon polyester swabs and those can be in short supply. Other times we’ve seen shortages of reagents. If any one of those is running low, then you can’t do the test.”

On the impact the pandemic will have on universities

“I think universities are going to contract generally,” Eichenbaum said. “There are many small liberal arts colleges that aren’t going to make it through this. They tend to be in small towns, going back to some of the concerns about rural places. They’re the industry in that town. And if they go broke, that has really catastrophic consequences for that community.”

“Is Boston going to suffer because Harvard’s on Zoom? No, they’ll be fine. But will some small town in Ohio suffer if the local college goes broke. It’s going to be really bad.”