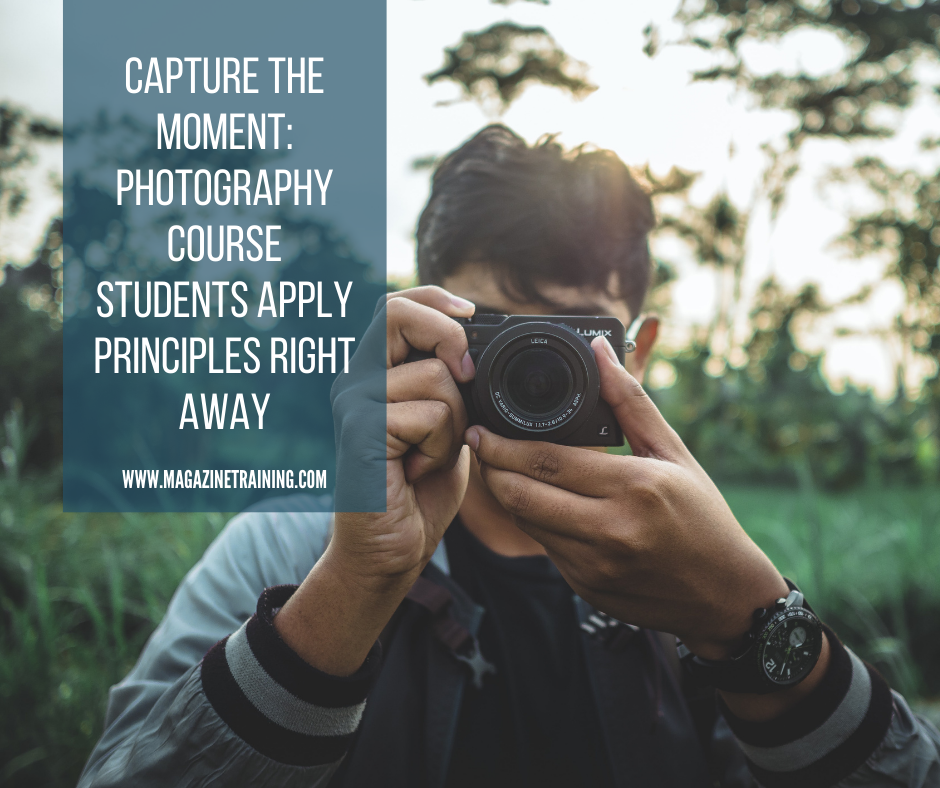 They say a picture is worth a thousand words. During MTI’s The Art of Editorial Photography Online Course, students learned how to perfect their photos in order to tell stories even better. “I must say my eyes have been significantly opened to using photography as a medium to engage my online audience from now on,” said Jabez Lloyd blogger and coordinator at Dying Seed International.

The four-week course covered four of the main types of photos used in magazines: portraits, narrative portraits, documentary photos, and conceptual photos. Featured here are samples from the students along with a summary of what was taught each week.

During the first week the students learned how a camera sees the world differently than the human eye. The photographer must frame the photo to include and exclude the right elements in order to assign meaning to the photo. After discussing the key elements that make a portrait effective, students were asked to submit two portraits using natural light. Gary Gnidovic, the course instructor and creative director of GX3 Creative, gave his feedback on each photo commenting on the choice of background, use of light and shadow, focus, framing, and the expression of the subject. “Many thanks to Gary for his clear and objective comments,” said Vera Fesianava associate art director of Noah’s Ark in Ukraine, “and for the new ideas for how to express perceptions and emotions and to share them with others.”

The second week added another twist. Students were asked to photograph a person in their natural environment to allow the photo to begin to tell a story. The feedback Gary offered provided guidance on positioning, framing, lighting and details within the environment. In the case of a narrative portrait it is important to allow the environment to help tell the story while not distracting the viewer from the subject.

The next week offered an even greater challenge. Documentary photography works to capture an event or person and tell the story visually. Documentary photos are most often used along with feature articles within a magazine. Participants were challenged to tell a story in four photographs working to capture candid but decisive moments. The first image set the scene with the overall environment. The second showed some emotion or interaction. The third showcased an important detail and the final photo in the series provided a clincher or ending to the story. Each photo in the series was critiqued for its effectiveness in telling its part of the story.

The final week the students were asked to switch gears and think conceptually. Conceptual images within the editorial context provide a way to illustrate ideas such as faith or loneliness. The conceptual photograph can be a wonderful tool to help communicate an idea with a simple but striking image. Students submitted a conceptual photograph along with a title and subtitle that might appear in their magazines. Gary’s feedback concentrated on the concept and the execution.

“Thank you for the opportunity to be part of this online photography course,” said Nikola Ginevski assistant for Kladence in Macedonia. “I learned many things that will help me get better when it comes to photography and improve with time. “ Learn more about MTI’s training opportunities.