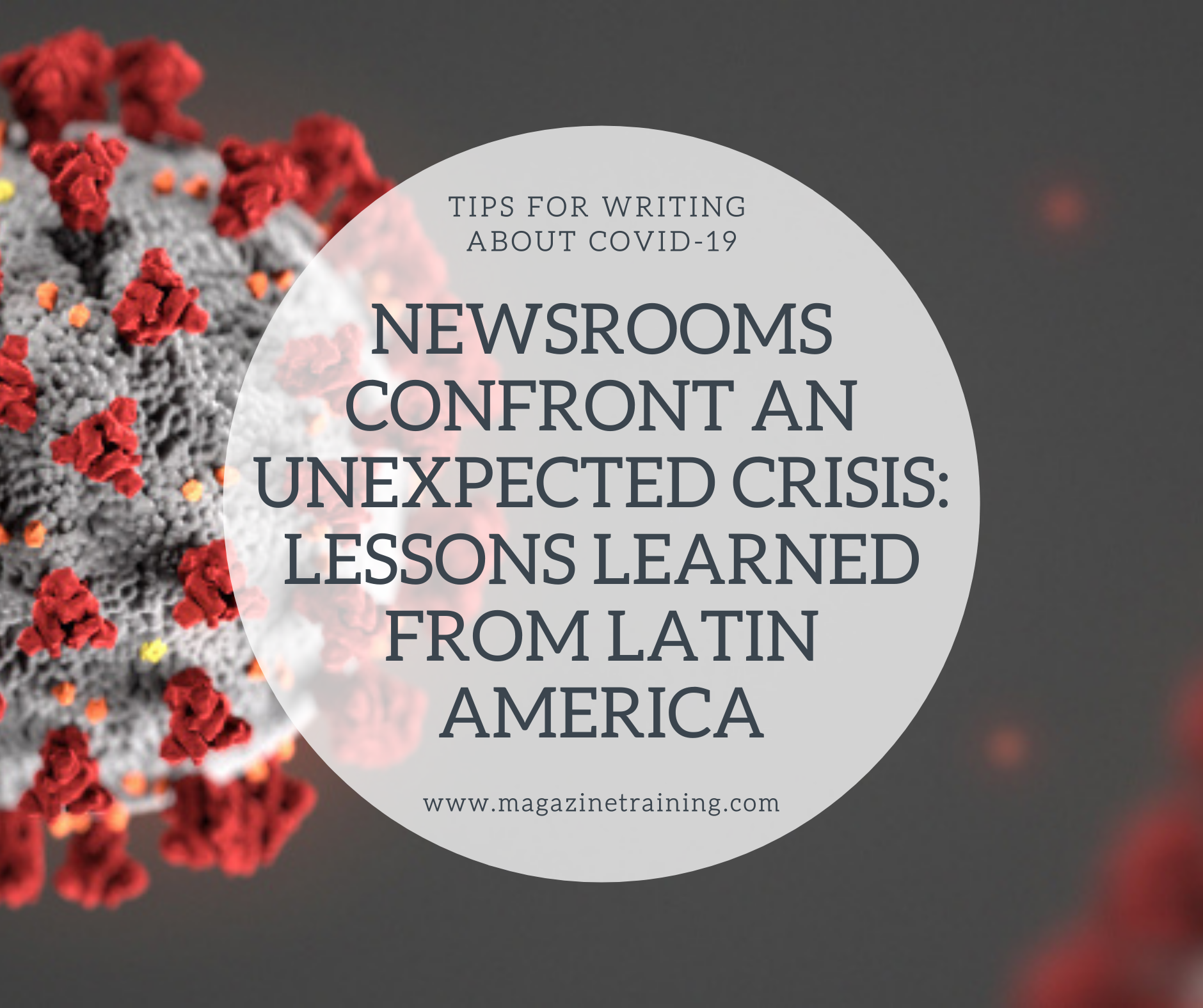 In late February, as COVID-19 was still a seemingly distant threat for Latin America, 10 newsrooms participating in a regional accelerator were designing their strategic growth plans for 2020.

When the pandemic hit, these news outlets — all taking part in the Velocidad program, implemented by the International Center for Journalists and SembraMedia, with support from Luminate — had to change course. The media startups have not only successfully adapted their best-laid plans during the global health crisis — they’ve seized on new opportunities.

In this article, four news outlets share their lessons learned and advice for navigating an unexpected crisis.

Founded in 2014, Posta is widely regarded as the top producer of podcasts in Argentina. Its diverse content focuses on topics ranging from innovation and technology, to entertainment and pop culture. In 2020, the digital media outlet planned to expand its production and strengthen its relationship with its audience.

The challenges of the pandemic notwithstanding, Posta launched Esto Pasó Posta, a 10-minute daily summary that runs every evening. They also partnered with the news site, El Gato y la Caja, to roll out a new podcast series of short episodes that provide analysis of the health crisis.

The new projects were no simple task. The Posta team had to be flexible and adapt to the challenges of remote work; this required, for example, that they seek out specialized recording studios to produce their podcasts.

Above all, Posta prioritized the professional quality of their audio and content. “We have an audience that seeks in us an alternative to entertainment, information, education and access to other ideas. Our commitment [to] that audience, I think, was maintained,” said Posta co-founder Luciano Banchero.

Mexican news site Lado B also adopted a more flexible approach as the pandemic intensified. It was important for site editor Mely Arellano to know when to make a move, stop or completely postpone an activity. “Sometimes things can sound really nice, but it’s not the right moment [to do them],” said Arellano.

Lado B canceled a series of in-person workshops originally planned for 2020 after the coronavirus hit Mexico. In its place, the outlet organized online workshops.

Of course, many other news organizations had the same idea. “We had to launch our first workshops for free with an option for donations,” said Arellano. In doing so, Lado B was able to build ties with its community — one area, in particular, the outlet wanted to improve through its work with Velocidad.

Charting this new course, Lado B prioritized engaging and soliciting feedback from its community of readers. The outlet produced a new newsletter to boost the reader-focused approach. “We made calls to action for them to answer and we received responses,” said Arellano.

As they build their reach, the Lado B team is encouraged by conversations they are able to have with readers now — ones they had only briefly in the past.

Chilean investigative media outlet CIPER entered 2020 with a goal to grow its membership program. The critical editorial decisions the newsroom has made over the past six months have boosted this effort, while at the same time meeting an increased demand for reliable information among readers.

Before the pandemic, for instance, CIPER had rarely covered breaking news. This year, while maintaining its central commitment to investigative reporting, the outlet has delved more into covering daily developments around the virus. “We [were] not going to change our rigor, but suddenly we could prioritize and make certain things more current, [and] always with the stamp of research,” said community editor Claudia Urquieta.

In June, CIPER published a report that revealed that the Chilean government was broadcasting a lower death toll within the country than it reported to the World Health Organization. The report was impactful, ultimately leading to the resignation of Chile’s Health Minister. CIPER, meanwhile, gained 600 new members after publishing — a milestone in its membership program.

“In situations like this, journalism really shows itself. It shows its reach and the need it generates, because it is necessary for people to be informed by a reliable source,” said Urquieta.

Peruvian news organization Convoca has successfully grown its operation despite the pandemic. “It was going to be the year with the highest number of projects, and it continues to be. That has not changed,” said the outlet’s director, Milagros Salazar.