New platform aims to address attacks on journalists in Africa 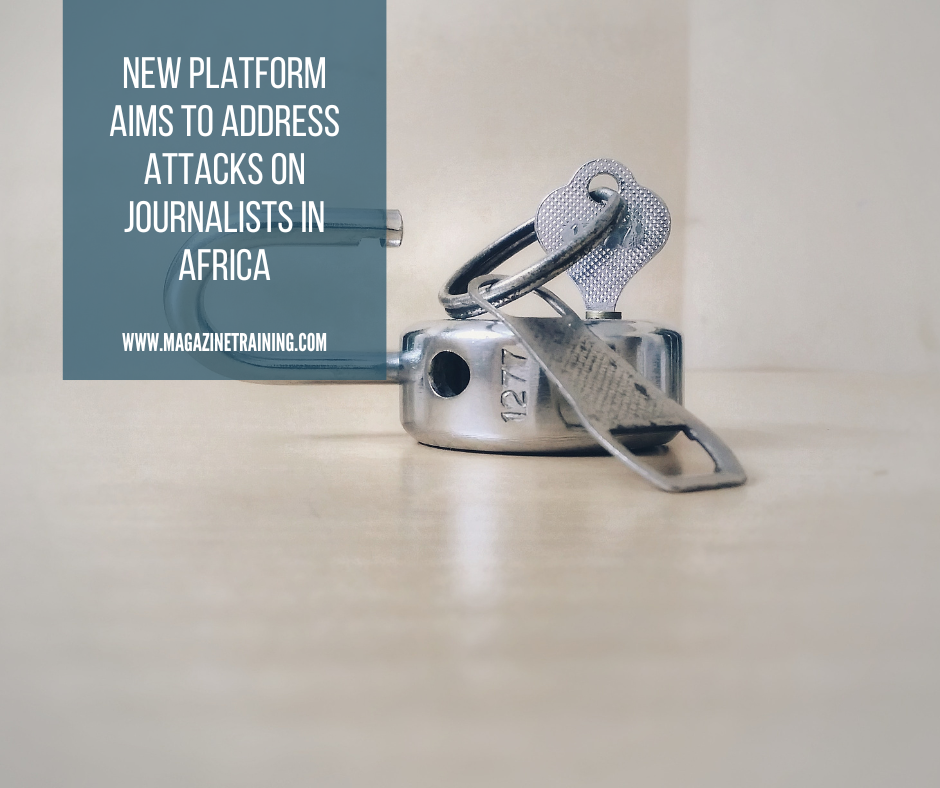 In October 2020, Pelumi Onifade was reporting on the looting of COVID-19 relief supplies from a warehouse in Lagos, Nigeria when he was shot in the back allegedly by police. Unable to move, the police took the 20-year-old Onifade away in their van. A week later, his body was found in a morgue after his family and employer had declared him missing.

Onifade’s case is not unique. Attacks on journalists in Nigeria and elsewhere in Africa are on the rise. Media workers are increasingly arrested, harassed and killed while on the job. The COVID-19 pandemic has exacerbated the situation, as governments have tried to suppress critical reporting. According to the Committee to Protect Journalists, “the COVID-19 pandemic and associated ‘infodemic’ have worsened many of the challenges, and highlighted both the importance of independent, fact-based journalism as well as the repression by governments who dislike critical reporting.”

The perpetrators of these attacks are rarely prosecuted or otherwise held to account. This has left families of victims seeking justice within a system that often emboldens the crimes.

This could be changing, however. Last year, the African Union in partnership with UNESCO and other press freedom and media organizations, launched a digital platform to track attacks on journalists, help protect them, and hold perpetrators to account.

The Platform for the Protection of Journalism and Safety of Journalists in Africa has identified four key objectives: promoting partnerships, prevention, protection and prosecution of perpetrators of crimes against journalists on the continent. This, those behind the initiative say, would be achieved through “real time monitoring, reporting and follow-up actions by both the duty and right bearers.”

“Our march towards the achievement of the aspirations of Agenda 2063, of the Africa we want requires that we nurture and protect a free and independent media,” said South Africa President and African Union chairman Cyril Ramaphosa during the launch, referring to Africa’s strategic framework to “transform” the continent for the future. “[The initiative] requires that we vigorously defend the right of journalists to do their work, to write, to publish and to also broadcast what they like, even if we disagree with some or all of it.”

Noting the important role played by the media in Africa, Ramaphosa added that the platform will help with “improving awareness on the importance of press freedom and safety of journalists.”

“A platform that facilitates proper documentation of attacks on journalists, and that serves as a medium of exchange of information on the safety of journalists is very important for the advancement of press freedom on the continent,” said Lanre Arogundade, executive director of the Nigeria-based International Press Council, an organization that has advocated for the protection of journalists in Africa for more than a decade.

Arogundade added that the platform will facilitate networking among journalists and push for solidarity actions to be swiftly implemented, among them campaigns and advocacy when journalists are attacked.

The platform will help build a comprehensive database of journalists on the continent including their identities and media outlets they are affiliated with, explained press freedom advocate Chido Onumah.

Photo by Basil James on Unsplash