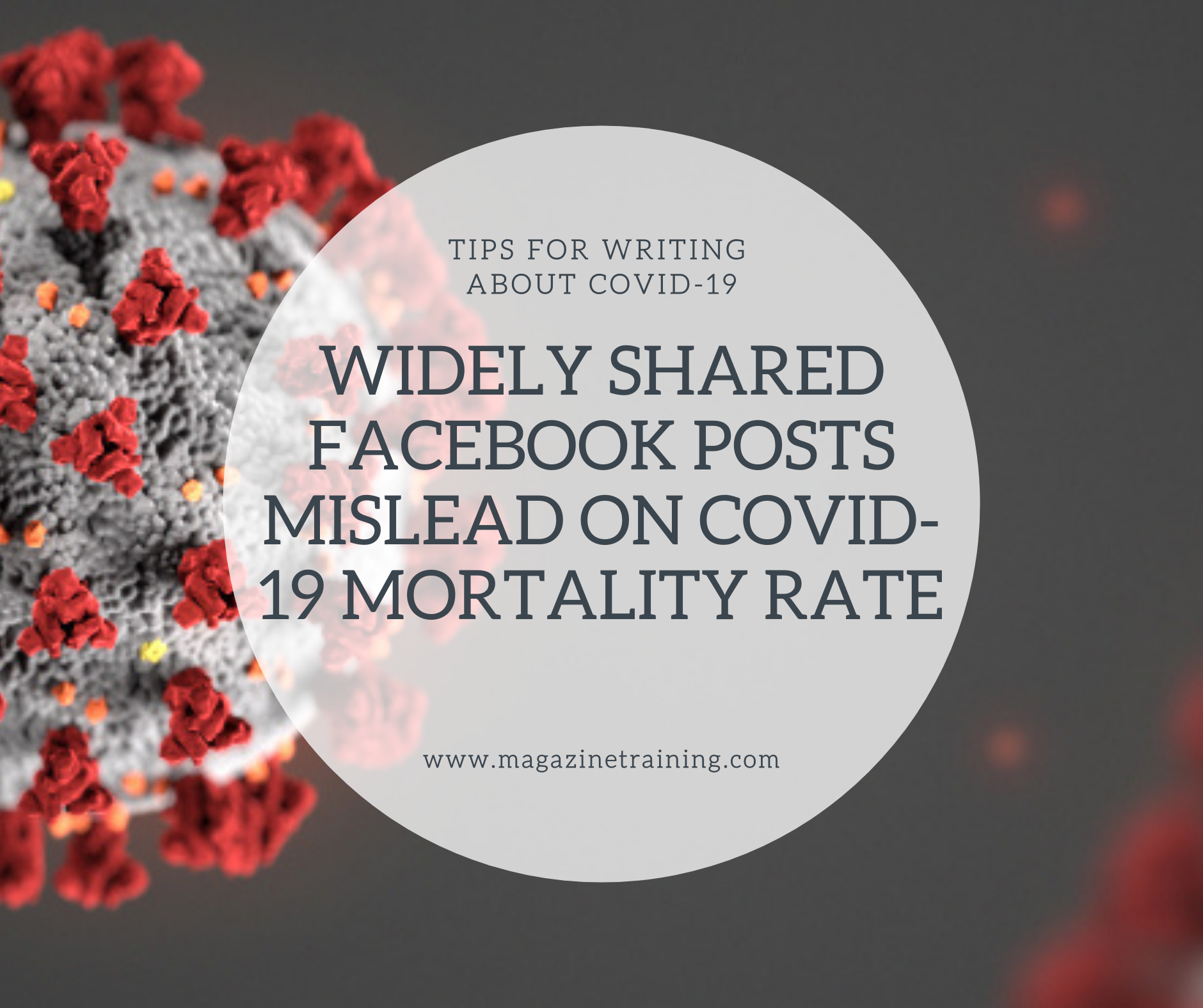 Contrary to popular Facebook posts, The CDC has not “confirmed” any mortality rate for COVID-19. And the 0.2% figure is the low end of a May estimate.

Determining the death rate of COVID-19 is a big challenge, especially at this still-early stage in the pandemic.

Health officials and epidemiologists say there are many unknowns: How many people got infected but were never tested? How many died of the disease without being counted as coronavirus deaths?

The answer is a moving target and at least one health expert believes it could be many months before a precise mortality rate is known.

“We won’t know until a year from now,” said Thomas Novotny, professor emeritus of epidemiology and biostatistics at San Diego State University. “There’s so much we don’t know.”

That uncertainty, however, hasn’t stopped claims from catapulting across social media saying the severity of the virus was overblown.

Posts cut and pasted and shared thousands of times on Facebook and Instagram say: “The CDC just confirmed a 0.2% death-rate for COVID19,” suggesting the rate is far lower than officials previously reported. The posts also claim that government officials misled the public about the number of coronavirus deaths and argue that closing down the economy wasn’t necessary.

The posts, some of which implore readers to “make this viral,” include multiple misleading and false statements. But for this fact check, we decided to focus on whether the Centers for Disease Control and Prevention has really “confirmed” a 0.2% mortality rate and to offer some context on the lethality of the virus.