Media sustainability during a pandemic 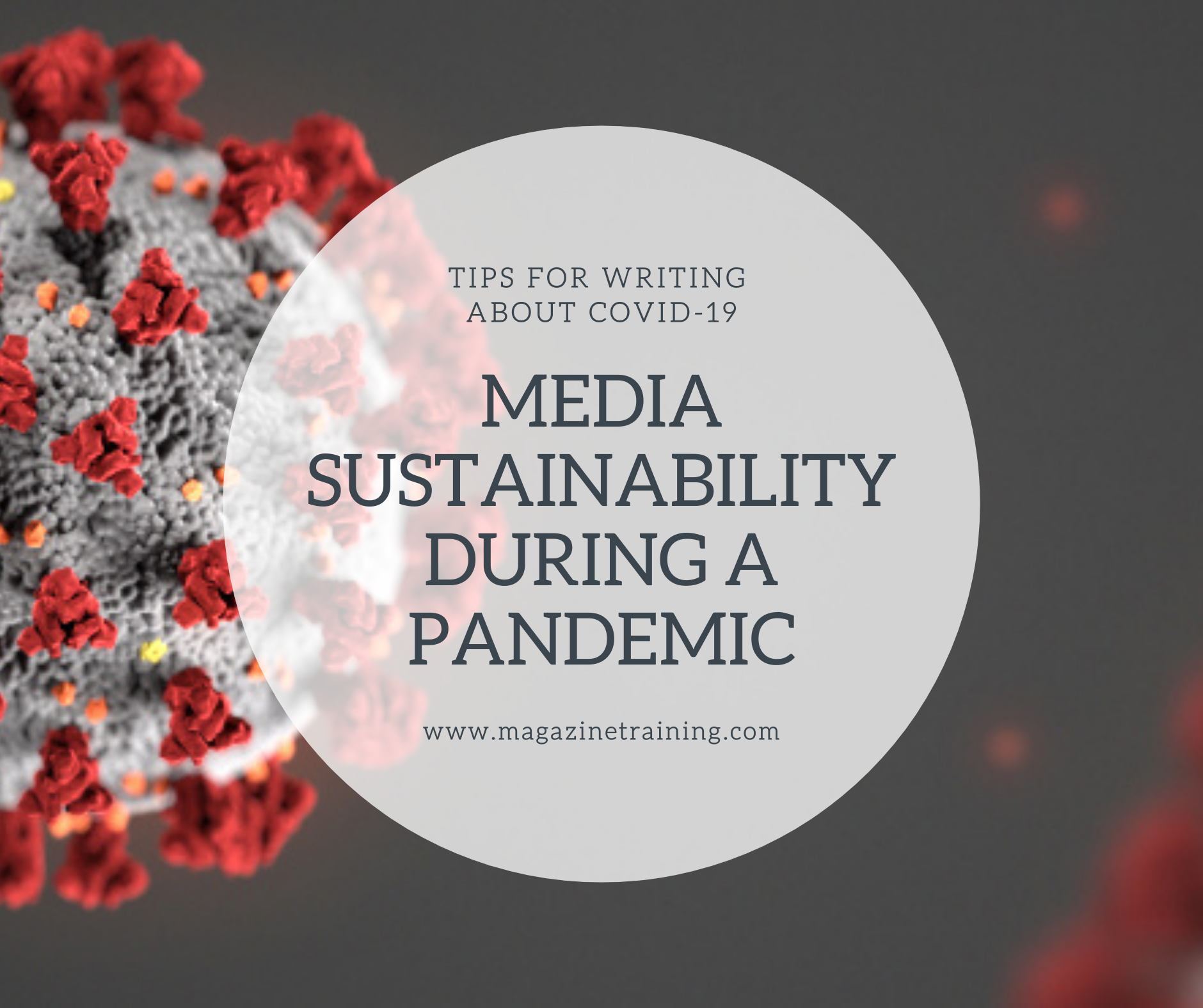 As measures to contain COVID-19 spread around the world and millions of people are quarantined in their homes, reliable, fact-checked news is more important than ever. News audiences are growing in record numbers, but for many media organizations, income is falling.

Many businesses that are affected by the economic situation are suspending their advertisements, and public events and conferences have already been canceled through May — and possibly longer. Some media report that their subscriptions and memberships are growing, but in the face of so much uncertainty, they already fear that readers may soon cancel.

What are independent digital native media doing to survive this unprecedented crisis, and what do those working on media sustainability recommend?

“When the economy is a concern, the first thing that is cut is advertising,” said Patricia Torres-Burd, managing director of media services of the Media Development Investment Fund. For her, everyone is concerned about cash flow. “You have to prepare for a new normal,” she said.

“This is the time to strengthen the relationship with your audience. You have to understand what the competition is doing and even partner with other local, national or regional media and organizations,” she added.

Periodismo de Barrio and El Toque, two independent digital media sites in Cuba, joined forces to cover the coronavirus on the island. First, they created a safety plan for their teams to follow in the field: “We realized that by combining forces our teams were stronger together because our media sites have different strengths,” said Elaine Díaz, founder of Periodismo de Barrio.

“We began by evaluating how to produce more news, how to report better, and how to lower the risks for people who needed to go out on the street,” she said. For Díaz, it was not just about informing the community, but about limiting the risk to reporters, photographers, and videographers. By combining forces, they were able to reduce the number of people who have to go out in public to cover the news.

“Like any alliance, the processes were imperfect, but fortunately both teams were trained in virtual work,” said Díaz. The safety precautions and expanded news coverage increased expenses so project leaders contacted funders to see how they could redirect budgets to cover the new costs.

“In the end, our partnership helped us lower costs because each media site covered the costs of producing the content in the formats they specialized in. We even managed to get some funders to give us more financial support because they recognized the importance of supporting our work together,” she said.

Díaz said the crises helped them to understand the value of working together, adding that the experience could lead to more alliances in the future.

Reach out to funders and readers

In times of crisis, long hours covering stories and the need to adapt to new forms of remote work can be difficult to prioritize business and management. However, early communication with funders, clients, advertisers, members or donors can make a difference in the short and long term.

Depending on the type of media site, recommendations vary from cooperating with other media to developing virtual training programs to considering new services for third parties that may not be as well prepared to communicate with customers and employees. The most consistent recommendation is to establish two-way communication with audiences and funders as quickly as possible.

“Before the quarantine even started in Argentina, we sent an email to each of our donors asking for a call to reassess projects or adjust deadlines and expectations because we knew the pandemic was coming to our country,” said Laura Zommer, director of Chequeado, an independent digital media site and fact-checking pioneer in Latin America. “We were reassured that the vast majority of our supporters were on the same page.”

Zommer said that some funders were even more flexible than they expected. She recommended having conversations with funders as soon as possible and doing so face-to-face (in video calls) in order to better connect and assess their reactions. “We reached out, in some cases, before our funders sent their official communications, and our prompt reaction helped give them peace of mind,” she said.

From meetings in-person to the virtual world

Almost overnight, the majority of the population had to switch from in-person interactions to the virtual world. From telecommuting, to meeting with friends on the computer screen, to yoga classes and recitals via cell phone, the change was rapid. Yet many are still learning to make the most of these digital tools.

“I think that today we have an opportunity to use these virtual spaces in new ways,” said Mijal Iastrebner, co-founder and director of SembraMedia. “Until now, they were only online workspaces, but the truth is that this view is limiting, given the possibilities offered by virtual connections,” she said. “I’m not just talking about content generation, but about interacting more deeply with our communities.”.

Media must also face the challenge of news saturation, as well as the many other competitors for audience attention. With an unprecedented number of people trapped in their homes, the consumption of digital news and entertainment has skyrocketed. This moment creates opportunities for organizations that can quickly adapt to working in the virtual world.

“Teams that have greater flexibility and adaptability can communicate information better tailored to digital consumption,” said María Catalina Colmenares, program director for Latin America for the Media Development Investment Fund. “They can use these capabilities to design strategies that attract new and loyal audiences through innovative coverage. These new products or approaches can produce unexpected, and hopefully sustained growth.”

“It’s crucial that each of the independent media teams we work with figures out how to adapt their work to this new reality because they are providing a vital service with their high-quality content,” said Vanina Berghella, director of Velocidad. “In the midst of the pandemic, the digital media we work with are facing the challenge by producing original, fact-checked content. Their effort not only serves the community, it builds credibility and fosters audience loyalty.”

Red/Acción, an independent digital media project in Argentina, produces infographics and videos for its community, and has expanded its audience since the start of the pandemic. Their team quickly adapted to remote work, and to help their audience understand what they were doing, they published screenshots of their virtual sessions, including one in which they all wore different kinds of colorful hats to give the image more personality.

The Revista Anfibia team, a Latin American news site that specializes in long-form journalism, had to solve a variety of technical problems as they started working virtually.

Tomás Perez Vizzón, director of the Anfibia Podcast (among the most popular in the region on Spotify) had to figure out how to produce podcasts without their sound-proofed studio and recording equipment. To produce “Muy en una,” their special coronavirus edition, Vizzón created a makeshift studio in the closet of his home, using t-shirts and jackets as insulation for sound proofing. Then he broadcast a live stream of what he was doing to show his audience the conditions he was working under and share some recording tips with other podcasters.

Colmenares warned that it’s important not to neglect analytics as you work in this new context. “To maintain your flexibility and adaptability, pay attention to the indicators, analytics, behavior patterns and feedback from the community. These are vital to making data-based decisions about coverage, products and distribution channels,” she said.