Key quotes: Lessons learned reporting on the pandemic in Brazil 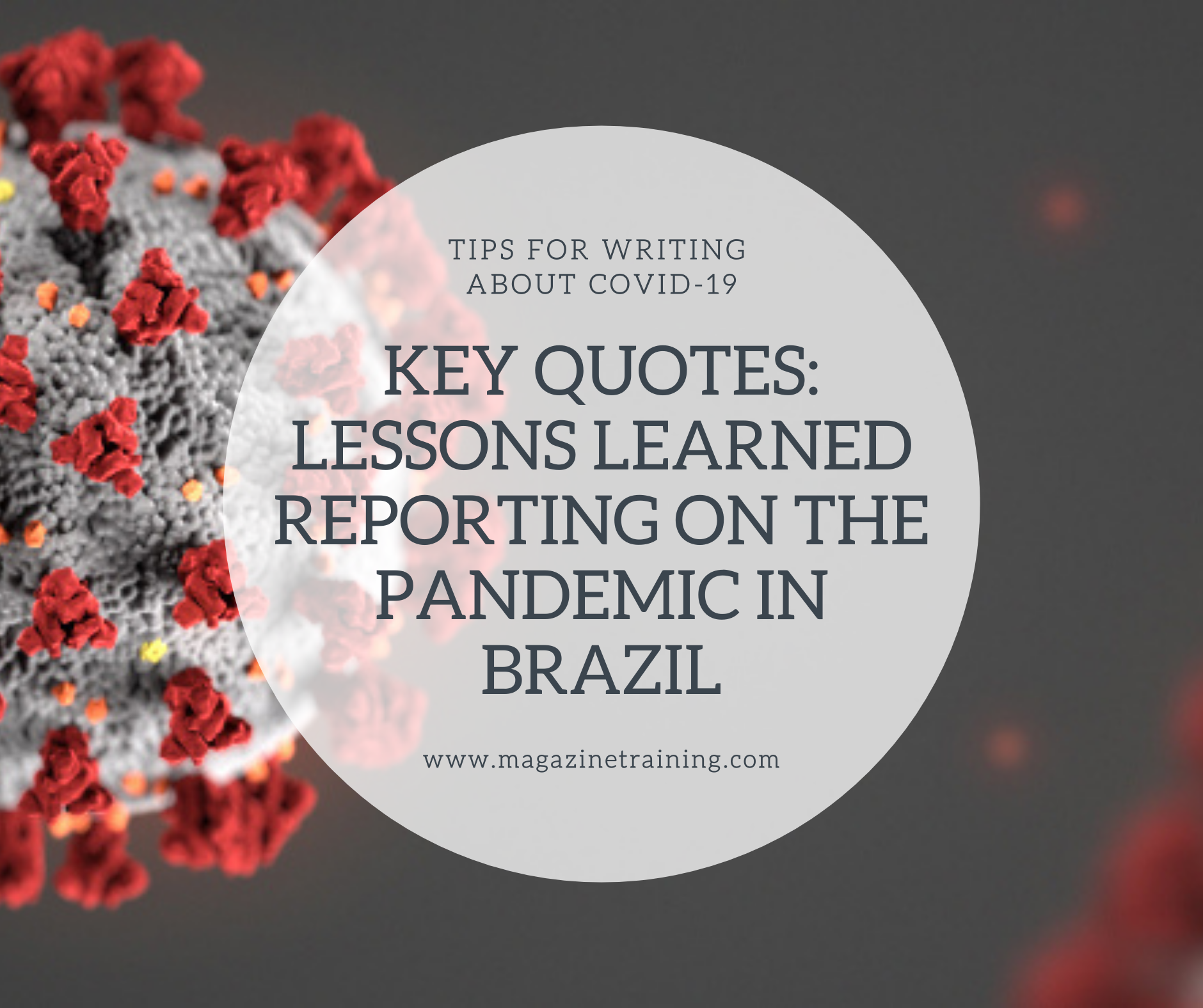 In Brazil, where disinformation and harassment of reporters are part of the media landscape, the dogged investigative reporter Patricia Campos Mello is better prepared than most journalists to uncover the truth. She has reported from war zones, covered the Ebola epidemic in Sierra Leone and persisted in reporting on Brazil despite threats from supporters of President Jair Bolsonaro.

Yet it isn’t mining data or parsing epidemiological statistics that the Folha de S. Paulo journalist considers the most important skill for covering the COVID-19 pandemic. Instead, it’s a simple, human one: empathy.

“Whenever I’m doing reporting, what I try to do is put myself in the shoes of the person I’m speaking to,” she said during an ICFJ webinar. “I think this is the lesson that I learn over and over again.”

“When we are covering something so sad and so horrible as a pandemic, it’s even more valuable,” said Campos Mello, who also has covered the Zika virus outbreak in Brazil. “Before you write something, think, ‘These are people.’ Think about their families, what they’re going through. I think this is the most important thing.”

This week, Campos Mello was a winner of Columbia University’s Maria Moors Cabot Prize, which recognizes journalists and news organizations with a distinguished body of work who has contributed to inter-American understanding. The Cabot Prize judges called her “a prime example of a professional journalist who continues to do her job in the face of adversity.”

She talked with ICFJ Community Engagement Director Stella Roque about her experience covering the COVID-19 pandemic in Brazil.

“Do not get in the way of the doctors’ and nurses’ work, because they’re not there to speak to journalists. They’re there to deal with a disease that they don’t even know how to cure. They’re still trying.”

Here are additional highlights from the conversation:

On the challenges of reporting on the pandemic in Brazil

“We have the second-highest death toll because of COVID-19. And we are approaching two million cases, which means we’re only second to the U.S. in terms of the seriousness of the pandemic in the country,” she said.

“We’re also similar to the U.S. in the sense that we have a president that has been minimizing the seriousness of the pandemic since the beginning,” she said. “He was also saying it’s not worse than a regular cold, so it’s been very difficult to report about the seriousness of the disease and about all the problems and lack of equipment, lack of personal [protective] equipment and everything, because we have very conflicting messages” from health experts and the central government.

On reporting statistics when authorities try to hide them

In April, “the government stopped publishing the numbers of people who had died of COVID-19 on its social media channels. And in the beginning of June, they just decided to change the statistics method they were using in a way that it would end up omitting part of the death toll. They only stopped this because the Supreme Court in Brazil said they could not do this.”

To work around the government’s hoarding of statistics, “the main media outlets in Brazil, built a consortium with the local governments and do a parallel statistics and parallel accounting of cases. And that’s because we can’t trust government figures. That’s how bad it is.”