Lessons learned after starting a podcast with zero experience 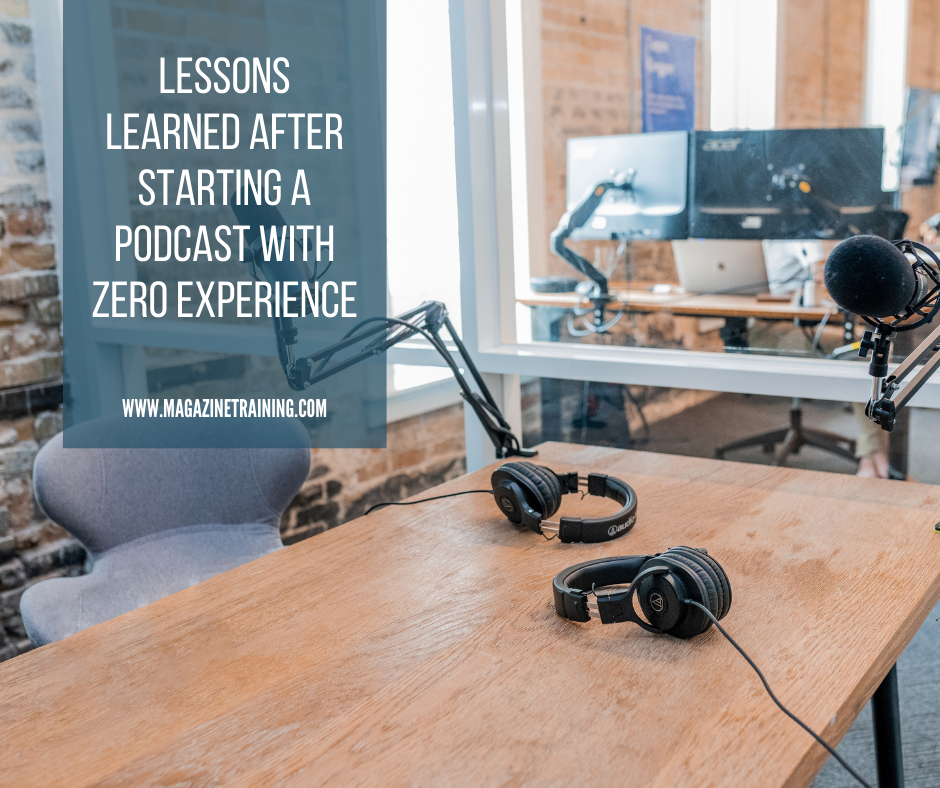 The idea came on a whim.  “Let’s create a podcast,” I told my former Al-Jazeera colleague Zyad Tariq Rasheed.

“Yes, let’s do it,” he told me without giving it a second thought.

And that was that. This was how we created our podcast ExpaTalk.

When I describe how I co-created my first podcast to my friends, I say I jumped in the ocean without learning how to swim. I had no clue what to do and where to begin.

First, we agreed on the concept: We would interview entrepreneurs, artists and luminaries from the Middle East, to inspire others and combat the mainstream narrative of Arabs and Middle Easterners that often portrays them as violent, poor and angry.

We agreed on a live video podcast format and called it ExpaTalk, سوالف مهجر in Arabic. Since both of us are of Arab origin and live in the diaspora, we thought this name would encompass the theme and spirit of our podcast.

When we first started, we divided the tasks. Zyad, an experienced broadcaster, took charge of the video portion and managed his task seamlessly using the Streamyard platform. I was responsible for the audio portion. I would turn the audio file from the live video interview into a podcast. I stumbled, making a lot of mistakes while trying to navigate the world of podcasting without prior knowledge.

Eventually, we made it. As I type this, we have over 400 downloads in a few months. This might sound like a modest number, but in a crowded field this is notable, and we are proud of what we have accomplished so far in such a short period of time.

Here’s what I have learned from my bumpy start, and the eventual smooth sailing:

Get the right equipment

At first, I had no idea what to get and ended up with a Yeti microphone, which I highly recommend. I didn’t even think I needed a microphone at first and thought my computer microphone would suffice, but no. Trust me, you need it.

The second piece of equipment you need is headphones. I kept it simple and used my Apple AirPods Pro. Don’t skip this step. Once during the live recording, I forgot to wear my headphones, and the quality of the audio was subpar, so Zyad and I spent extra time trying to manipulate the audio to improve it. No more! I learned my lesson.

Invest in a podcast hosting platform

Starting out, I battled with the first episode’s RSS feed and tried to push the podcast manually to every single podcast player out there. Suffice to say, it was grueling. I failed and wasted a lot of time. Platforms like Buzzsprout, Anchor and Simplecast make it seamless to upload your podcast episodes on various platforms, and they offer some marketing features, too.

Teach yourself how to edit

Yes, audio editing comes in handy when you have a podcast. You will need to learn how to get rid of awkward pauses and add audio elements such as music and an introduction. I took an online course with communications master Seth Godin, and learned how to edit using Audacity, a free open-source audio software. The editing skills I learned were worth every dollar I spent.

Photo by Austin Distel on Unsplash