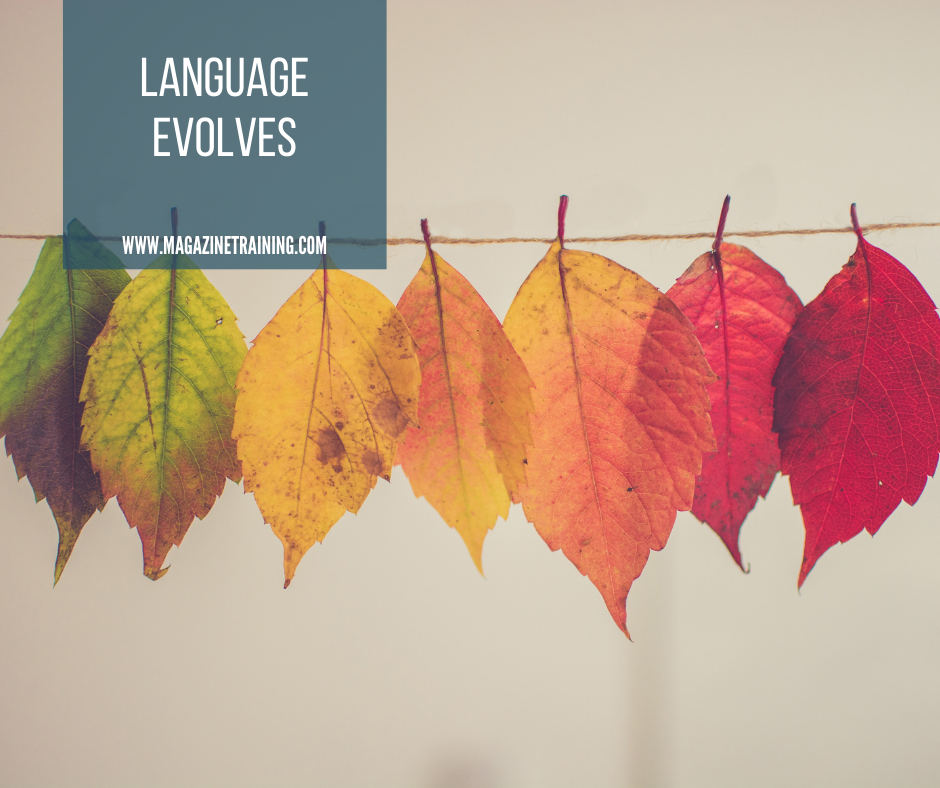 When I started as an editor 20 years ago, the terminology we used for the web was the “World Wide Web.” The communication standard for the organization I worked for had it as a proper noun, capitalized, the name for a very specific thing.

Now that online activity is ubiquitous, the general usage is a common noun, not capitalized. The web is as common as a ham sandwich, and it has been for more than a decade. Referring to the World Wide Web in a current publication would be odd.

Proper nouns morphing into common nouns is just one area of change as language evolves. Hyphenation of compound words is another area of change.

When people first started sending emails rather than paper memos or letters, the communication was referred to as electronic mail. This eventually was shortened to e-mail, which then became email. As the practice became widespread, the descriptor was simplified.

Both of the examples given so far are changes that were incorporated in language through widespread adoption of technological advances.

There are other reasons for change. For example, some descriptors that once were common are now understood to be pejorative. Decades ago, a person might have been described as “crippled.” That term was replaced with the word “handicapped.” Now we might talk about a person with a disability. Along with the change in descriptor, there is a more subtle but positive shift, to focus on someone’s personhood, rather than just a label of a physical or mental condition. Hence – a person with a disability, rather than “disabled” as a shorthand way to refer to someone.

Similar changes have occurred in ethnic and racial terminology over time. If you are unsure about which descriptors are appropriate, best practice is to consult with people in the group for clarification on how they self-identify.

Because language does evolve, publications need to revisit their communications standards periodically, every year or two, to stay relevant. Between revisions, keep a list of terms that you notice changing in common usage, so you can decide about them when you undertake a communication standards revision.