Key quotes: Six months after the first COVID-19 outbreak, what do we know about the virus? 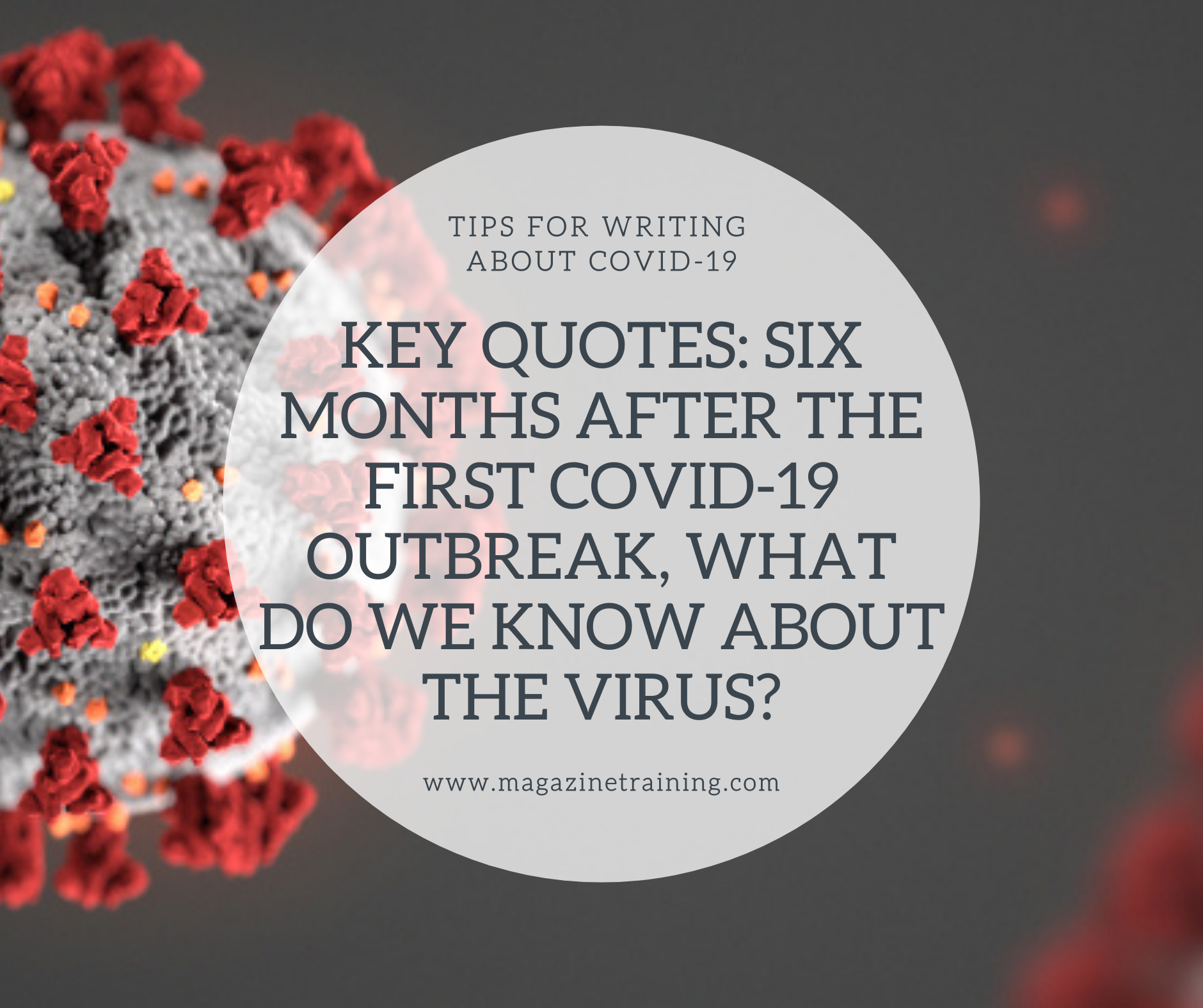 During the pandemic, research has pointed to the likelihood that aerosols — made up of tiny droplets of water even smaller than those from a cough — may carry SARS-CoV-2, the novel coronavirus that causes COVID-19. Because aerosols can linger in the air in enclosed spaces, this research has important implications for prevention. But until July 7, the World Health Organization had declined to acknowledge that aerosol-borne particles could transmit the virus.

“There has been a lot of misinformation flying around,” said Columbia University virologist Dr. Angela Rasmussen during an ICFJ webinar this week moderated by ICFJ Senior Vice President Sharon Moshavi. “For better or for worse, the WHO’s motivation has been to not say anything until they’re absolutely 100% sure.”

Rasmussen was one of more than 100 scientists who urged the WHO to acknowledge the science on aerosols. “I think that the way we communicate this type of information does need to change, allowing the WHO to potentially make actionable guidance faster,” she said.

Larger droplets produced when people speak or cough will fall to the ground quickly, making a social distance of about six feet (about 1.8 meters) an effective prevention measure. But in aerosols,  the virus can linger longer in the air, the scientists wrote, especially in indoor spaces that are poorly ventilated.

Awareness of aerosol transmission highlights the importance of good ventilation and of wearing masks indoors. Aerosols “can remain in the air for a long time, and you could inhale them and become infected,” Rasmussen said.

There’s a “continuum of different-sized particles that you produce when you speak, when you cough, when you are singing, anytime you’re really breathing or vocalizing through your mouth,” she said. “Regardless of the particle size, if you’re inhaling something out of the air and getting infected from it, that is really airborne transmission.”

Here are additional key quotes from the discussion:

On whether the virus spreads through air conditioning and HVAC systems

The smallest droplets, called particle aerosols, or droplet nuclei, can remain suspended for hours at a time, but appear to be less likely to spread the virus, Rasmussen said. “In general, we don’t have any evidence that any large case clusters have been transmitted by, for example, [particles] going through an air conditioning system or an HVAC system.”

Fomite transmission, or indirect person-to-person transmission via surfaces, does not appear to be a major driver of cases, Rasmussen said, but scientists haven’t yet ruled it out. “I think that means you should still consider disinfecting high-touch surfaces, and why I tell people to continue practicing good hand hygiene, because that’s really one of the keys to reducing fomite transmission.”

On whether children are susceptible to the virus

“The evidence is somewhat conflicting. Some studies have found that children don’t transmit as easily. Others have found that they do. A recent study this past week showed that children did have infectious virus in their respiratory passages. Previous studies have showed that among German children, they had the same distribution of viral loads as adults,” including high-risk adults,” she said. “So children can definitely get infected.”

On whether children should return to school

“I’ve really been struggling with how safe it is to open schools and not just for the children, but for the staff and for the people in their families. And it’s really there are so many unknowns. It’s going to be a really tricky thing to balance the needs of those kids that are not virology-related with the needs of the rest of society based on an incomplete set of evidence.”