Key quotes on what (not) to say while covering a pandemic 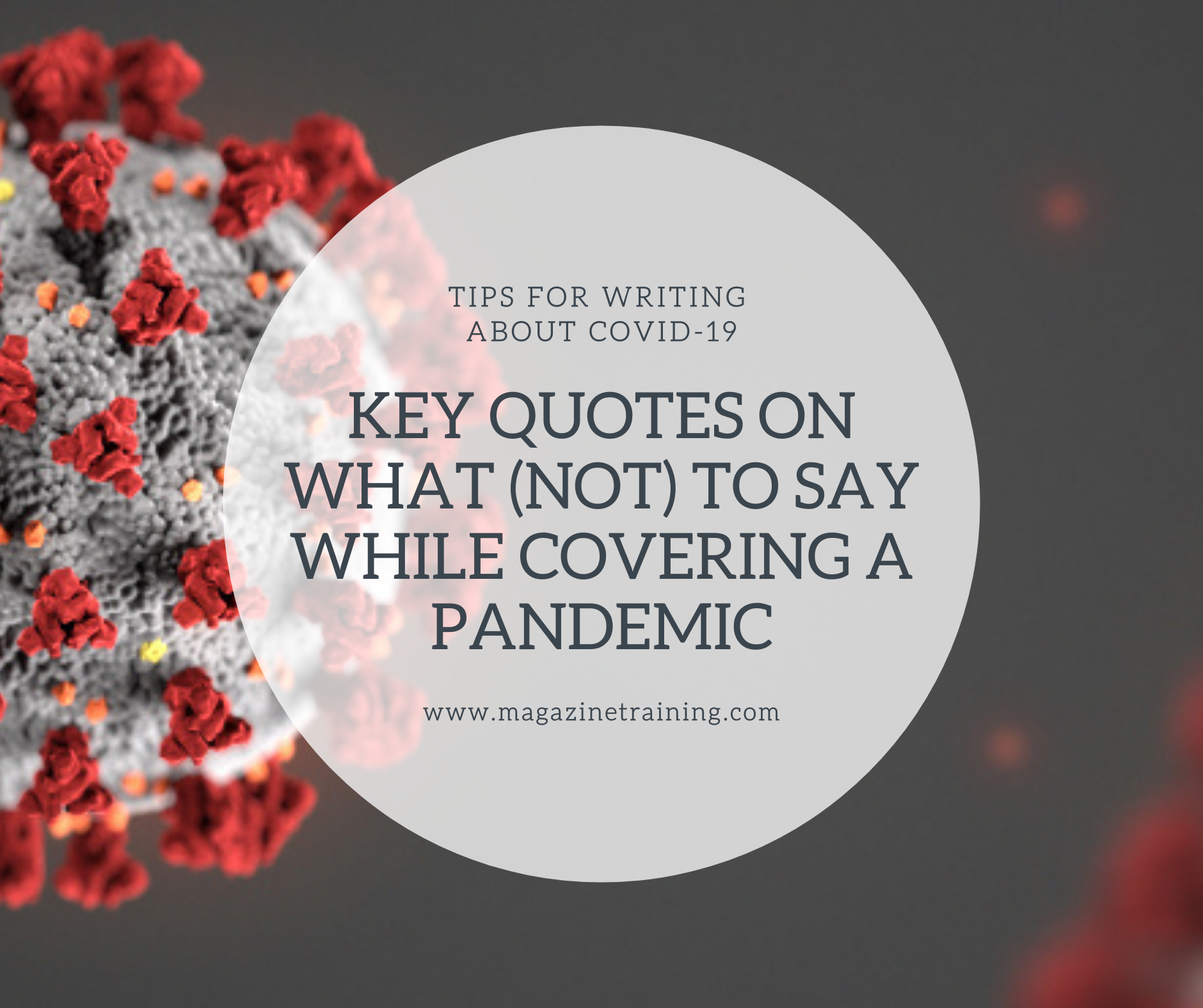 Reporting on COVID-19 can be tricky because of the medical and technical jargon that is inevitably involved. If you’re not a seasoned health or science journalist with a deep understanding of these terms, you run the risk of using them incorrectly, which could cause confusion at best, and trigger a barrage of misinformation and fake news at worst.

A panel of experts delved into the challenges that journalists face in deciphering jargon for their audiences, particularly with limited print space and airtime. Speakers included Bhargav Krishna, a scholar at Harvard University’s T.H. Chan School of Public Health; Sandhya Srinivasan, a journalist and researcher; and Rema Nagarajan, editor-research at The Times of India. They pointed out the need to avoid stigmatizing language, the importance of understanding and correctly representing technical terms, and the crucial role that journalists play in countering panic while informing the public on dealing with the pandemic.

Here are some key takeaways:

The panel agreed that it’s imperative to avoid the use of terms such as “coronavirus suspect” to refer to a person who might be infected. Bhargav said that the World Health Organization (WHO) has warned against identifying specific communities that have been affected or infected by the virus. He said journalists must be careful about how they report on communities that could face stigma as a result of their minority or “other” status.

Bhargav suggested that journalists explore alternatives to technical language that may not always convey the right message when used in a story. “It’s convenient to use terms like ‘superspreader,’ which come from epidemiology but have different connotations in common parlance,” he said.

Such a term could convey that one person or event is responsible for many cases, leading to stigmatization and blame. “The correct technical terms may not always be the right choices in terms of language to use. Even terms like ‘social distancing’ mean vastly different things to different people, especially in places like India.”

He said that the better term to use is “physical distancing,” which conveys the message that you are not emotionally and socially isolating people from each other, but rather putting physical distance between them to avoid spreading the disease.

Srinivasan said journalists reporting on COVID-19 can draw lessons from the past, such as the HIV epidemic which resulted in heavy stigmatization of the infected.

Nagarajan said that in India, reporters not only have to avoid stigmatizing language but must actively counter it, because government media briefings themselves are often couched in such language.

The panelists agreed that the language of COVID-19 reporting, if framed correctly and responsibly, can enable citizens to take required action. It can also educate audiences on crucial questions such as why governments in different regions are employing different scales of testing, or how we can achieve herd immunity.

On demystifying technical and medical jargon

She said that while jargon might be familiar to reporters who cover health on a regular basis, it definitely needs to be explained to the general public. For example, she said, the term “Case fatality rate” is used frequently by some health reporters. But both Nagarajan and Srinivasan noted that the description of this term is complicated and should be explained. “Case fatality rate is the number of people who die against the number of cases you have,” Srinivasan said. “But the number of cases you have varies according to how much you are testing. That’s an issue that even journalists have to be thinking about.”

On “isolation” vs. “quarantine”

The panelists also cautioned journalists about using the words “isolation” and “quarantine,” which have very different technical meanings but are often used interchangeably in reporting. They said the broad consensus is that isolation refers to keeping a person who has symptoms of the disease away from other people. In the case of COVID-19, we have seen various health authorities around the world recommend home isolation for those with mild symptoms, and isolation in hospitals for those with severe symptoms.

Quarantine, on the other hand, is the separation of people who have been exposed to the disease but are not showing symptoms themselves.

Bhargav urged journalists to “be clear on the specific terms you are using. If you are unsure, ask the expert you are speaking to to explain it. There is a lot of pressure to file copy, but spending five minutes speaking to the person who you are sourcing information from to explain terms can be invaluable.”