Journalists are creators now, and that’s a good thing 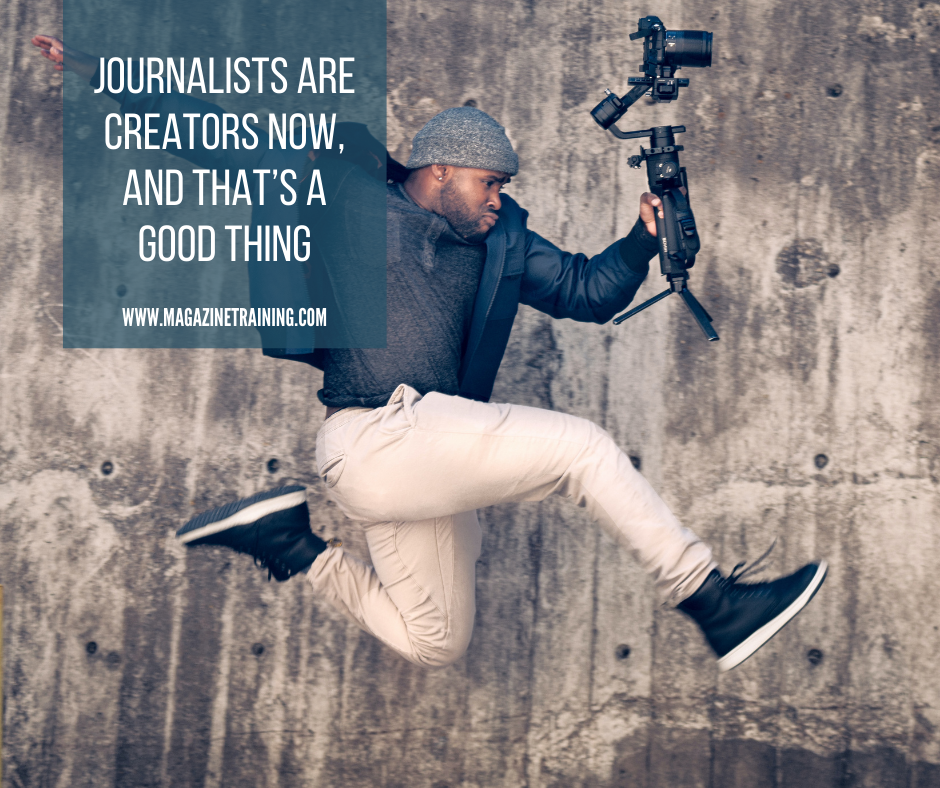 In 2009, the former editor-in-chief at Thomson Reuters David Schlesinger described journalism as one of the great self-declared professions. He wrote, “I am a journalist because I said I was one more than two decades ago and have spent the years since working on my abilities. I am not one because I am somehow anointed with a certificate or an exam result. Journalism is ideally designed for democratisation.”

We’re living in a remarkable time when reporters no longer have to win an editor’s approval to publish a story, reach an audience, and get paid. In fact, anyone can technically do it, which is why the distinction between professional journalists (people employed by news organizations) and creators (individuals producing journalistic content online) no longer exists.

Our current state of affairs shouldn’t be a surprise. Since the mid-2000s, we’ve documented the proliferation of bloggers, YouTube creators, and social media influencers on Instagram, Snapchat, and now TikTok, with measured skepticism, if not outright disdain. In 2009, the idea of newsrooms publishing “citizen journalism” and “user-generated content” were hotly debated issues. In 2012, when Instagram came onto the scene, photojournalists penned scathing columns criticizing “app photographers” for creating artistic masterpieces without learning the tools of the trade. In retrospect, these industry terms—citizen journalism, UGC, app photographers—revealed our collective trepidation. They served to differentiate the role of journalists from everyday citizens, as if we were never both.

In 2017, nearly 17 million Americans earned a total of $6.8 billion dollars by posting their personal creations on platform companies. Over the years, that number has undoubtedly grown as almost everyone with an Internet connection communicates, learns, works, or plays on a digital platform. Whether it’s TikTok or Twitch, these platform companies are developing the tools, and progressively the rules, for how we conduct ourselves online. If we’re not building these platforms, then we’re players within them, and in the ever-expanding passion economy, journalists are creators like everyone else.

Photo by Charles Fair on Unsplash