Journalists and the urgency around the COVID-19 vaccine 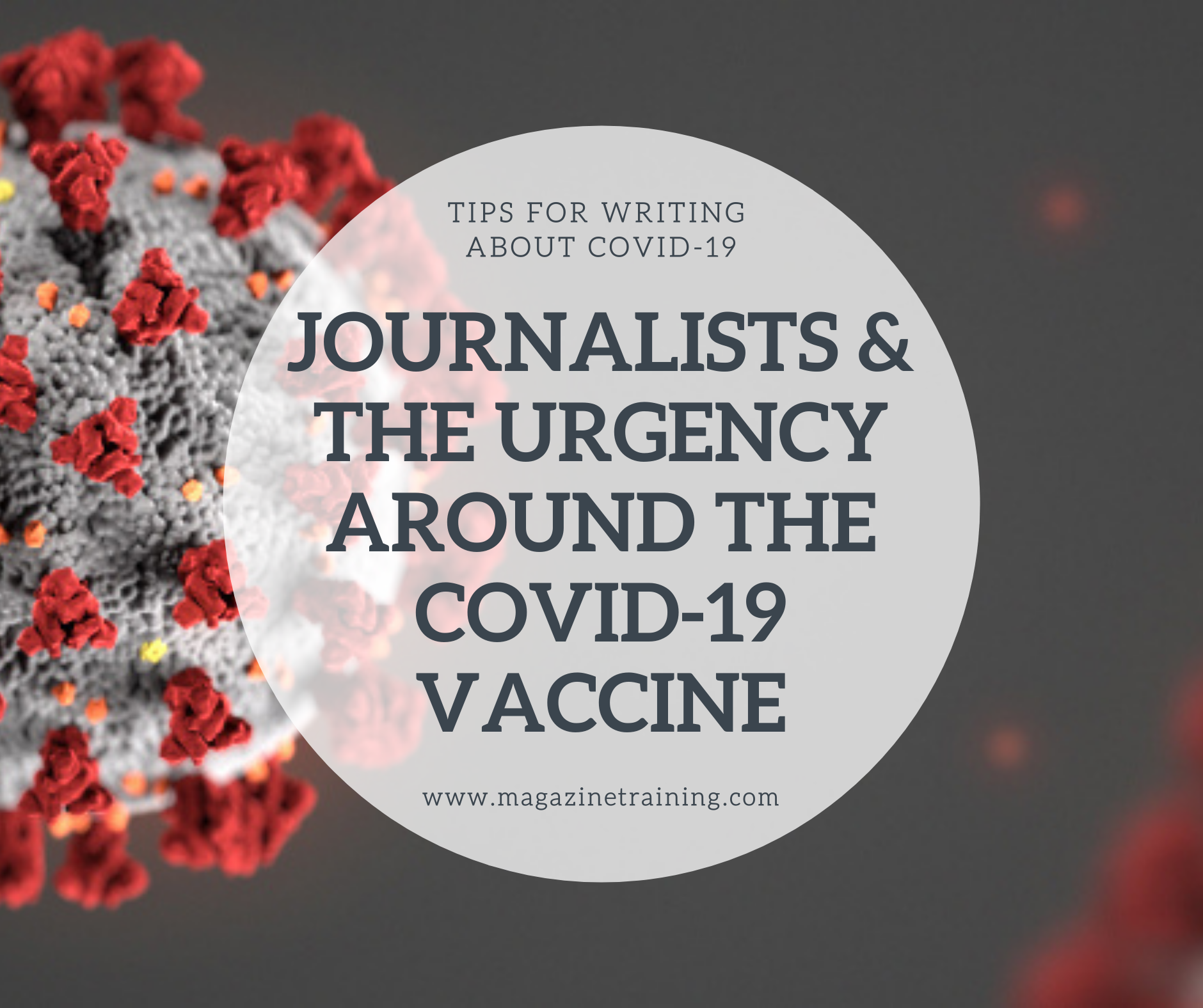 The COVID-19 pandemic to date has killed more than 2.6 million people across the globe — roughly the population of Lithuania. The health crisis is arguably the biggest story of the last century, and journalists are very much a part of it.

The vaccine rollout is now well underway globally, and journalists are deliberating how urgently they should push to get their shots, given the risks associated with many types of reporting. As they do so, they’re considering the optics, their ethics and how it impacts coverage.

Here’s what reporters around the globe have considered:

What are the guidelines where you are?

Many countries are struggling with their vaccine rollouts. Canada, for example, has lagged behind, as has much of Europe. These countries haven’t prioritized journalists.

The reality is that most people’s decisions and ability to be vaccinated will have little to do with their profession, and everything to do with their personal lives and health. “The type of reporting that I do, I am likely to do a lot of it over the phone,” said Shivani Persad, a freelance reporter based in the Toronto area. “I am more concerned with my parents who are in their 70s, and my aunt that I also live with, in her 70s.”

Journalism is frontline work — this became clear over the past year. Journalists were on the streets covering protests, like those against voter fraud in Belarus, and following the police killing of George Floyd in the U.S. Journalists have hounded elected world leaders who have sowed division and confusion around the science behind COVID-19, such as Brazilan President Jair Bolsonaro and former U.S. President Donald Trump.

Not all journalists cover these frontline stories, however. For example, food writer Leah Koenig, and Seth Rudetsky, a host on SiriusXM’s ON BROADWAY have been able to rely more easily on remote reporting.

The urgency around receiving a vaccine may depend on if you can do your job and cover your stories without putting yourself at risk. This is a factor for Thor Benson, a freelance journalist based in New Orleans, Louisiana. “I’ve intentionally focused on stories I can do from home,” Benson told IJNet. “I’m not vaccinated, so I’d rather not be putting myself out there like that.” Benson recently announced that he will soon get the vaccine, which will hopefully widen his storytelling opportunities.

Other journalists don’t have as much control over the stories they cover, and can’t necessarily opt to not report stories that put them in harm’s way. Luna Swafan, an independent journalist in Lebanon tweeted in January: “So if I go to cover 9 stories in hospitals now, or I’m assigned to do such stories… I still wouldn’t be a priority? Because journalists are only appreciated and loved when it’s convenient? Walaw?”

Many journalists are able to produce the same caliber of reporting over the phone or on a Zoom call, as they would at a press gaggle or from the newsroom. That’s not the case, however, for Brittany Kriegstein, a reporter for the New York Daily News. “Working from home was never an option for me,” Kriegstein told IJNet. “Every day I’m inside multiple people’s homes interviewing them. Many times they’re not wearing masks.”