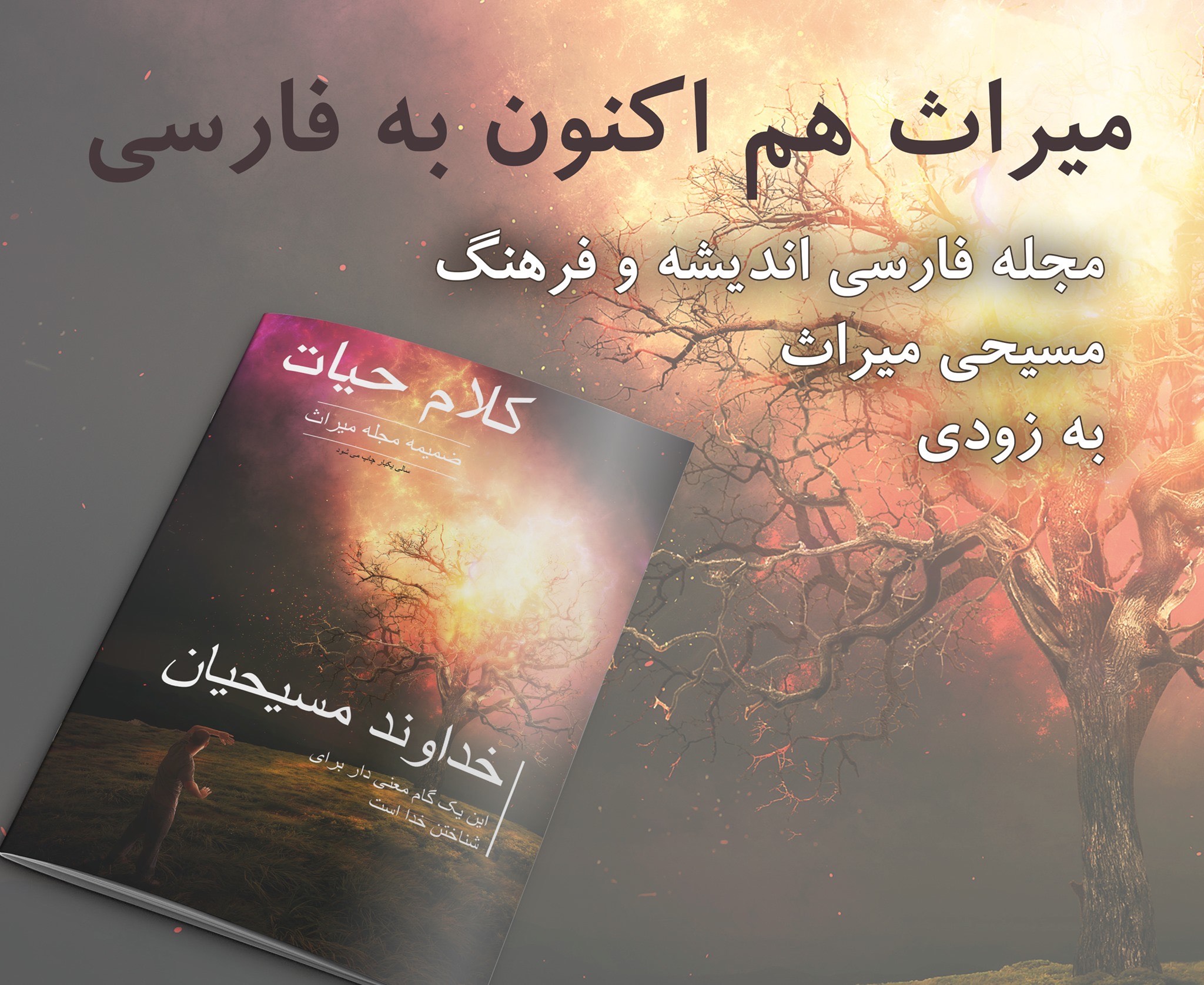 We are honored to announce the release of the first issue of Miras (Inheritance) magazine for Iranians. Our dreams came true and thousands of Iranians can read Miras magazine in their own language.

Our new Iranian magazine is not a new idea for me. I attended an Iranian evangelical church 13 years ago, after our Turkish service, and I had a lot of friends in Iran at that time. I witnessed that Iranian believers are experiencing a grim season in their personal testimony. I always appreciated their faith and loyalty in a tough situation.

They were mostly getting necessary Christian resources on the Internet, or following very limited publications from Turkey. After we decided to publish a Turkish magazine, an Iranian version was always on our mind. We found support this year, and immediately took action.

We primarily use articles translated from our Turkish magazine, but we are sensitive to the cultural context and the needs of our Iranian readers. We work with local Iranian believers who have experience in ministry to choose the articles. The magazine has 28 pages, and we print 1,000 copies.

We believe our magazine can be a useful tool for Christians who want to reach Iranian people in Turkey. We hope we can build a new bridges between Iranian churches and the refugees.

We believe God will provide us an independent budget for the Iranian magazine, and that this blessing will continue. At this time we only have the budget for one issue, and are still praying for additional donations– specifically for the Iranian issue of Miras.

By Gökhan Talas, founder of Miras Publishing Ministries in Turkey