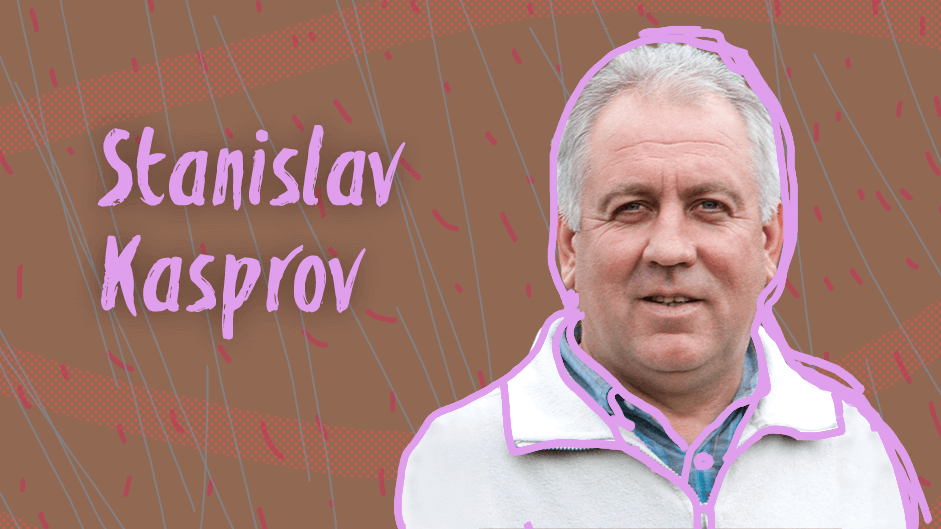 What led you into publishing? Why is Christian publishing important to you?

I became involved in book publishing in 1979 when I was 17 years old. It was an underground printing house in the former Soviet Union. For 11 years, we published the Gospels and various Christian books using silkscreen printing. After freedom came to our country, we were able to continue our publishing efforts publicly. In 1999, we registered Smyrna, the Christian publishing house I work for today.

Why did you start publishing magazines?

When I was 18 years old, our family received a secular magazine called Family and School. In each issue there were two or three good articles about the family and parenting, but the rest was political Soviet propaganda or articles completely contrary to the Bible. Once, after reading the magazine, I prayed: “Lord, I would like to have a Christian magazine for the family published in my country.” The Lord heard my prayer and 16 years later, we published the first issue of Christian Family (Khristianskaya sem’ya) magazine. It is now one of the most-enduring Christian magazines in Ukraine.

We began to publish Living Spring (Zhivoy Rodnichok), our magazine for children, as an appendix to Christian Family magazine in 2002 when our chief editor, Olena Gurina, took a course in publishing books for children in the U.S. In 2005, the supplement grew into a full-fledged magazine.

The Soviet Union dissolved at the end of 1991. You attended your first MTI conference in 1998.  What was it like for you as a Christian publisher at that time?

It was very difficult. There was a lack of equipment, tools, skills, and experience in the key areas of writing and editing articles, design of magazines, and distribution. We prayed that the Lord would show us people who have knowledge and experience, and could share with us. We give thanks to the Lord who answered our prayer and sent the MTI team to our country. They invited us to conferences and trained all our employees in publishing.

What do you remember most from the conferences you attended?

All conferences were useful, but for me the most necessary and informative was learning how to write magazine articles. To this day I continue to apply this knowledge.

Many foreign organizations/ministries were working in your region at the time. Was there something that set MTI apart?

MTI was very different. Each of the missions had its own vision and strategy, and very rarely took into account local conditions, culture, or traditions. If they did any kind of training, it was only for their employees, or within their confession, or group of churches. MTI is an organization that went above confessional, political, or other restrictions and began to serve the whole church of Jesus Christ. They began to serve all Christians, despite differences in religious traditions or forms of worship.

You and several members of your staff have attended MTI conferences over the years. What impact did the training have for your organization?

For our publishing house, it was like a sip of fresh water. Most of the employees were new converts, but about half had an old store of knowledge from the communist past. Others were young people who were educated, but who had no publishing experience. This created a conflict in the team. But they all studied together at MTI and after a while I saw positive learning outcomes. As a leader, it became much easier for me to work with trained people. We began to go in the same direction.

Our world is unstable in many ways. What are your hopes and dreams for Smyrna Publishing House and your magazines going forward?

We understand what it means to work in an unstable world. Over the past 20 years of Smyrna Publishing House’s existence, we have experienced two major financial crises in our country. But, despite this, with God’s help we did not close, but were able to withstand and even increase the publication and sale of books and magazines. We have a dream to start a magazine for women. We continue to pray about this.

What are your concerns for the future of the magazines?

So far, in our country, among the Christian periodicals, print is more valued than the electronic version. So we are trying to increase the number of subscribers to the print edition.

Yes, it’s necessary, since some of the employees that MTI trained no longer work in publishing houses for various reasons (retirement, change of occupation, emigration, etc.). New people have come, and there is a very great need for training.

Stanislav Kasprov is director of Smyrna Publishing House in Ukraine