Innovations in print, advertising, events and more: How COVID-19 is generating new opportunities for media 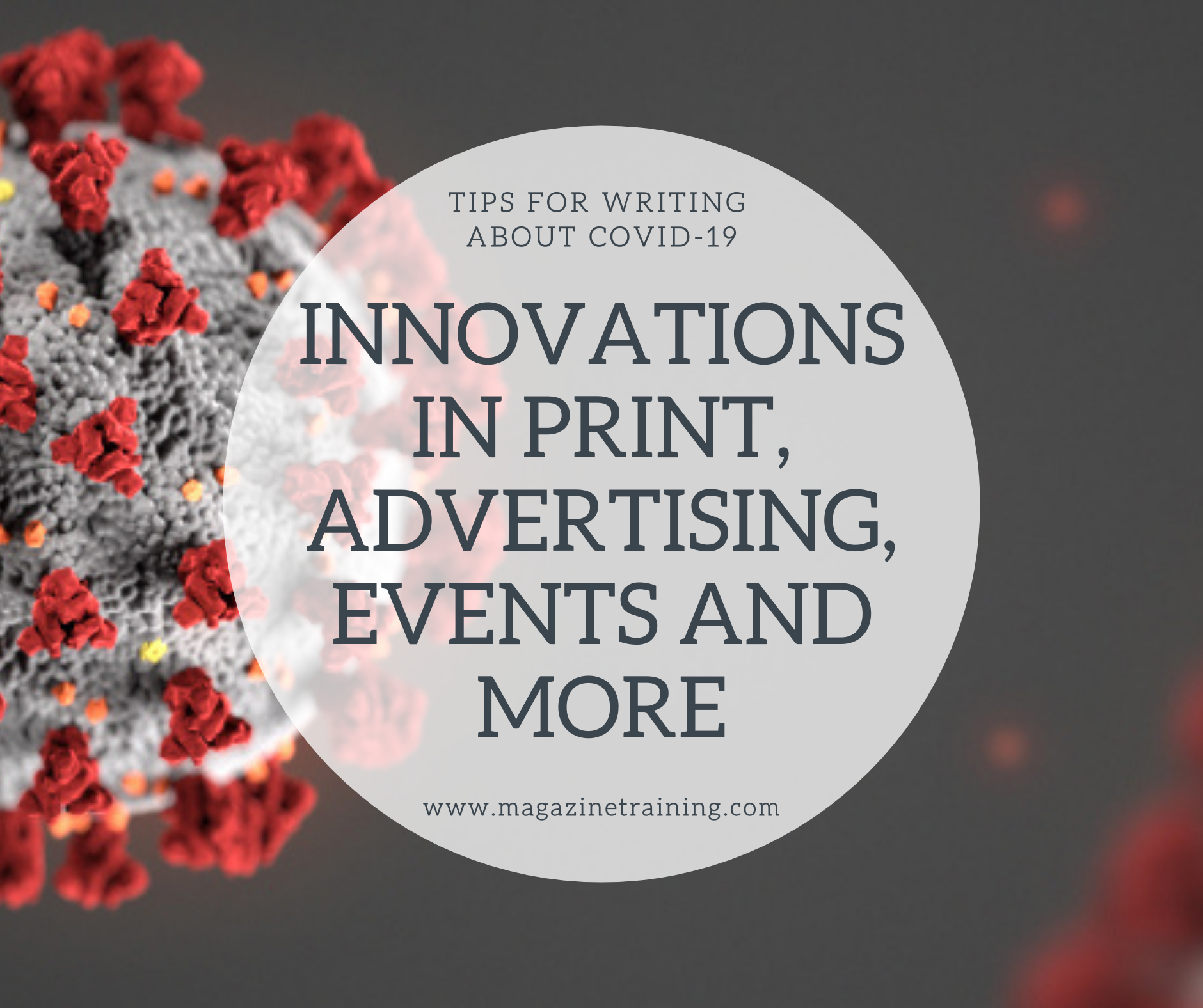 With every crisis comes opportunity, and that has certainly been the case for many publishers in 2020. We’ve heard from dozens of media companies, large and small, about how the pandemic has impacted them – for the worse, but also for the better.

Back in August, we spoke to James Hewes, FIPP CEO and President, to hear his insights on the situation during this unprecedented time. From capitalising on increased public trust and appetite for subscriptions to fast-tracking sustainability agendas and adapting to office-free life, COVID-19 is leading many companies to rethink their priorities – and make changes to their business models for the long-term.

In a pre-coronavirus landscape, much of the magazine media world was focused on deploying one major strategy: diversifying revenue streams. “Typically, the main ones would be selling copies, subscriptions, and/or advertising,” explains Hewes. “New areas of business might include ecommerce, live events, and digital media.”

Crucially, Hewes says, the pandemic has shown that they were right to do that. Two or three important revenue streams have been severely affected by the virus, so alternatives are vital. “The first of course is live events, which simply became impossible overnight in many places,” says Hewes.

The second is advertising: “During the height of the crisis in March, April, and May advertising virtually disappeared. If you think about something like travel, advertising for summer holidays which would usually take place, all that vanished.”

“Subscription sales have been up in print and digital for most of our members.”

Thirdly, retail sales of magazines were affected. But it isn’t all doom and gloom: “It hasn’t been as bad as first thought, since it turns out that people were still buying magazines from the retailers that remained open,” says Hewes. “Plus, subscription sales have been up in print and digital for most of our members.”

Perhaps most noteworthy is that a lot of these changes were coming down the track anyway. “The key word is really acceleration,” Hewes pointed out. “Essentially, the pandemic has forced a lot of FIPP members to take decisions that they were going to take regardless. Some smaller or weaker brands have closed, yes, but many were going in that direction already. This has just brought the changes on faster.”

Hewes noted that COVID-19 has given many magazine brands an immediate reason to focus on the future of their print businesses. “It’s pushed them more towards the trend of investing in production quality,” he says. “This enables you to increase the price but reduce the frequency. In other words, to reposition print as a luxury product.” (More on that below.)

Hewes predicts that most brands will come out stronger and healthier. “But we mustn’t take it lightly either,” he says. “People may have lost their jobs, lost their businesses, and we have a huge amount of sympathy for them.”

“Print is finding its place in the long-term media mix”

Hewes also spoke about print which, pre-crisis, was beginning to feel like it was finding its place in a predominantly digital ecosystem. COVID-19 has shaken up that trajectory – but not necessarily in a bad way.

“What we see is that print is a very important medium still,” Hewes explained. “But at least in magazine media (leaving aside newspapers), it is undergoing a big repositioning based on two things: one is print becoming a ‘luxury’ product, and the other is increased public trust.”

The first trend is being driven by consumers’ growing willingness to pay for better quality publications which are published less frequently, but with increased pagination, higher quality paper – and a higher price tag. “Rolling Stone Magazine in the US is a great example of this,” says Hewes.

On the second point, studies are showing time and again that in an era of fake news and unregulated social media, print is one of the most trusted – if not the most trusted – medium in the market. “I really think we haven’t made the most of this as an industry; we could do more to enhance our credentials,” says Hewes.

He cited a recent Edelman Trust Barometer report, which found that more than 60 percent of people trust traditional magazines and newspapers, versus between 30-40 percent for digital media – and particularly social media networks. High quality, trustworthy content has never been more in demand.

“If print publishers can focus on these two things, we’ll be in a good place as an industry,” Hewes says.