Inform and do no harm: Combating fake news 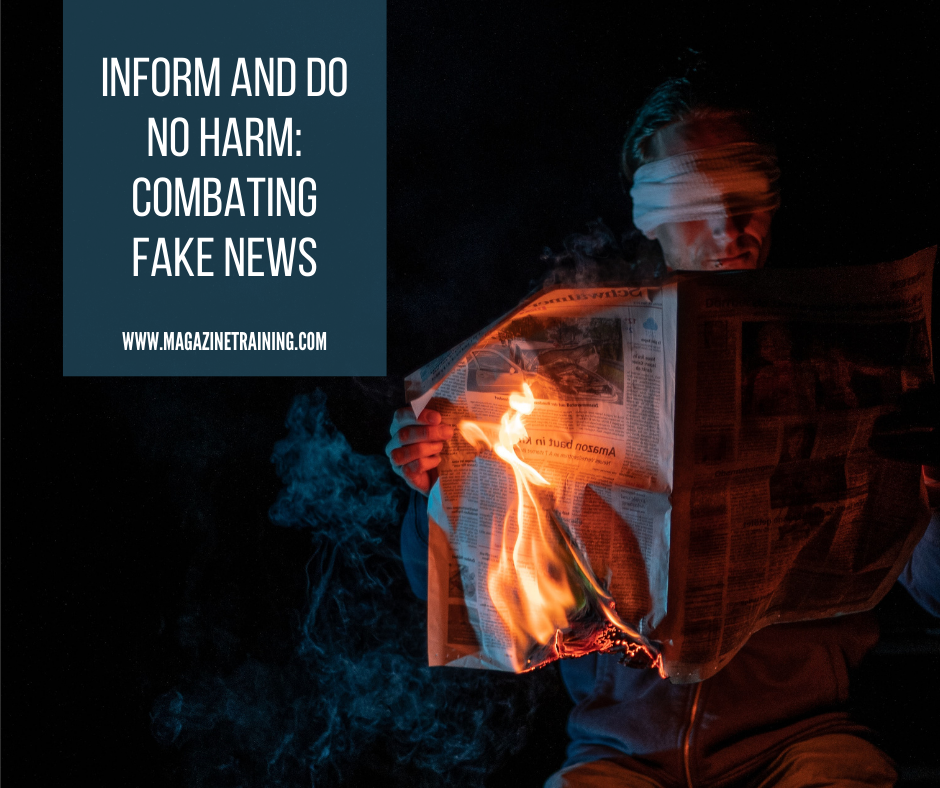 As Christian journalists, we should take pride in the accuracy and truthfulness of our work, but doubly so. Not only is your credibility at risk, but your testimony. The rampant invasion of fake news makes it imperative that we focus on fact-checking to produce a true and excellent product.

Fake news aims to confuse the audience to the point where no one trusts the media at all. When Wikipedia first launched, it was generally acknowledged that it wasn’t a reliable source. However, now it feels as though you must carefully scrutinize the source and agenda behind everything you read online.

“Misinformation spreads because it appeals to people’s ‘political sweet tooth.’…But the speed at which it spreads is largely due to advances in technology,” said Bianca Fortis in her article “The fact-checking army waging war on ‘fake news’” for International Journalists’ Network.

Taking the high road may feel lonely. But rest assured, there are journalists in Christian and secular media striving to combat fake news. One journalist, Margo Gontar, co-founded the Ukrainian fact-checking website StopFake in 2014. Measures are being put into place to stop the spread across Asia, as mentioned in this 2018 article by Shotaro Tani.

Another journalist, Rick Brunson, associate instructor of journalism at the University of Central Florida, encouraged his students and fellow professionals to print the truth, “[I] headed down to the Orlando Sentinel where I’m blessed to work with a team of amazing professionals who put whatever personal feelings they may have aside to write, edit, shoot, and deliver an accurate record of the day’s historic events. Our quarterback, the news editor, stood and told us all: ‘Let’s make sure we get this right. Our readers are counting on us.’ I could not have been more proud of him or our team, the supposedly ‘fake news’ mainstream media.”

As you produce content for your magazine, browse these related resources as you strive to print the truth: