In the print vs. digital battle teenagers deliver a surprise 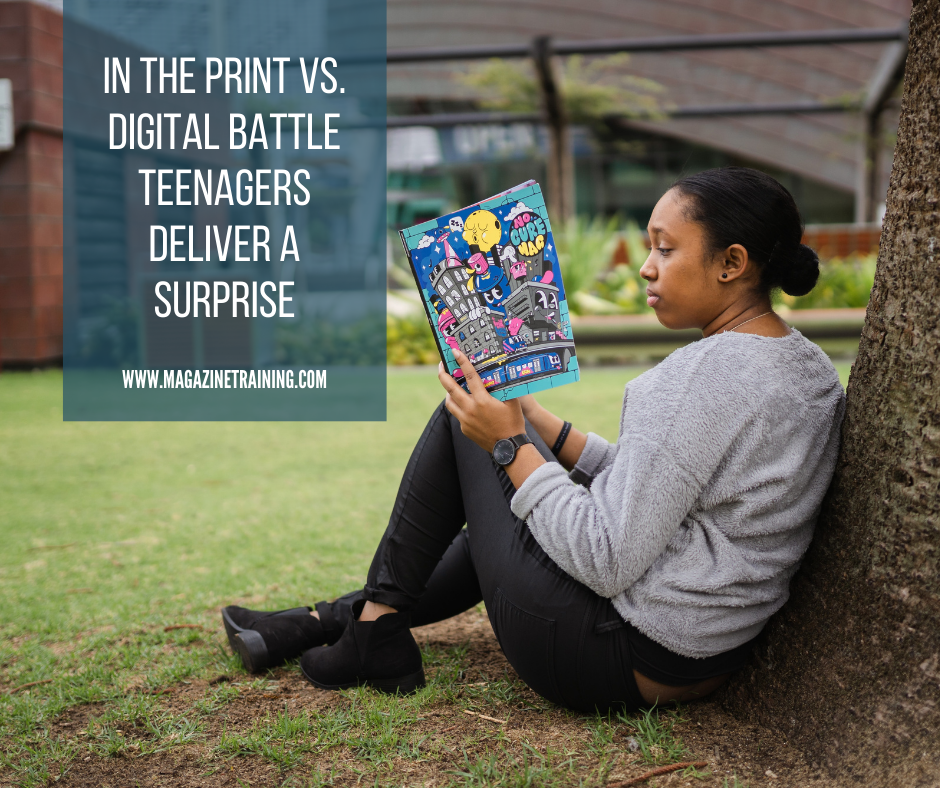 Teenagers grew up with computers and spend hours each week on electronic media. So, naturally, they prefer e-books to paper, right? Wrong, say researchers in multiple countries. Print is considerably more popular than e-books among readers 16-24 in Great Britain, according to a survey carried out last year for The Bookseller Children’s Conference.

The findings are not unique to England, according to Naomi Baron, linguistics professor at American University, who surveyed more than 300 university students from Japan, Germany, Slovakia, and the U.S. She found that 92 percent preferred to do serious reading in paper books, rather than e-readers, computers, phones, or tablets.

Reading in print actually may be a better option for students, according to a Norwegian study reported in ScienceNordic.com. A study of 10th graders completed early this year showed that comprehension is better when reading texts in print versus on a computer screen.

Researchers theorize that the experience of relating to a book physically produces a mental map of the entire text, something readers don’t experience with an e-book where they can see only a page or two at a time.

Paper also seems to communicate more to the emotions than a screen does, according to tests conducted by researchers at the University of Alberta in Canada. Their test results seem to indicate a connection between sensory perception and involvement in the text.

The results may be different for magazines and newspapers, since the research targeted only book reading. However, the research results are dramatic enough to give even periodical publishers a reason to question the automatic conclusion that because they grew up in the digital age young people naturally prefer digital to print media. It’s something to think about.

Read more from Sharon Mumper on her blog.