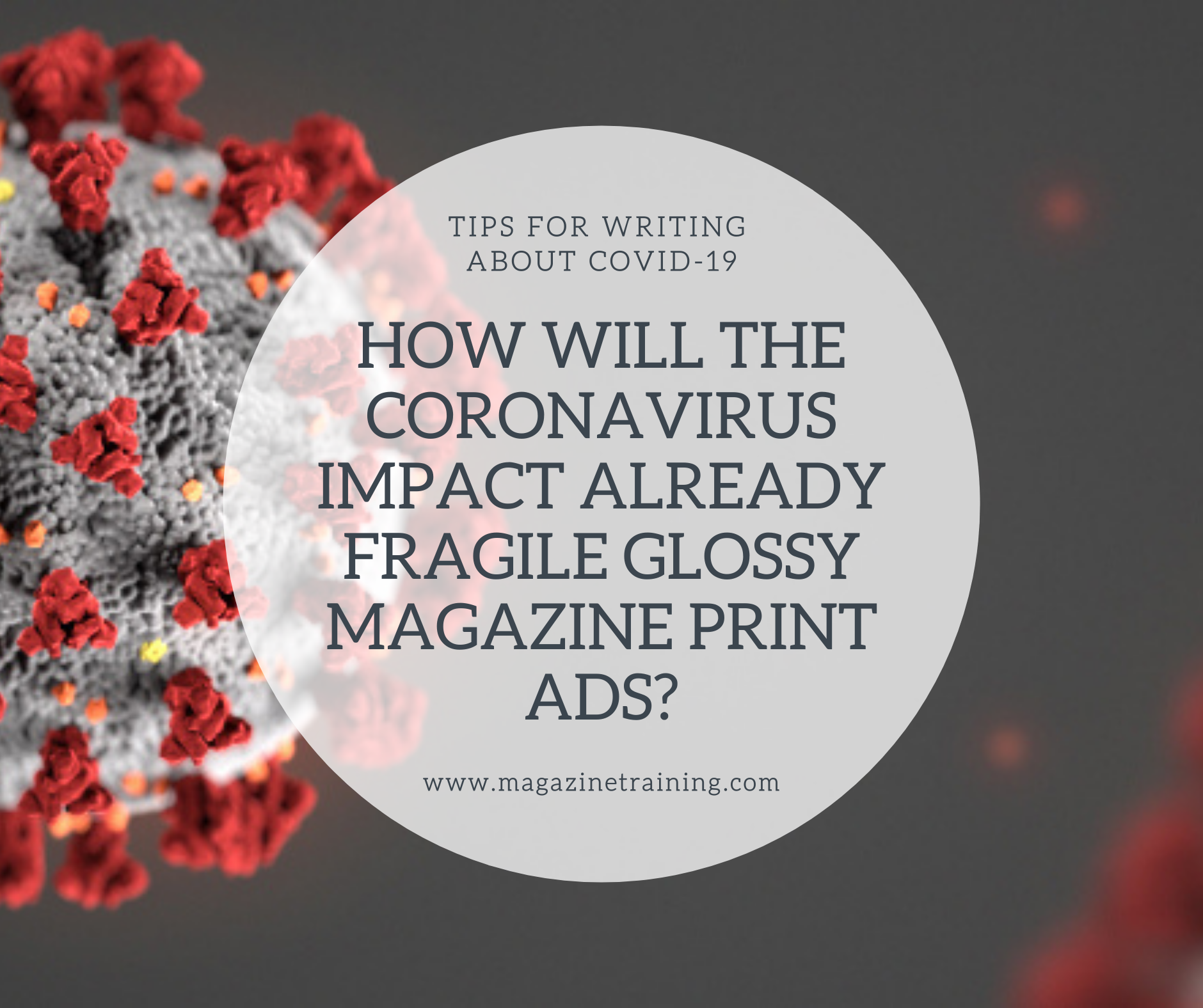 With May editions wrapped up before the crisis exploded, the full extent of the toll it will take on advertising will likely not be seen until the crucial September issues.

As it prepares to launch its May issue with cover face Gal Gadot, Vogue took to its Instagram account to tell its 26 million-plus followers that it was “reported and written before COVID-19 began to take hold in the U.S.” “It went to press as profound changes to daily life were being seen across the country,” the magazine explained.

Vogue is just one of many monthly fashion and lifestyle magazines that won’t have much COVID-19 content apart from it being mentioned in the editor in chief’s note and maybe a couple more references, if anything at all, with most wrapping up their newest issues before large parts of the U.S. were forced to ground to a halt.

But it’s not just the content that won’t reflect what’s happening in the outside world. While down significantly from the long-gone heyday of magazine publishing, there will still no doubt be a decent amount of advertisements from luxury brands in these titles at a time when many have closed their stores, are making face masks instead of clothes and handbags, and have slashed their marketing budgets due to the global plunge in their revenues over the first few months of the year.

That’s because, unlike newspapers, the impact of the coronavirus crisis on advertising won’t immediately be seen in glossy magazines since they have a lead time of around two to three months. As a result, many of these ads would have been sold before there were any confirmed cases of coronavirus in the U.S. View Gallery

Instead, advertising experts expect the first signs to start to appear in the June issues and by September, the most important month of the year for magazines, the decline will be clearly visible, especially for those that depend on luxury brand advertising. Independent magazines will likely feel the pain more quickly.

“The luxury category is seriously negatively impacted in the short term so there’s probably certain specific titles that are going to be hurt harder than others at least, as it relates to future commitments or near term commitments of spending,” said Brian Wieser, global president of business intelligence at WPP’s GroupM. “Certainly the evidence from China so far suggests that luxury is hard hit.”

Just over a month ago, before most of the U.S. was working from home, MediaVillage analyst Jack Myers was predicting consumer print magazine advertising revenue would drop around 2.8 percent in 2020 due to COVID-19. Now he is forecasting a fall of more than 16 percent for the industry as a whole and for some publishers to underperform their 2020 budget expectations or revenue expectations by as much as 50 percent.

“We’ll see magazines stop publishing, become thinner, become special issue-orientated with a high subscriber price or a high single-issue price,” he predicted. “The weak will get weaker. Those that have the resources to survive will shrink and I think we’ll see an acceleration of trends that were already in place.”

Michael Moszynski, founder and chief executive officer of London Advertising Agency, believes that in the short term, the slump will be “a lot harder” than the 2008 financial crisis because day-to-day expenditure has dried up.

“That revenue isn’t going to come back later in the year,” he said. “Where clients have retained any ad spend they’ve retained it in the digital sector because they see that as easier to turn on or turn off. It’s quicker. You’re not into two-month lead times, all of those things. So that’s further exacerbating an issue that already existed.”

Part of the issue is that many U.S. magazines were already in a fragile position before the coronavirus crisis in terms of print advertising, which still accounts for the bulk of revenue despite the rise of digital and video.

According to the Association of Magazine Media, magazines lost at least $417.5 million in advertising revenue in 2017. It did not respond to a request for 2018 data, the most recent available, or for comment on how the industry is faring. But in the U.K., there are signs of what could come in the U.S. In a recent letter to Oliver Dowden, the British secretary of state for digital, culture, media and sport, The Professional Publishers’ Association, which represents Condé Nast U.K., Hearst U.K., Time Out Group and Net-a-porter Group, warned that publishers reported that advertising revenues were down between 20 percent and 95 percent for the coming quarter.

Back in the U.S., already troubled W magazine is struggling even more, with owner Marc Lotenberg telling The New York Times last month that “the bottom has dropped out of the luxury market.” As a result, some print staff, who were already working from home, have been furloughed, and the online team is on reduced salaries.

And in an e-mail to staffers Wednesday, Jim Bankoff, the ceo of Vox Media, which owns New York Magazine and The Cut, as well as Eater, Vox and Recode, among others, delivered a gloomy outlook on advertising. “I’ll state the obvious that the advertising market is experiencing a downturn unlike ever before,” he said.