How to deal with pre-publishing nerves 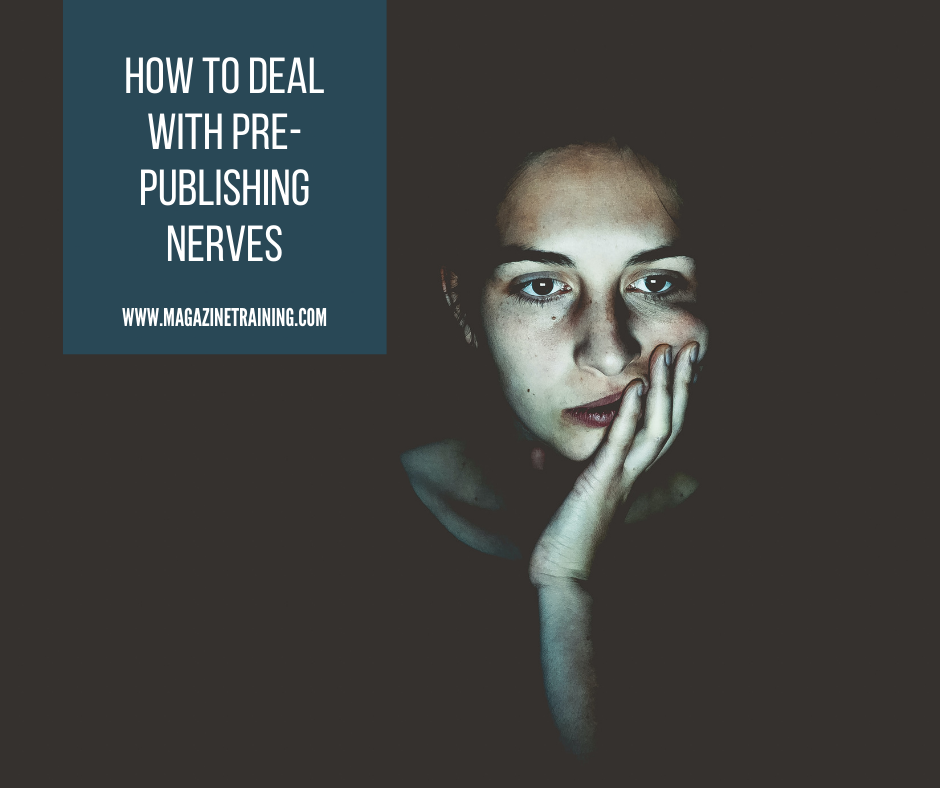 Having your work published and your name out there can feel both exhilarating and terrifying. There’s the obvious thrill of finally circulating the stories you have been working on and getting a byline under your belt, but presenting your efforts to the world can also trigger stress and worries. Even after crafting an excellent piece, you might wonder: Did I do a good job? Are there mistakes I couldn’t spot? Will people read and engage with this?

“As journalists or people who write and get published, [on] the one hand we really want to get our message across, and on the other hand we are shy and vulnerable,” said Emma Donaldson-Feilder, occupational psychologist at Affinity Coaching and Supervision. “There is that want to express, but at the moment when [a piece of writing] becomes published, we suddenly have that fear of how it might be seen, viewed, [and] come across.”

Since online platforms and social media allow immediate and direct feedback, journalists can feel like they’re under an intimidating level of scrutiny. When a story goes live, your sources, readers, and everyone else can publicly and instantly point out a misstep, criticize or even attack you. Accountability is a positive motivator, but the fear of messing up can become paralyzing.

When, back in February, freelance journalist and creative consultant Maansi Kalyan wrote about the Indian Farmers’ Protest for VICE, she had already received backlash on social media for voicing alternative views. “Some criticism [was] verging on threatening, so to say I was anxious to release an article covering the topic that’d be read all around the world is an understatement,” she said.

Having just recently gone full-time freelance, Kalyan feels more anxious than ever about projects. “This is despite the knowledge that I’m good at what I do and the belief that I’m talented. ‘Imposter syndrome’ is almost a rite of passage, I’ve learned, especially amongst women of color in arts career trajectories.”

Emerging writers don’t necessarily have it worse, though, according to Donaldson-Feilder. It could go either way: “If you’re new and don’t know how it might be, you might have less fear because you’re just jumping in there.”

Photo by Niklas Hamann on Unsplash